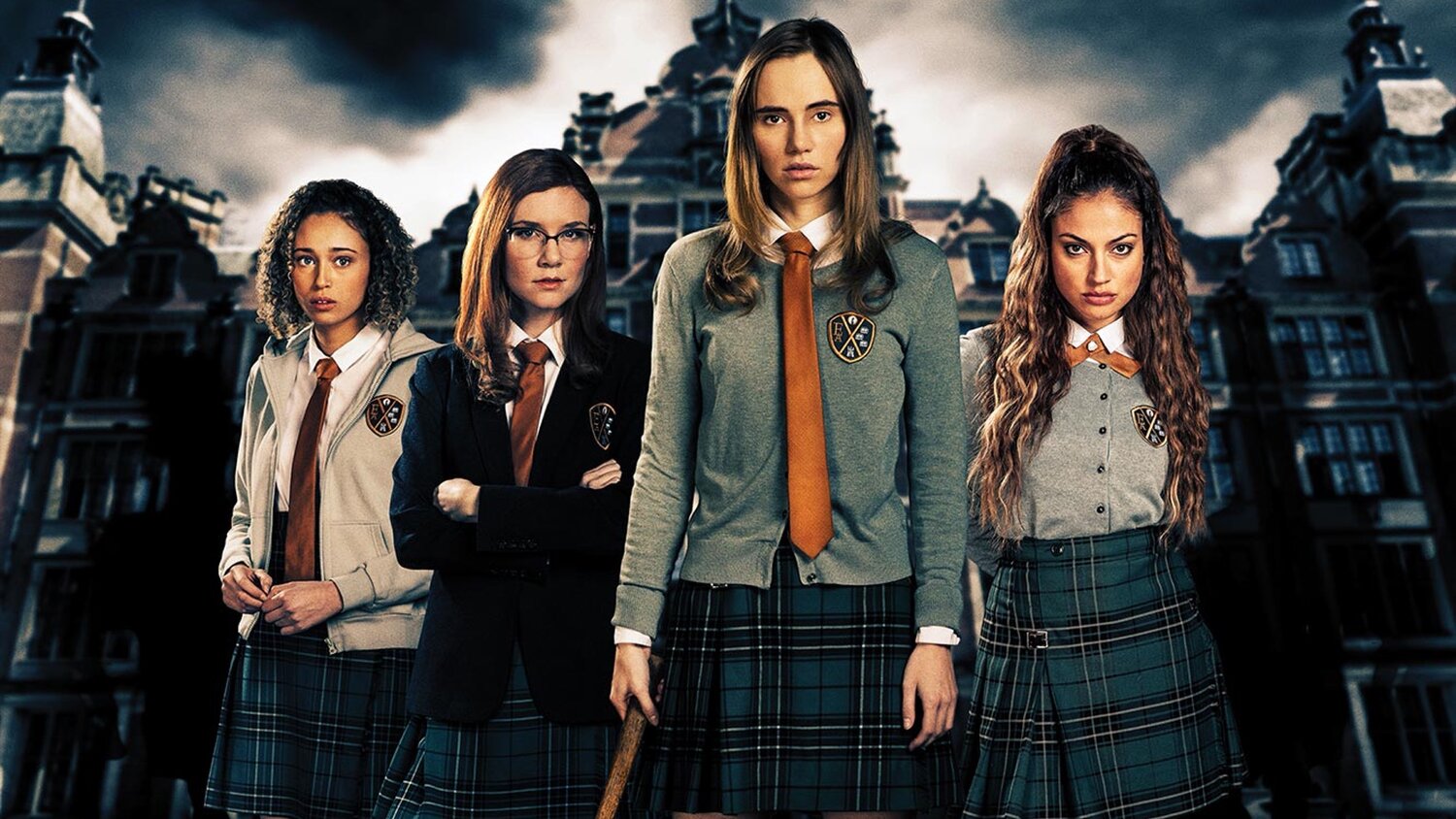 Shudder has released the first trailer for a new murder mystery horror thriller titled Seance. The story is set at a girls boarding school where a young woman recently died. The movie stars Suki Waterhouse (Assassination Nation, The Divergent Series: Insurgent), who ends up moving into a dorm room, which is said to be haunted and she tries to figure out what happened.

Camille Meadows is the new girl at the prestigious Edelvine Academy for Girls. Soon after her arrival, six girls invite her to join them in a late night ritual, calling forth the spirit of a dead former student who reportedly haunts their halls. But before morning, one of the girls is dead, leaving the others wondering what they may have awakened.

Simon Barrett (You’re Next, The Guest) wrote the screenplay and makes his feature directorial debut with the film. He talked about his inspiration behind the film, saying:

The best horror movies are, at their core, mysteries. There’s always an element of the unknown, or the unknowable, at the center of the narrative, with the characters providing the audience with a tool to scrape away at its surface, ideally dreading what they may find beneath.

Many classic horror films embrace this directly. Slashers like the original Black Christmas, The House on Sorority Row or Scream, or beloved giallos such as Deep Red, The Black Belly of the Tarantula and Blood and Black Lace deliver variations on traditional murder mysteries while lacing them with scares. Additionally, these films were modern and relevant, providing audiences with catharsis for the cultural anxieties of their times.

I have long wanted to make my own variation of this horror-mystery narrative, but with the added goal of weaving in supernatural elements, as ghost stories tend to be murder mysteries as well. This thought process led me to write Seance, a film that I hope pays effective homage to the teen slasher mysteries of my youth, while at the same time being its own unique thing.

As horror cinema is often susceptible to waves of faddish subgenres, to which I myself have unabashedly contributed, people sometimes ask me what I predict the next trend in horror will be. I think trends are born when creators give horror viewers what they’ve always wanted: fun, original, relevant films that genuinely surprise and unsettle. My goal with Seance is to create a horror film that contains elements of comedy, romance, intrigue and action, one that hopefully makes viewers want to watch it again, just like I did with the films that inspired it.

This looks like it could be a solid horror flick, and as a fan of The Guest and You’re Next, I’m looking forward to watching it! The movie is set to be released in theaters, On Demand and Digital on May 21, 2021.