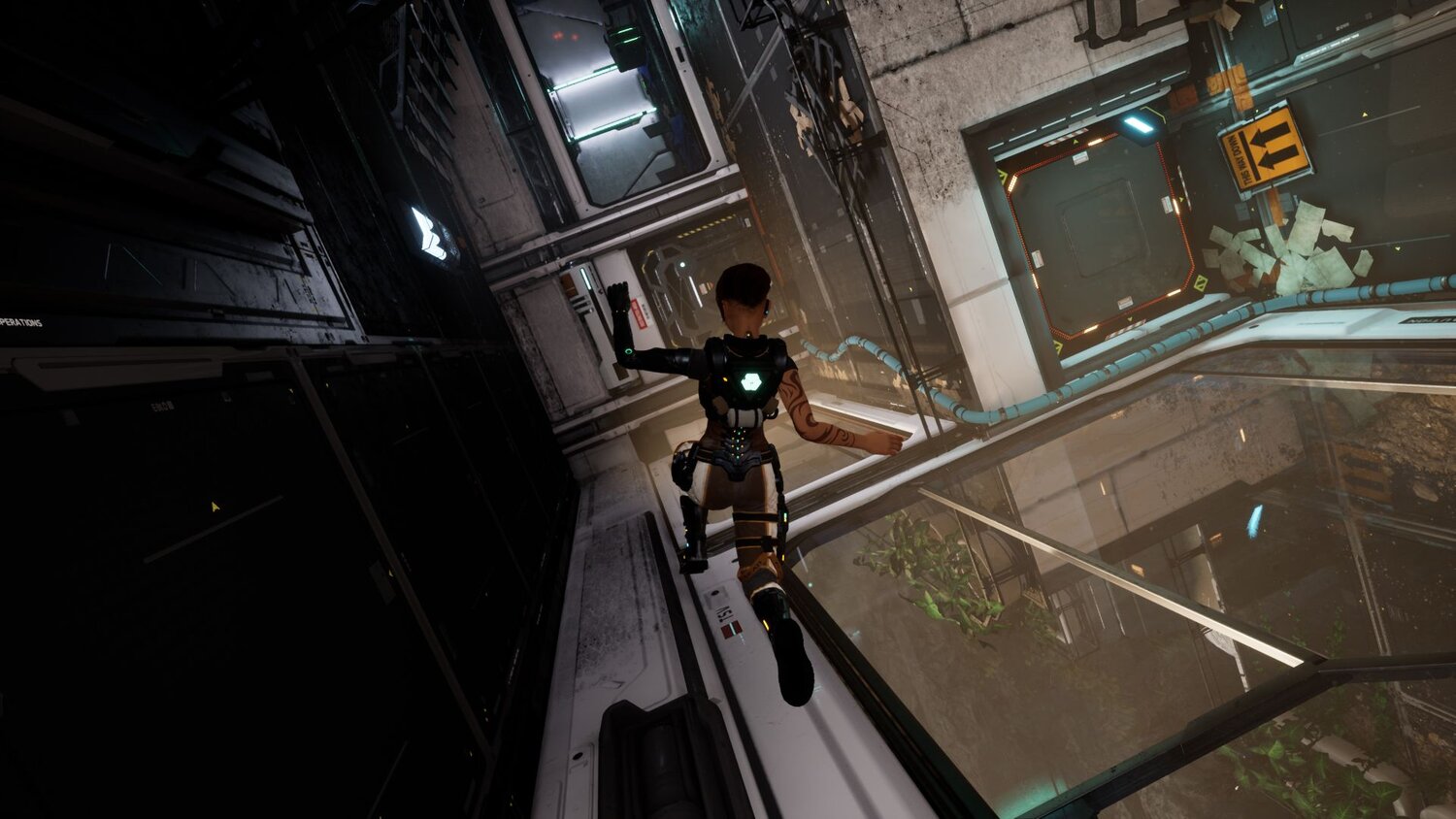 Mindhaven Games has released a free demo for their upcoming puzzle platformer Sky Beneath. The game requires you to defy gravity and solve puzzles on the floor, wall, ceiling, and every combination.

Sky Beneath is a rip-roaring sci-fi yarn where up and down are all relative. Players assume the role of Cassie, an intrepid scavenger seeking salvage in abandoned mining facilities. Aided by her inventor friend Annie and the use of advanced alien technology, Cassie takes control of the gravity to walk on walls and ceilings and change the gravity direction of objects around her. Up and down are all relative in this mind-bending adventure!

Set on a planet where an uneasy alliance between humans and technologically advanced aliens has caused an increased rift between the rich and the poor, Cassie and Annie must uncover the truth of what happened to the previous inhabitants of this land and how to get off this ravaged planet. As they solve increasingly complex puzzles, they’ll traverse high tech research labs, opulent floating cities, and alien citadels. They’ll also encounter alien flora and fauna, like the mischievous ratcoons, which are exactly what they sound like.

Mindhaven Games was kind enough to provide me with early access to the demo for Sky Beneath, and overall, I think the game has a lot of potential. If you like Portal, this is going to be right up your alley. It is a 3rd-person experience, but I will say that I can see the game making people motion sick all the same with all the gravity changing.

As I played across the demo, I enjoyed the relationship between Cassie and Annie and the overall gameplay. I also think that overall, the graphics are very pretty. However, I felt like the facial animation is stiff and a little lifeless, and I was constantly frustrated that you could only change gravity at 90-degree angles instead with no possibility of 180-degree flips. I’m sure the latter was very deliberate and I can’t really fault them as it does increase the difficulty and is only a minor frustration. The former is something that I’m sure either people won’t notice too much or could potentially be addressed before the final release and has no impact on the actual gameplay.

If you like puzzle games, I would highly recommend downloading the demo and taking it for a spin. There’s literally nothing for you to lose with trying a free demo. You can play the demo for Sky Beneath for free now on PC (via Steam).