The Hellraiser series introduced a new type of monster to the horror movie genre, but they were far from stereotypical. These creatures embodied the most twisted elements of pleasure and pain. Behind-the-scenes Hellraiser facts reveal a nightmarish collage of sadomasochism, artistic expression, and even a code of honor that reflected on their reputation.

The Cenobites are among the most interesting movie monsters ever created, with detailed mythology and complex motivations, as opposed to being mindless slasher villains. Not all Cenobites are alike, however. Some are brilliantly designed, while others attempted to capitalize on the franchise’s growing popularity in the worst ways.

Terri was an extremely confused, sad, and lonely girl who was manipulated by many people during her life, including the arrogant J.P. Monroe, owner of a nightclub called the Boiler Room. She was incapable of dreaming – a fact which made her mentally unstable, and ultimately susceptible to Pinhead’s influence.

After killing J.P. and releasing Pinhead, Terri was turned into the Cenobite known as Dreamer. It was one of the worst Cenobite designs, particularly because Dreamer had no real powers in comparison to her brethren. She was also far more human in appearance than the rest, which didn’t add much to her own malevolence.

Philip Channard was a human surgeon obsessed with unlocking damaged minds, but this ultimately proved to be denial on his own part. Channard was secretly obsessed with the occult, particularly the puzzle boxes that opened the doorway to Hell. From a very early age, he showed signs of psychopathy which would manifest into him becoming a cruel and unrepentant villain.

Upon entering Hell, Channard was turned into a powerful Cenobite with grand ambitions for the unfortunate souls that would cross his path. He is one of Hellraiser’s most effective and convincing Cenobites, with a fearsome presence and character design that is positively macabre in nature.

This Cenobite is actually an amalgamation of two identical twin brothers named Mark and Michael Bradley, who were considered inseparable by friends and family. They were employed as guards at a museum that housed a Lament Configuration created by John Merchant, which interested both Pinhead and Angelique, the princess of Hell.

Pinhead picked up on their secret fear of being separated, and decided to bond them together, quite literally. Unfortunately, a mix of bad CGI and a rather underwhelming final design made the Siamese Twins look far sillier than was probably intended. It just didn’t work, especially when compared to the most popular Cenobite designs in the series.

Angelique started out as a separate entity from Pinhead and his Gash of Cenobites. She was a princess of Leviathan’s realm who entered the mortal world to put an end to the LeMarchand bloodline. In the end, her actions would be their undoing when LeMarchand’s descendent managed to destroy them all.

Angelique eventually joined Pinhead as a Cenobite, and is the only known demon who was turned by Pinhead. Fearsome in her human form alone, she was equally as terrifying after being turned into a Cenobite, making her one of the most understated in the criminally underrated Hellraiser franchise.

Hellraiser III introduced another Cenobite that was cobbled together by the twisted mind of the pure-evil Pinhead. Jim Hammerstein was a local club DJ who suffered the unfortunate fate of having played a gig that was crashed by Pinhead. The Cenobite set forth massacring everyone in the club, including the DJ, in one of the Hellraiser franchise’s most unintentionally funny scenes.

His death was not the end, however. He became CD, so named because of the fact that he had CDs lodged in his skull to act as a sort of twisted-looking halo. He could also throw CDs as lethal projectiles to slay his victims, which was an extremely silly and campy premise that didn’t quite pay off.

Hellraiser: Judgement is often criticized for being a low-budget sequel with too much focus on non-Cenobite-related storylines. It did, however, add interesting new dimensions to the Hellraiser lore, such as the Stygian Inquisition, a separate branch of Cenobites who pass judgment on doomed souls.

Chief among them is The Auditor, an authority figure in Hell, similar to Pinhead. This Cenobite behaves far more like a human than a demon, speaking like a common person, and even cracking jokes at regular intervals. It’s this passive and unassuming personality type that hides a much more sinister agenda, making the Auditor one of the most interesting additions to the series in some time.

Later Hellraiser sequels decided to get increasingly more creative with Cenobite designs, and the results were mixed, to say the least. Hellraiser III introduced Camerahead, a friend of lead protagonist Joey Summerskill who was transformed into a Cenobite by the raw power of the evil Pinhead persona.

Camerahead’s right eye was fused with a camera lens which could blow up objects, or stab his prey up close. This particular Cenobite triggered a new direction for the series – one more interested in capitalizing on the notoriety of Hellraiser, as opposed to making something more artistic in design.

Possibly the second most iconic Cenobite of all time after Pinhead, Chatterer had a particularly tragic backstory. He was, in fact, a young 16 year old boy plagued by a life of constant abuse, and a desire to be loved for who he was. Unfortunately, this would take him down a horrible life path that led straight to him solving the Lament Configuration.

He emerged from the experience as the Chatterer, a voiceless Cenobite so named because of the incessant chattering sound produced by his teeth. Nothing was known of him in the first film aside from his creepy design, but the second Hellraiser film finally gave some emotional weight to the character.

Clown was a Cenobite tasked with entertaining the children who are brought into Hell, but are too innocent to be judged. To that effect, he put on a show where he demonstrated a series of gruesome acts in order to frighten them. He was punished severely by Leviathan when he deviated from this formula, and pulled a rabbit out of a hat to entertain the kids.

After being transformed fully into a Cenobite, there was little to differentiate Clown from his brethren. The character design was part Joker, and part Pinhead, fused into a body resembling the latter. He was neither the most interesting Cenobite of the bunch, nor the most effective.

Pinhead is the leader of the Cenobites, and the chief agent of Leviathan, known to many as the Hell Priest. Contrary to popular belief, Pinhead is not, in fact, a villain. In fact, it could be argued that he’s not malevolent at all, but rather a sadist in charge of enforcing the rules of Hell, and the puzzle box that leads so many humans astray.

Pinhead can be reasoned with, and has a strong sense of right and wrong. He has outwardly refused to take innocent lives, doing so only when his darkest id was separated from his consciousness to form a purely evil being. 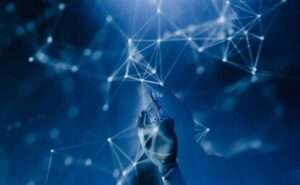 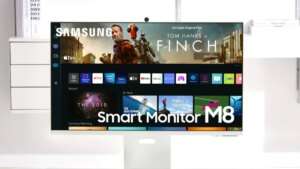