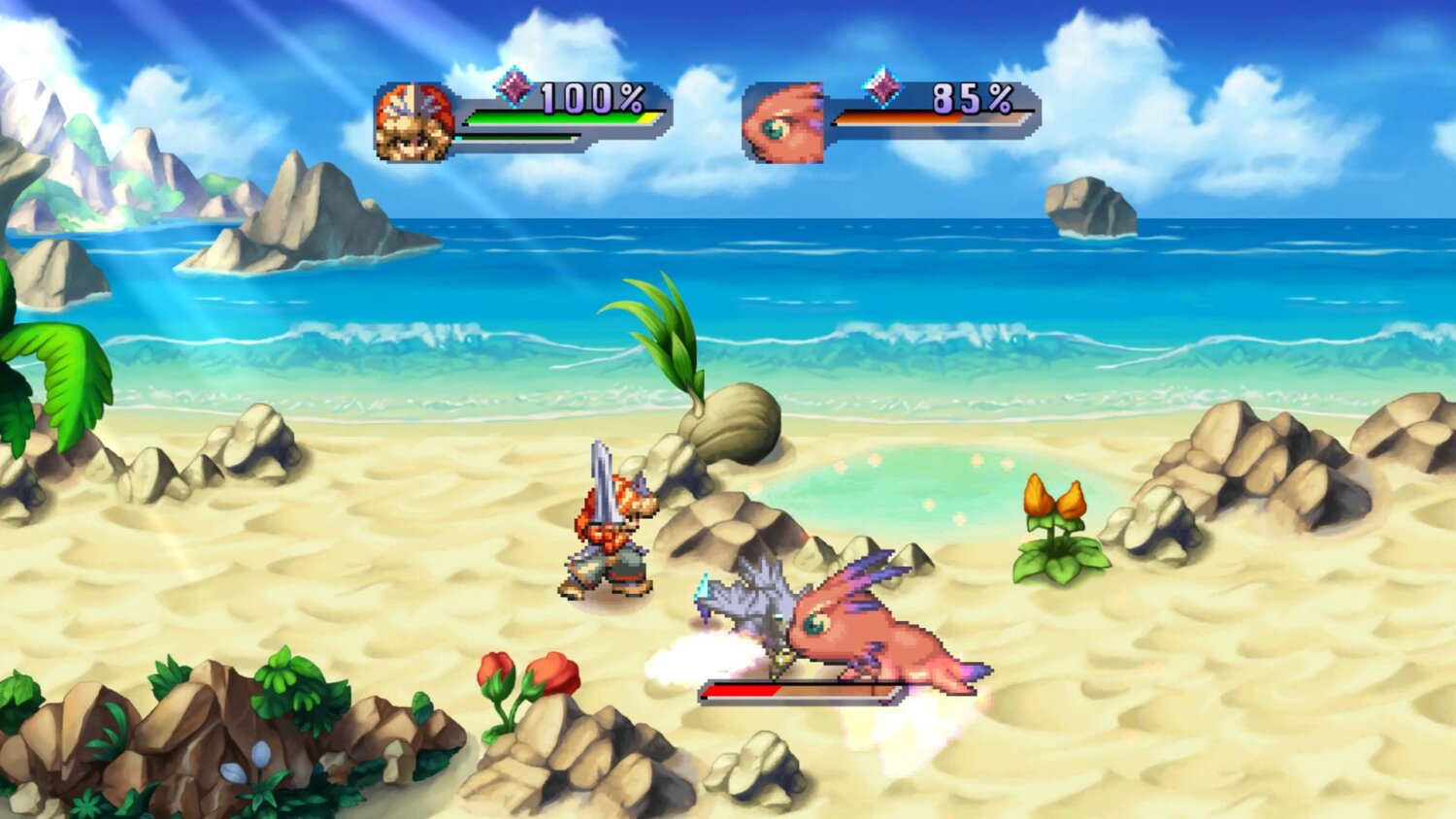 Square Enix is launching Legend of Mana this June and they recently shared some more information about the remaster. Players will be able to enjoy two story arcs, the Escad Story and Dragon Killer arcs,. They’ll also have access to new exclusive equipment at the Equipment Smithy, capture and raise pet monsters, and have access to magical golems. In addition, players will be able to access the orchard in the secluded dell to get fruits and vegetables used for feeding pets, painting golems, and altering equipment.

In Legend of Mana, new and returning players will step into the shoes of the protagonist, embarking on a journey to find the mystical Mana Tree seen in a dream, only to discover that the world map is empty. Throughout their adventure, players will encounter multiple stories, a colorful cast of characters, square off against fearsome monsters in real-time combat and explore the vast world of Fa’Diel, all while experiencing the beloved RPG’s timeless story.

In The Escad Story Arc, players will follow four childhood friends – Escad, Daena, Matilda and Irwin – through the span of their friendships and encounter their conflicting motives in the wake of the Faerie Wars that took place over a decade prior. Additionally, players will join Larc, dragoon of Drakonis in The Dragon Killer Arc as he embarks on a mission to slay the Dragons of Knowledge as well as challenging another dragon, named Sierra.

Here’s a little more about some of the aforementioned features.

Legend of Mana will be available on June 24 for the Nintendo Switch, PC (Steam), and PS4 for $29.99. Anyone who purchases the game before July 23 will gain 10 avatars and a custom theme on the PS4 or a wallpaper for PC. Pre-orders are live now.