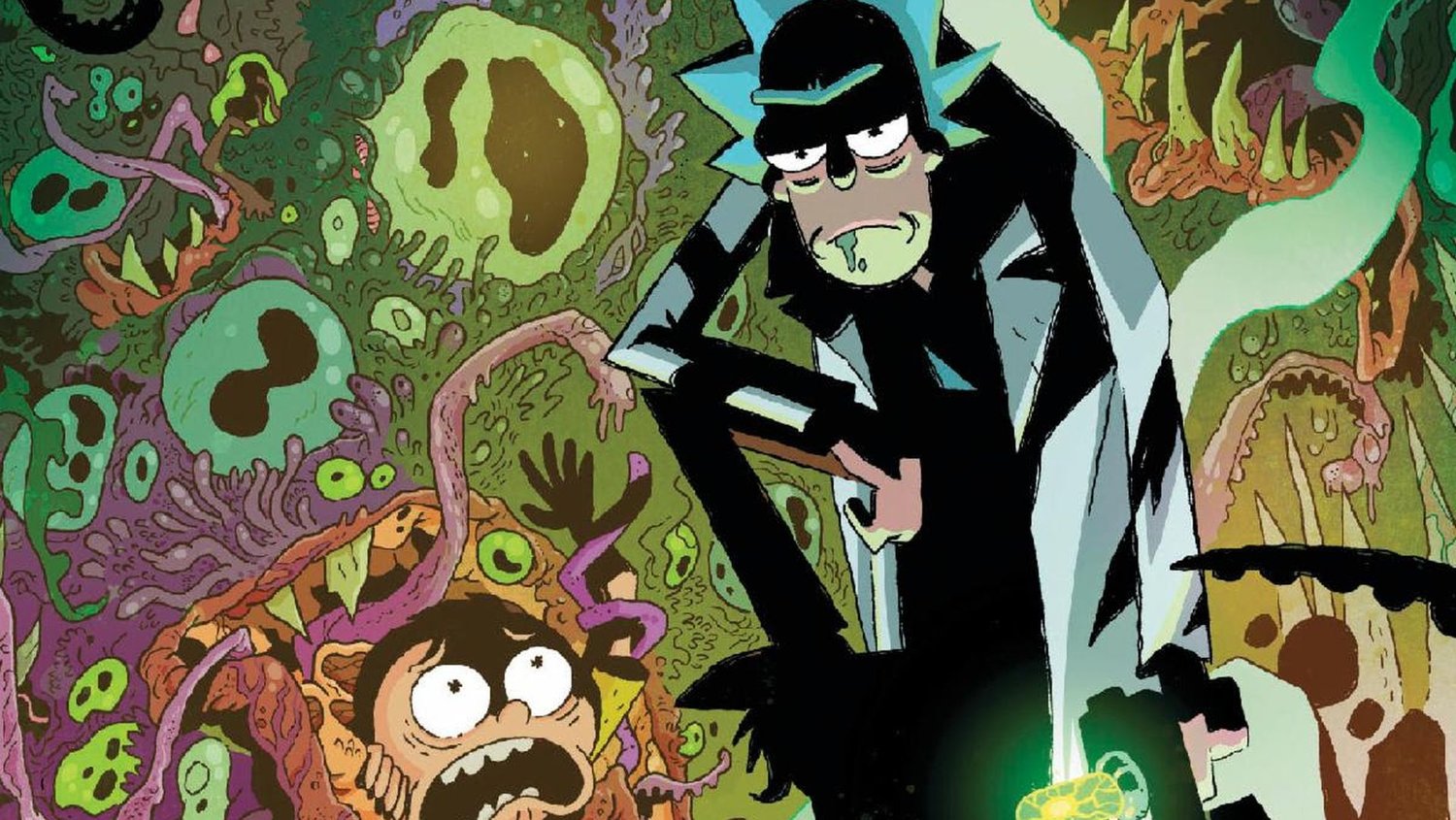 Oni-Lion Forge Publishing Group have collaborated with Warner Bros. Consumer Products and Adult Swim to bring us a new Rick and Morty comic miniseries finally taking on Cthulhu. Rick and Morty vs Cthulhu Part 1: The Whisperer in the Dorkness will be available on December 7 and will be reuniting the creative team from Rick and Morty vs Dungeons and Dragons. Writer Jim Zub, illustrator Troy Little, colorist Leonardo Ito, and letterer Crank! will team up to answer fan questions and speculations about why Cthulhu is in all the episode’s opening credits and more recently “Baby Cthulhu” in the closing credits. Zub talks about he series, saying:

Lovecraft horror has stuck around for decades because it asks important questions like ‘Does humanity matter in the face of an unfeeling unknowable universe?’… …Rick and Morty ask equally pertinent questions about ourselves, our existence, and the jerks who create our pop culture, so I figured it was time to peanut butter that chocolate and take a big bite.

I had never thought about the similarities between Lovecraftian horror and Rick and Morty, but it does make a certain amount of sense. Here is the official description of the miniseries:

What could be worse than an off-planet sugar deal gone wrong? Tripping through a Lovecraftian hellscape with the Smith family as they fight, uh, cosmic sentient color and racist fish-people? That can’t be right…

Welcome to the Rick Sanchez School of Actually Getting S**t Done! And that poor bastard Jerry declares “everything smells like cinnamon and sorrow’” in this Lovecraftian epic.

It all sounds like a match made in heaven for Rick and Morty fans. Enjoy the cover art by Little and five variant covers by Zander Cannon, Marc Ellerby, Zub, Julieta Colás, and Ryan Lee.