The hunt for planets beyond our solar system has turned up more than 4,000 far-flung worlds, orbiting stars thousands of light years from Earth. These extrasolar planets are a veritable menagerie, from rocky super-Earths and miniature Neptunes to colossal gas giants.

Among the more confounding planets discovered to date are “hot Jupiters” — massive balls of gas that are about the size of our own Jovian planet but that zing around their stars in less than 10 days, in contrast to Jupiter’s plodding, 12-year orbit. Scientists have discovered about 400 hot Jupiters to date. But exactly how these weighty whirlers came to be remains one of the biggest unsolved mysteries in planetary science.

Now, astronomers have discovered one of the most extreme ultrahot Jupiters — a gas giant that is about five times Jupiter’s mass and blitzes around its star in just 16 hours. The planet’s orbit is the shortest of any known gas giant to date.

Due to its extremely tight orbit and proximity to its star, the planet’s day side is estimated to be at around 3,500 Kelvin, or close to 6,000 degrees Fahrenheit — about as hot as a small star. This makes the planet, designated TOI-2109b, the second hottest detected so far.

Judging from its properties, astronomers believe that TOI-2109b is in the process of “orbital decay,” or spiraling into its star, like bathwater circling the drain. Its extremely short orbit is predicted to cause the planet to spiral toward its star faster than other hot Jupiters.

The discovery, which was made initially by NASA’s Transiting Exoplanet Survey Satellite (TESS), an MIT-led mission, presents a unique opportunity for astronomers to study how planets behave as they are drawn in and swallowed by their star.

“In one or two years, if we are lucky, we may be able to detect how the planet moves closer to its star,” says Ian Wong, lead author of the discovery, who was a postdoc at MIT during the study and has since moved to NASA Goddard Space Flight Center. “In our lifetime we will not see the planet fall into its star. But give it another 10 million years, and this planet might not be there.”

The discovery is reported today in the Astronomical Journal and is the result of the work of a large collaboration that included members of MIT’s TESS science team and researchers from around the world.

On May 13, 2020, NASA’s TESS satellite began observing TOI-2109, a star located in the southern portion of the Hercules constellation, about 855 light years from Earth. The star was identified by the mission as the 2,109th “TESS Object of Interest,” for the possibility that it might host an orbiting planet.

Over nearly a month, the spacecraft collected measurements of the star’s light, which the TESS science team then analyzed for transits — periodic dips in starlight that might indicate a planet passing in front of and briefly blocking a small fraction of the star’s light. The data from TESS confirmed that the star indeed hosts an object that transits about every 16 hours.

The team notified the wider astronomy community, and shortly after, multiple ground-based telescopes followed up over the next year to observe the star more closely over a range of frequency bands. These observations, combined with TESS’ initial detection, confirmed the transiting object as an orbiting planet, which was designated TOI-2109b.

“Everything was consistent with it being a planet, and we realized we had something very interesting and relatively rare,” says study co-author Avi Shporer, a research scientist at MIT’s Kavli Institute for Astrophysics and Space Research.

By analyzing measurements over various optical and infrared wavelengths, the team determined that TOI-2109b is about five times as massive as Jupiter, about 35 percent larger, and extremely close to its star, at a distance of about 1.5 million miles out. Mercury, by comparison, is around 36 million miles from the Sun.

The planet’s star is roughly 50 percent larger in size and mass compared to our Sun. From the observed properties of the system, the researchers estimated that TOI-2109b is spiraling into its star at a rate of 10 to 750 milliseconds per year — faster than any hot Jupiter yet observed.

Given the planet’s dimensions and proximity to its star, the researchers determined TOI-2109b to be an ultrahot Jupiter, with the shortest orbit of any known gas giant. Like most hot Jupiters, the planet appears to be tidally locked, with a perpetual day and night side, similar to the Moon with respect to the Earth. From the month-long TESS observations, the team was able to witness the planet’s varying brightness as it revolves about its axis. By observing the planet pass behind its star (known as a secondary eclipse) at both optical and infrared wavelengths, the researchers estimated that the day side reaches temperatures of more than 3,500 Kelvin.

“Meanwhile, the planet’s night side brightness is below the sensitivity of the TESS data, which raises questions about what is really happening there,” Shporer says. “Is the temperature there very cold, or does the planet somehow take heat on the day side and transfer it to the night side? We’re at the beginning of trying to answer this question for these ultrahot Jupiters.”

The researchers hope to observe TOI-2109b with more powerful tools in the near future, including the Hubble Space Telescope and the soon-to-launch James Webb Space Telescope. More detailed observations could illuminate the conditions hot Jupiters undergo as they fall into their star.

“Ultrahot Jupiters such as TOI-2109b constitute the most extreme subclass of exoplanet,” Wong says. “We have only just started to understand some of the unique physical and chemical processes that occur in their atmospheres — processes that have no analogs in our own solar system.”

Future observations of TOI-2109b may also reveal clues to how such dizzying systems come to be in the first place. “From the beginning of exoplanetary science, hot Jupiters have been seen as oddballs,” Shporer says. “How does a planet as massive and large as Jupiter reach an orbit that is only a few days long? We don’t have anything like this in our solar system, and we see this as an opportunity to study them and help explain their existence.”

This research was supported, in part, by NASA. 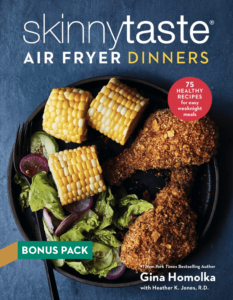