Mamma Mia! star Amanda Seyfried posted a throwback photo on featuring some of her cast members from the iconic 2004 teen comedy. In the film, which was penned by Tina Fey, Seyfried portrayed Karen, the not-so-bright (but possibly psychic!) member of a clique known as The Plastics. Seyfried captioned the pic, “#FBF weekends in 2003, baby.”

The Mean Girls cast gushed over the photo in the comments section. Franzese wrote, “Ohhh emmm geeee.” Chabert shared, “Wow. So many good memories,” while Bennett simply couldn’t get over how young everyone looked: “We are babies!”

Lohan, who has spent the last few years living outside of the United States and is with a new Netflix movie, added, “Such a fun time! A great team!”

Lohan has stated that she would love to return to the Mean Girls universe in an interview on Lights Out With David Spade.

“I think I was hanging on to [Mean Girls] for a really long time. I wanted to come back with a Mean Girls 2,” she explained. “To work with Tina, and the whole crew again, and [director] Mark Waters. That was really what I wanted. I was excited to do that. But that’s all in their hands, really. So that would definitely be an exciting thing.”

While technically there has already been a made-for-TV Mean Girls 2, which aired on what was then known as ABC Family in 2011 and did not feature the original cast, it’s clear that people love this movie — and perhaps no one more than its stars. 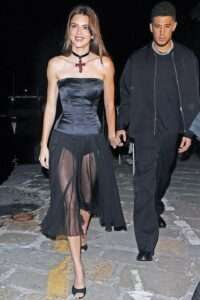 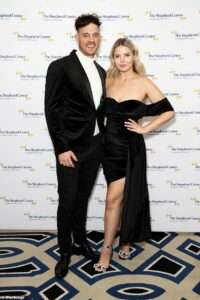 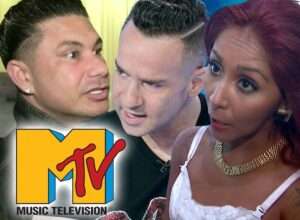