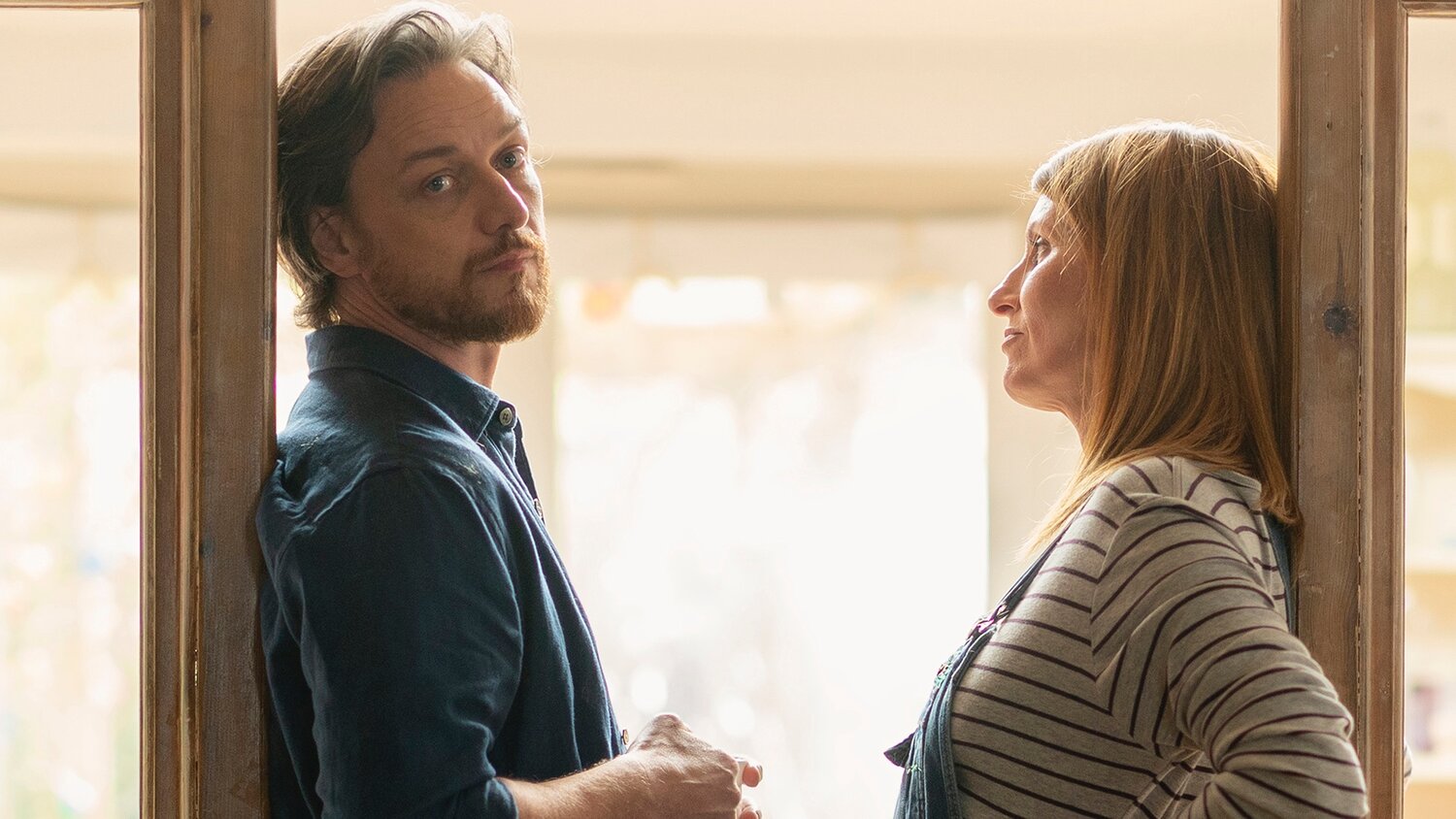 Yep, it’s another project set during COVID-19. This story is set in the U.K. and takes place from the first days of the lockdown in March 2020 to the present day. It tells the story of a husband and wife who are forced to re-evaluate themselves and their relationship during lockdown.

In the story, “Horgan plays a charity worker who is a co-ordinator for all of Europe at a refugee charity, while McAvoy plays a self-employed man who runs a boutique computing consultancy. He’s been forced to furlough his staff and take up growing vegetables. The couple share a 10-year-old son, who is the one thing that has kept his parents’ relationship together — until lockdown.”

The project is being directed by Stephen Daldry (The Crown). When talking about the project, McAvoy offered, “Dennis writes so wittily for these characters and his script had me within the first few pages. When I heard Sharon was involved with Stephen Daldry directing it was a no brainer. It’s a hilarious, heartfelt, entertaining and unconsciously funny exploration of a relationship and a couple facing real tragedy across a year we have all lived through.”

Horgan added, “I think everyone who got involved in this film had no intention of doing a COVID drama but then we read Dennis’ script and changed our minds. We shot this in ten days so it was a beautifully stressful experience. Working with Dennis again – and Stephen Daldry and James McAvoy, both of whom I’ve admired for years — was a joy. But it also felt like we were making something important. And the fact that it feels like news means that the COVID death toll, the tragedy of so many lives lost unnecessarily, has not been talked about enough”.

Kelly went on to say, “Together is about a couple who totally hate each other, but have somehow found a way of existing together by not talking to, thinking about, noticing, communicating with or being in the same room as each other — then lockdown happens. It’s about how humans negotiate their shared experiences when they think they have nothing in common other than staying alive, and it’s about how you can hate what you love and love what you hate. And Sharon Horgan and James McAvoy are brilliant in it.”

Piers Wenger, director BBC Drama, and Rose Garnett, director BBC Film, said, “While rooted in the experience of one family, ‘Together’ tells the story of us all – Dennis has created a script which will powerfully resonate with audiences, at once funny and uncomfortable whilst warm and deeply moving. With Stephen at the helm and James and Sharon on screen, this is gold standard drama which we’re proud to be part of.”

Producers Guy Heeley and Sonia Friedman shared, “We feel hugely fortunate that when a story this powerful and timely comes together with talent of this calibre, we can call the BBC and have it on the screen less than six months later. With Dennis’ tender, brutally honest and piercingly funny writing, and Stephen’s visceral directing, James and Sharon have brought this story to life with an astonishing, exhilarating charge which touches on our collective experience of the last very challenging year.”