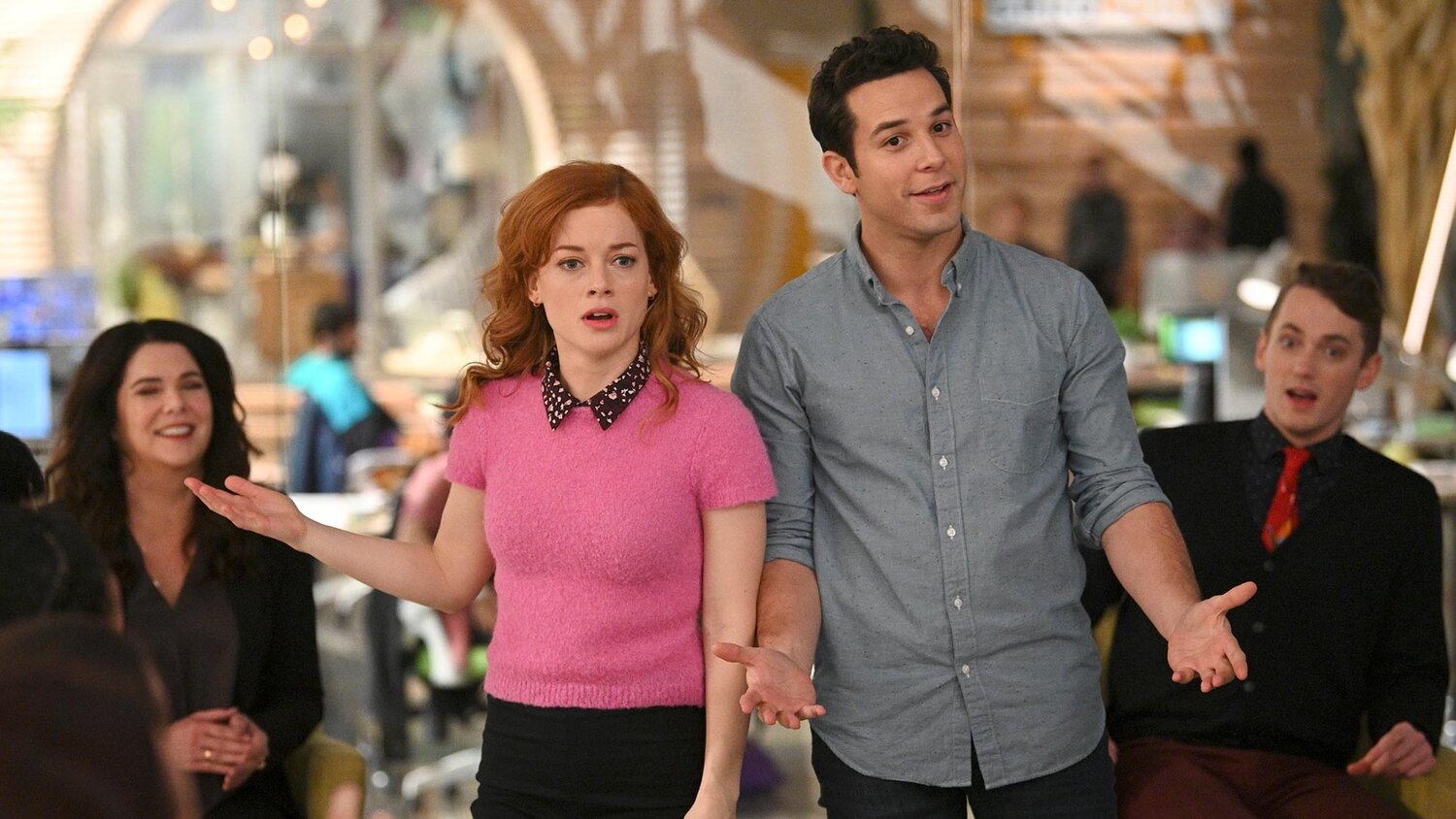 Last month it was reported that Roku was looking to revive NBC’s canceled musical comedy Zoey’s Extraordinary Playlist for a Christmas TV movie special. Well, for those of you who are fans of the show, you’ll be happy to learn that those plans are now official!

The title of the movie will be Zoey’s Extraordinary Christmas, and while there’s no premiere date set yet, the project will go into production next week in Vancouver. Roku has also acquired streaming rights to all 25 episodes of Zoey’s Extraordinary Playlist, which will also be available to stream later this fall on The Roku Channel in the U.S.

Colin Davis, head of original scripted programming at Roku said in a statement, “It’s a transcendent show, it’s something that connects with people across the country. That connection with the audience is what makes bringing a holiday-themed film like ‘Zoey’ to life with the original cast so special.”

Davis went on to say that they opted to go with the movie so that could get something out to audiences quicker as opposed to trying to do a whole new season, “It’s what can be done quickly. We wanted to not slow down the momentum that exists around the show and the fandom for this show and make sure that people get an encore quickly.”

It’s also explained that the movie will be made in a way that it can be enjoyed by people who are not familiar with the show. The movie could work as an entry point for people who haven’t seen the series.

Davis added, “This is a continuation of our test-and-learning strategy, probably a thing that you’ve seen in the past with Netflix doing ‘Arrested Development,’ or Hulu getting ‘The Mindy Project’ [two shows that originated on Fox]. I will say that our intention here to do this as this encore movie is a little bit different, because you don’t have to have watched those first two seasons to enjoy this movie. The movie is very much an encore for those who have invested in those first two seasons, and will be a really satisfying conclusion of those two seasons but simultaneously, it’s just a joy on its own. I think being able to court new audiences that way is a real advantage to the way that we formatted this.”

I imagine that this TV movie will serve as a trial run for a full series revival. If it’s a success, then there’s a good chance that Ruku will continue to make new episodes for fans to enjoy. But, as of right now, they are just focused on getting this Christmas special out.

Creator Austin Winsberg will write and executive produce the movie and he said in a statement, “I am so extremely grateful to The Roku Channel for helping us get Zoey to sing again. I can’t think of a more appropriate time to hear someone’s heart song than the holidays. And ‘Zoey’s Extraordinary Christmas’ will be an opportunity to provide the fans and new viewers alike a chance to all tap their toes and get in the holiday mood. This show has always been about empathy, compassion and the triumph of the human spirit. The Roku Channel has sure lifted mine and I hope that our film can have the same effect on viewers everywhere.”

The TV movie will pick up where Season 2 left off. Jane Levy stars as Zoey Clarke, a San Francisco computer coder who — after an accident — starts to hear the innermost wants, thoughts and desires of the people around her through popular songs. The movie will also see the return of Skylar Astin, Alex Newell, John Clarence Stewart, Andrew Leeds, Alice Lee, Michael Thomas Grant, Kapil Talwalkar, David St. Louis, Mary Steenburgen, Peter Gallagher, and Bernadette Peters.

Did you watch Zoey’s Extraordinary Playlist? Are you happy to learn that it’s officially been revived?