Zayn Malik was allegedly involved in some kind of altercation with Yolanda Hadid, the mother of girlfriend Gigi Hadid. According to TMZ, Yolanda claims the 28-year-old singer “struck” her and she is considering filing a police report. Details are scarce, but Malik issued a statement on Twitter moments before the article was published.

“As you all know I am a private person and I very much want to create a safe and private space for my daughter to grow up in. A place where private family matters aren’t thrown on the world stage for all to poke and pick apart,” the former One Direction singer said on Thursday.

Malik and Gigi are parents to daughter Khai, who turned one last month. The singer says there was “an argument” with a family member, but does not name Yolanda. While he admits to “harsh words shared,” he does not acknowledge any type of physical altercation.

“In an effort to protect that space for [my daughter] I agreed to not contest claims arising from an argument I had with a family member of my partner’s who entered our home while my partner was away several weeks ago,” Malik continued. “This was and still should be a private matter but it seems for now there is divisiveness and despite my efforts to restore us to a peaceful family environment that will allow for me to co-parent my daughter in a manner in which she deserves, this has been ‘leaked’ to the press. I am hopeful though for healing and for all involved with the harsh words shared and more importantly I remain vigilant to protect Khai and give her the privacy she deserves.”

An agent for Yolanda, who also represents Gigi, did not immediately respond to Yahoo Entertainment’s request for comment.

Malik has spent a lot of time with Yolanda, 57, over the course of his six-year (on and off) relationship with Gigi. There has never been a known incident between the two. They all lived together at Yolanda’s ranch in Pennsylvania during the beginning of the pandemic. Gigi, 26, recently talked about how the singer “is very comfortable” with her family.

“He speaks his mind. When he’s in the middle of a family thing and everyone’s like, ‘Zayn, whose side are you on?’ he’s charming,'” she told Harper’s Bazaar over the summer. “He’s usually on my mom’s side… So he’s smart in that sense.”

“He’s from the same background that I’m from, him and I get along great and he’s like a son to me. It’s all good,” she said in 2018. “He has no family here and he’s so far away so I understand that life because I lived that life. I think that I’m just a momma to him.”

Neither Gigi nor Yolanda has acknowledged the incident on social media. 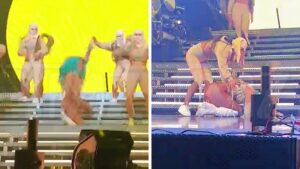 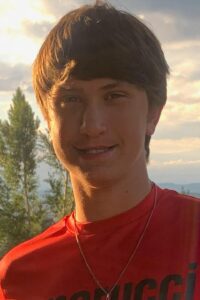