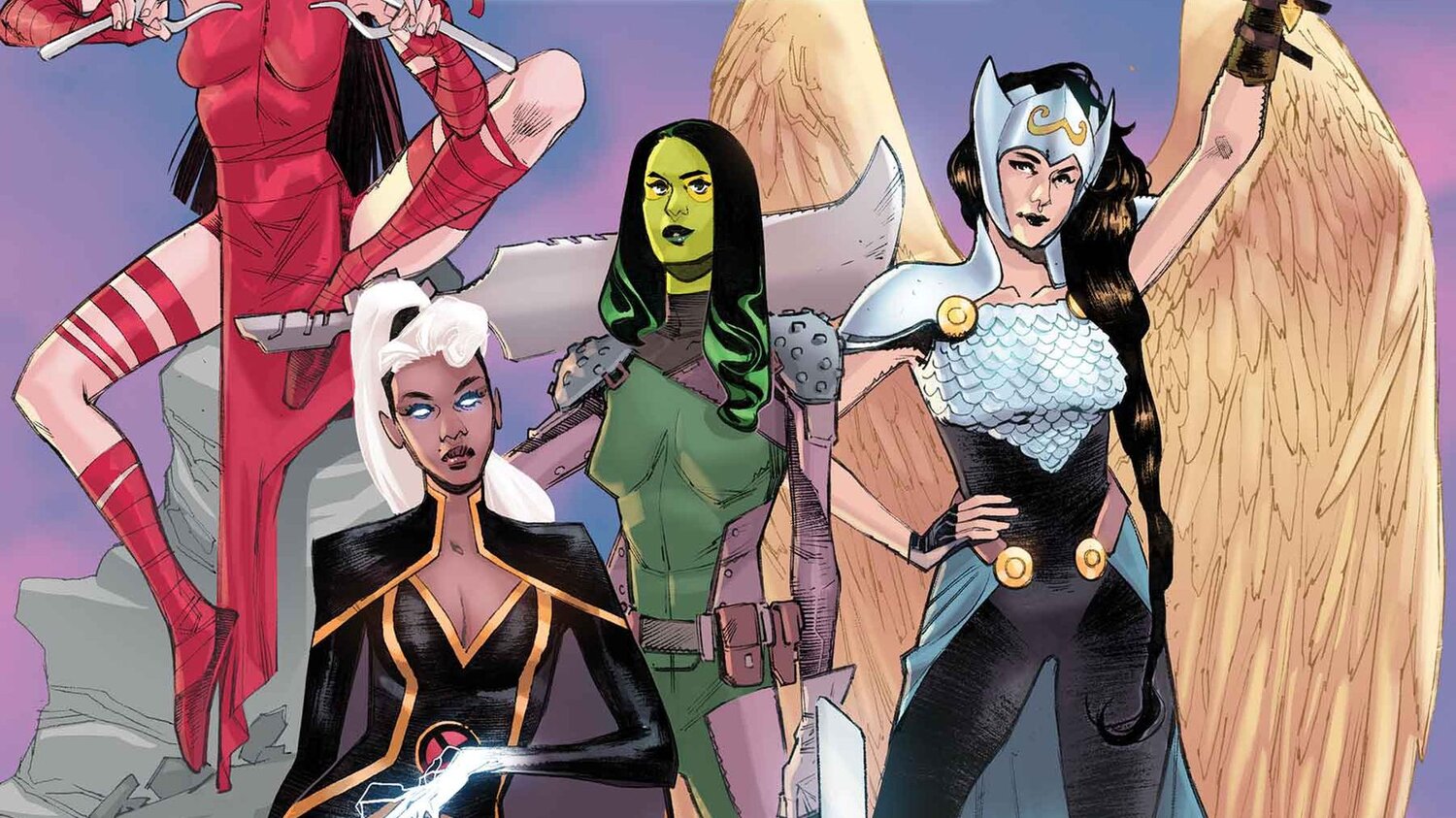 Because there are so many creators, you’ll find each story is very different both in story and in the art. There are definitely some stories that you’ll enjoy more than others. I, for one, am partial to the first story, “Mani,” which sees Lady Deathstroke get a manicure and “Wild Rhino Chase” where She-Hulk is going after Rhino. I also appreciate how a lot of the stories sound more mundane, but are still very fun. Also, I appreciate how not all of them involve action moments, but when there’s action, it’s pretty awesome.

One thing that kind of bothers me is that only one character on the cover even makes an appearance in the entire volume. While all of them are awesome, I would’ve rather had characters like Lady Deathstroke, She-Hulk, and Mystique on the cover than Elektra and Storm who don’t show up.

Women of Marvel #1 is not for everyone. However, if you want very short stories focused on female characters, this is a fun little read.