Whether you’re looking for breathtaking landscapes, a historical education, or just some damn good tacos, Arizona has you covered. Here are four of the state’s coolest cities tourists should check out:

Phoenix
One of the first stops for anyone exploring Arizona has got to be the city of Phoenix. Not only is it the state capital, but it’s also the most popular city in the state and the fifth largest city in the entire country. Bringing together so many people from such a diverse and vibrant array of backgrounds, it’s little surprise that Phoenix has plenty of cool things to see, do, and eat.

Indeed, Phoenix is celebrated for its one-of-a-kind culinary scene. The Mexican cuisine alone will have foodies giving serious thought to looking at houses for rent in Phoenix, and beer-lovers will practically have to be dragged away from the city’s many thirst-quenching craft breweries. Make sure to bring a designated driver.

Yuma
Speaking of awesome Mexican food, that’s something you’ll also find plenty of in Yuma, thanks in no small part to its close proximity to the US-Mexico border. That, as well as its location at the point where both the Colorado and Gila Rivers converge, means that Yuma has been a popular destination for travelers for hundreds of years.

Looking at it today, you’d never believe this incredibly scenic little city was once nicknamed “the hellhole of the west.” History buffs can get a little glimpse as to why that is if they decide to visit the Territorial Prison Museum, which holds countless awe-inspiring artifacts from Arizona’s rugged outlaw past. Eat your heart out, Clint Eastwood.

Flagstaff
Everyone knows the most famous tourist attraction in all of Arizona is the Grand Canyon. Nearly five million people flock there every year to see one of the seven natural wonders of the world. But what do they do after that? Well, the wise ones visit the nearby city of Flagstaff.

More than just “that one city that’s really close to the Grand Canyon,” Flagstaff is a destination worth exploring all on its own. Once a major hub for railroad travel, Flagstaff is home to some of the most beautiful historic architecture in the state. It also has ample opportunities for hiking, mountain biking, and even skiing in the winter. Yes, it snows in Arizona. Don’t act so surprised.

Tuscon
Right behind the aforementioned Phoenix, Tucson is the second largest city in Arizona. But that’s hardly it’s only claim to fame. Thanks to the presence of the highly esteemed University of Arizona, this lively college town is known for its electric nightlife and unique small-business shopping destinations.

Of course, just walking Tuscon’s streets is practically an education in and of itself, as the city has spared no expense in preserving historic neighborhoods, which include properties dating all the way back to the 1840s. Wandering through the city, a person could actually trace the history of America through the changing house styles. Or you could just visit one of the many local museums. That works, too. 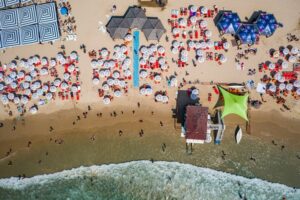 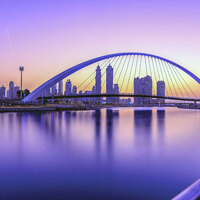 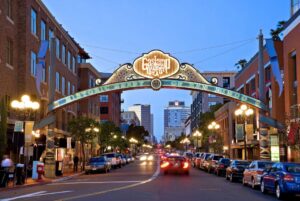