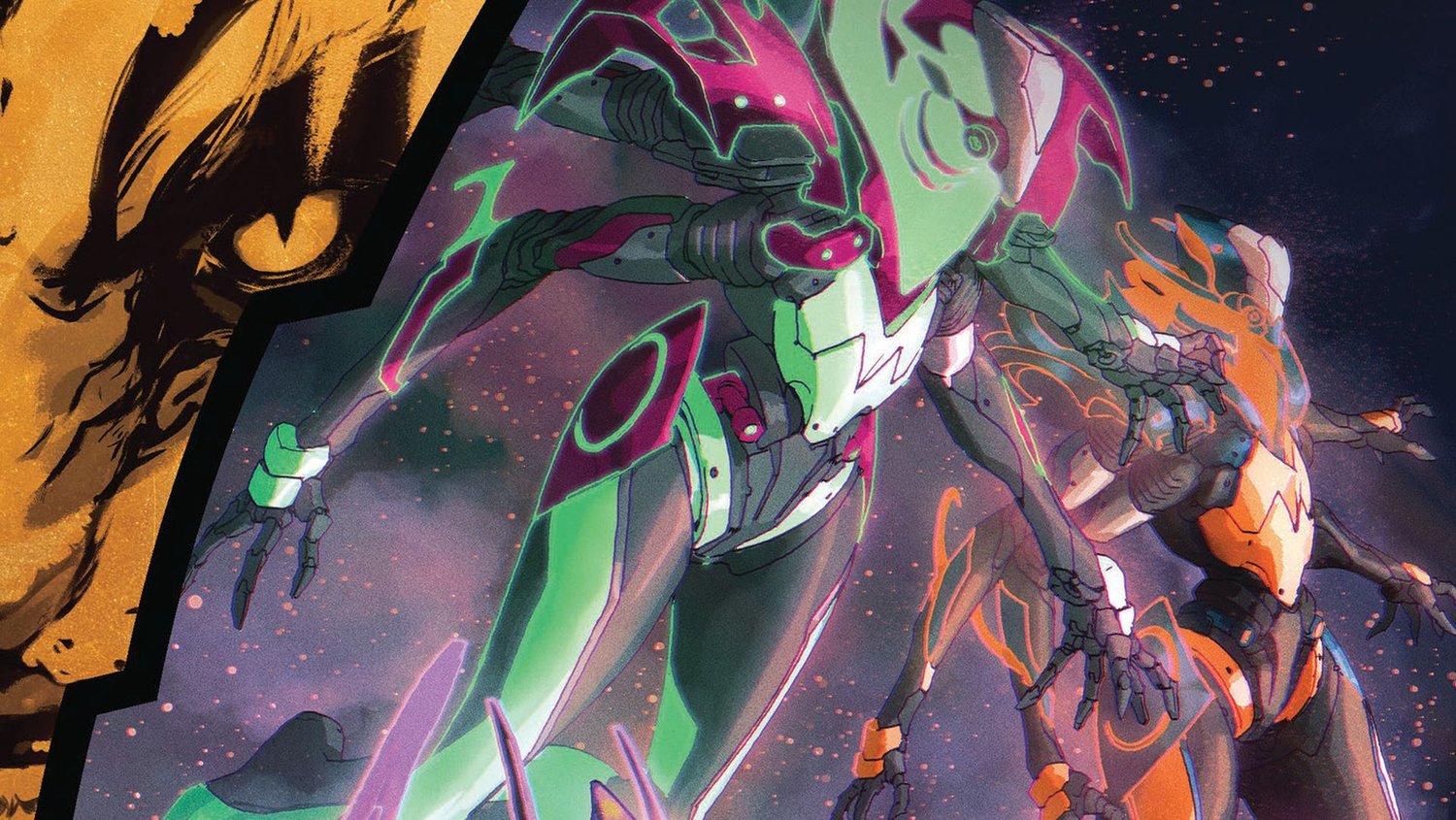 At the end of this month, Power Rangers fans will get to see what Zordon can do. At the end of Mighty Morphin #14, Zordon got a suit that allows him to walk and fight, and it looks pretty cool. In the preview for Power Rangers #14, we get to see that suit in action as Jason, Trini, and Zordon storm Zartus’ Eltarian Command Ship. As we no longer need to think Zartus isn’t a bad guy, we get to see him be more evil by telling Captain Zowren to torture one of his crew members in front of Zelya as a form of torture. Zartus hasn’t been able to find Safehaven and I guess he thinks Zelya will have info about it. This is when the good guys show up and fight some soldiers. Then, the Rangers on Earth find Grace and some scientists before getting attacked, most likely by the Sentry Force Four. This is going to be a very fun issue.

The new Blue Omega Ranger, along with the rest of the Omega Rangers, retreat to Safehaven to plan their next steps. With information gathered from Zordon and the Blue Emissary, our motley crew of heroes and villains set their sights on defeating the minions of their former ally and conducting a rescue mission. But in a galaxy full of enemies, who… or what… awaits their rescue?

You can read Power Rangers #14 on December 29 with a main cover by Gerald Parel and variants by Daniele Di Nicuolo and Walter Baiamonte, Goñi Montes, and Jorge Corona and Sarah Stern. The series is written by Ryan Parrott with art by Francesco Mortarino, colors by Raúl Angulo, and letters by Ed Dukeshire. You can purchase a physical copy from your local comic shop or digital copies through comiXology (affiliate link), Google Play, iBooks, and Kindle.