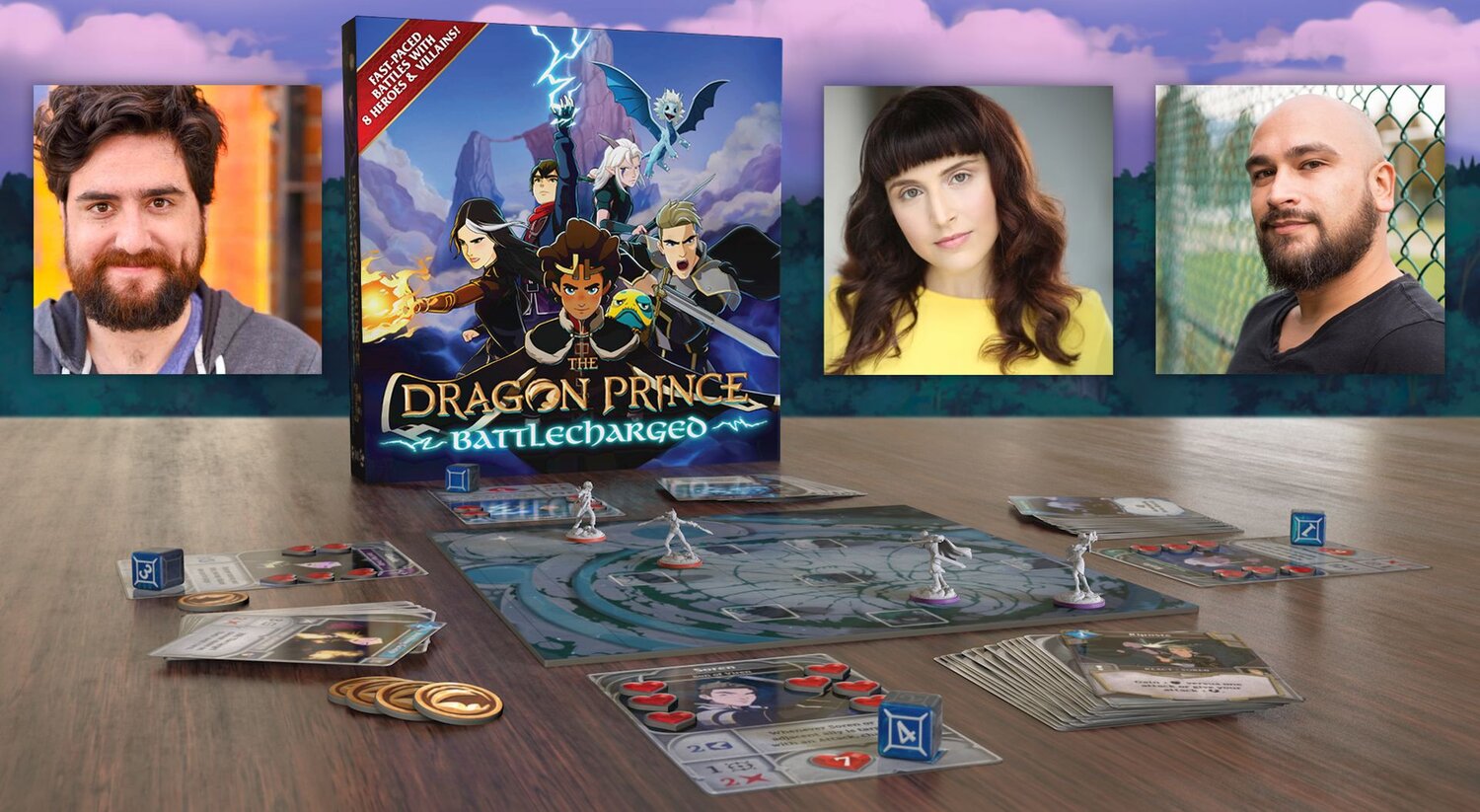 Earlier this year, Wonderstorm and Brotherwise Games announced a new board game called The Dragon Prince: Battlecharged. Recently, Watch It Played showed off the game by playing a round with Jack De Sena (voice of Callum), Racquel Belmonte (voice of Claudia), and Jesse Inocalla (voice of Soren). Not only were fans treated to watching the game in action, but they also got to get some insights into their characters.

Pre-orders for Battlecharged are live now, and if you pre-order you’ll get a special pack of The Dragon Prince-themed cards for Boss Monster as well as a set of Dark Callum cards for Battlecharged. Pre-orders will be open through July 26, so you’ll want to hurry. The game will officially launch in stores this September.