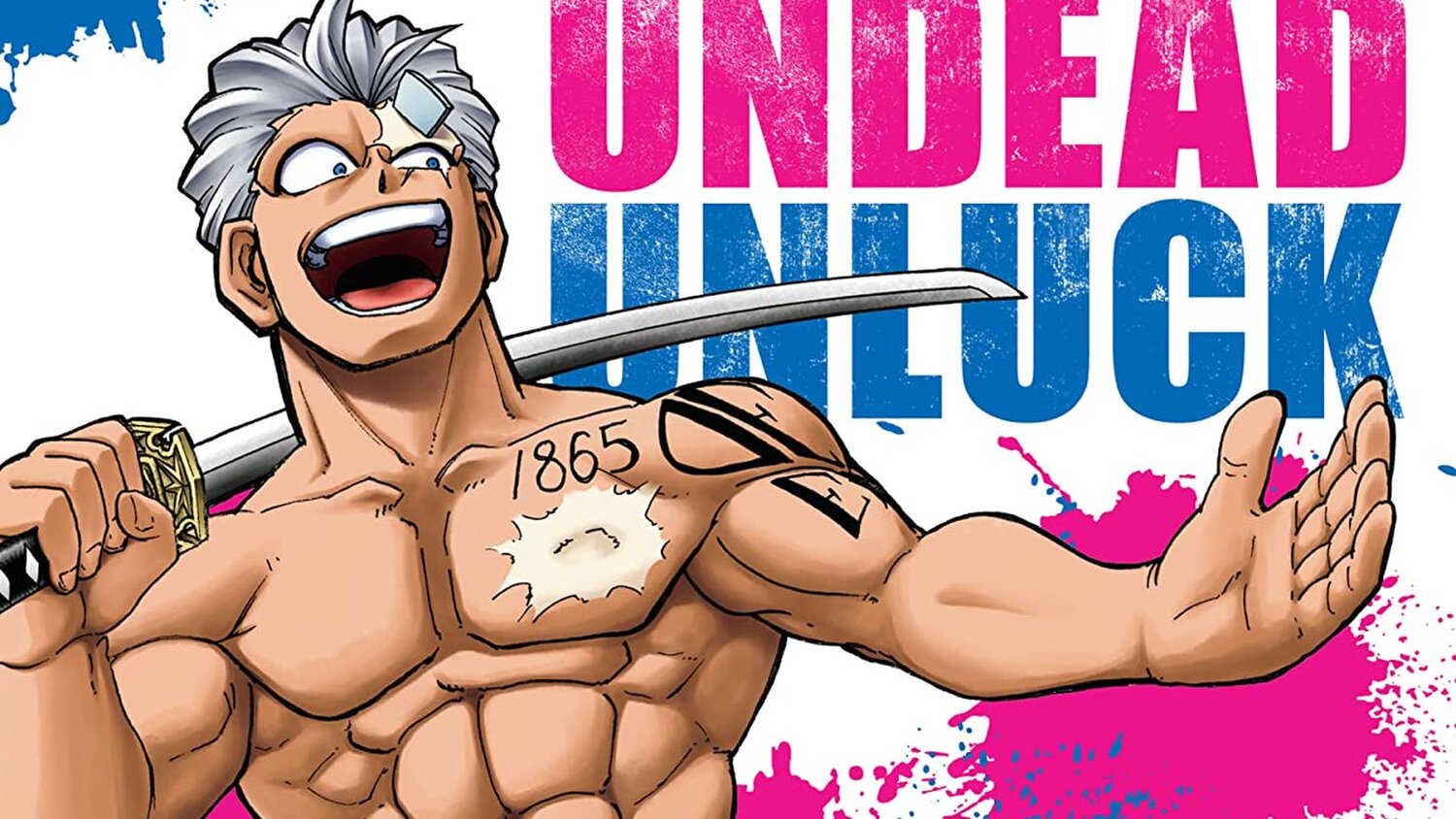 This last month, VIZ Media released Undead Unluck Vol. 1, which includes the first seven chapters of the Shonen Jump manga. In this world, there are some people with special abilities that negate certain aspects of life such as death or luck. We get to follow two of these individuals as they try to navigate their world. VIZ was kind enough to supply me with a copy of the manga and you can read a free preview at VIZ and purchase a copy for yourself from your local comic shop, your favorite book retailers, or even digitally through stores like comiXology (affiliate link). The manga is written and illustrated by Yoshifumi Tozuka.

All Fuuko wants is a passionate romance like the one in her favorite shojo manga. Unfortunately, her Unluck ability makes that impossible. But just as Fuuko hits rock bottom, Andy sweeps her off her feet—literally! Now she’s become Andy’s unwilling test subject as he works to find a way to trigger a stroke of Unluck big enough to kill him for good. However, when the pair discovers a secret organization is hunting them, it puts Andy’s burial plans on hold.

The feel of Undead Unluck is 100% what you would expect from a Shonen Jump manga. There’s action, there’s humor, there’s everything that fans come to expect from the popular manga magazine. There’s some potential for the story to go deeper, although right now it’s fairly superficial, but we’re also only 7 chapters in for an ongoing manga that’s at over 60 chapters. The pace is very much like other Shonen.

I do really enjoy this manga. The characters are a lot of fun even if they’re not super unique. They do feel like actual characters with potential for depth and not just one-note characters we sometimes get in these manga. There’s a lot of banter between Andy and Fuuko that’s fun to read even if it’s extremely predictable where their relationship is headed. Each of the unique abilities we’ve seen so far have been really cool and interesting as well. Some do feel very convoluted and as certain aspects are revealed it just adds to the Shonen feel of the manga.

If you’re looking for a new and exciting Shonen manga to read, Undead Unluck is a fun one. The art is really cool. It’s definitely a familiar read though.