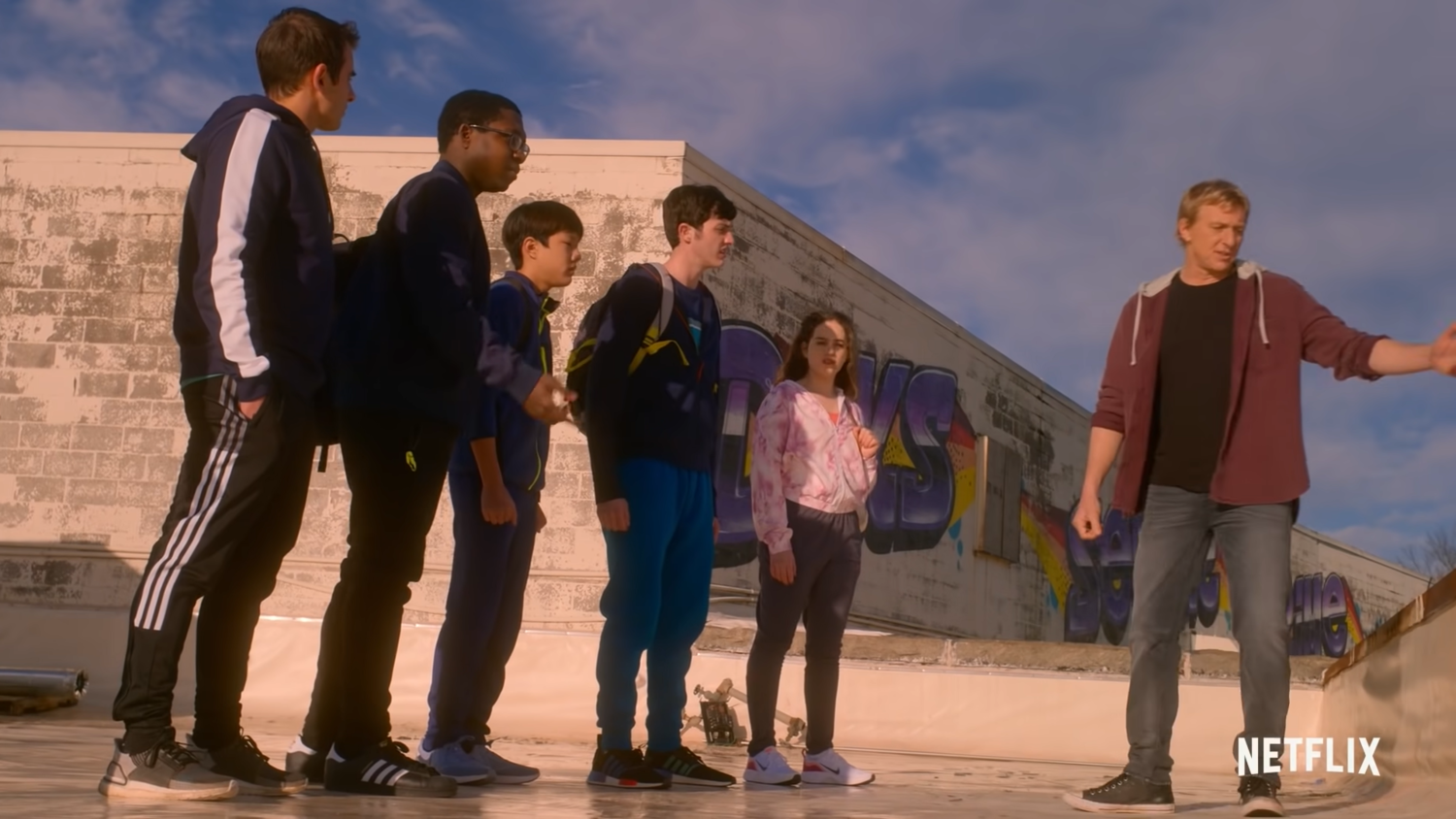 Two new clips have been released from Cobra Kai Season 4, which hits Netflix today! If you’re waiting for tonight or this weekend to watch, you can check out the clips below to keep you satisfied until then. The scenes shown below follow Daniel LaRusso (Ralph Macchio) of the Miyagi-Do dojo, and Johnny Lawrence (William Zabka) of the newly founded Eagle Fang. The pair merged at the end of Season 3 in an effort to take down John Kreese (Martin Kove) at Cobra Kai in the upcoming tournament.

To get the students ready, Daniel and Johnny swap classes for the day, hoping to sharpen these kids’ skills by showing them new methods of karate. Daniel’s methods include catching a fish out of his pond with bare hands, honing the kids’ focus, just like the lessons taught to him by Mr. Miyagi when he was a young student.

Johnny’s way of teaching is always less conventional, and this time, it’s downright dangerous! He has taken the kids up to the roof of a building and told them that if they want to learn to fight like an eagle, they’re going to need to learn to fly, by jumping from one rooftop to another. Will one of them take the bait? You’ll have to watch Season 4 to find out.