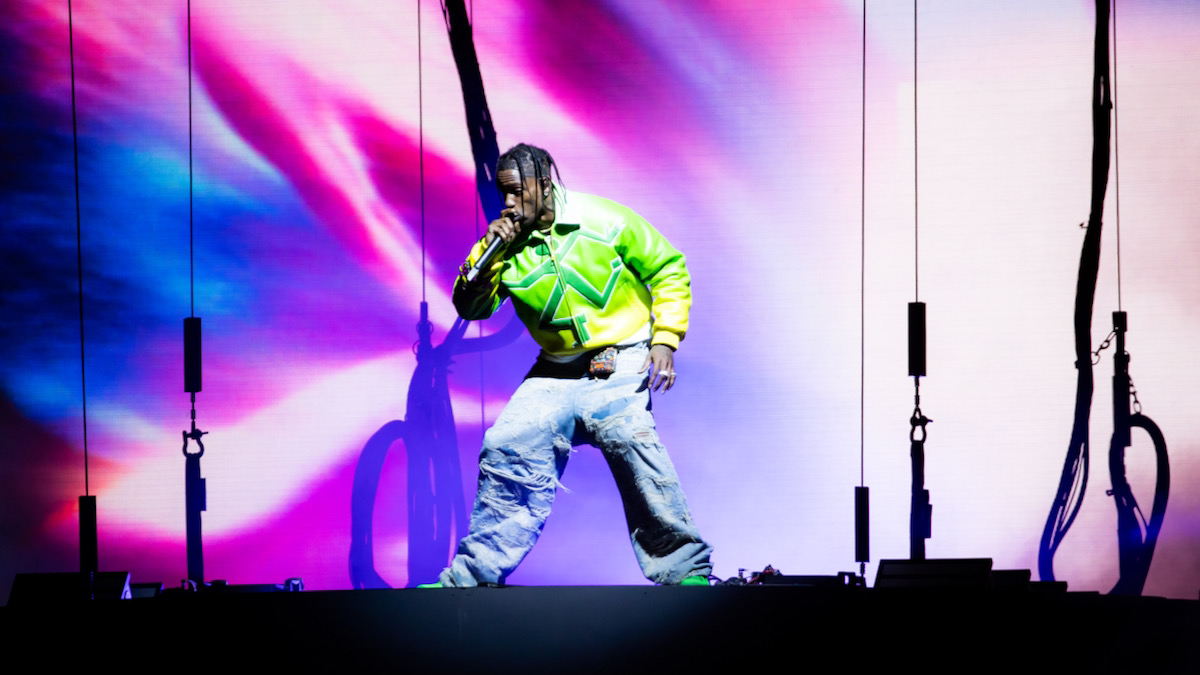 Travis Scott took to the stage at Rolling Loud Miami on Saturday night with a surprise in store for crowd: the live debut of his new song “Escape Plan.”

The rapper kicked off his headlining set with the high-octane track, dressed in a neon green jacket and oversized jeans while on a suspended platform high above the stage. “Twelve figure state plan, that was the escape plan/ But hate investigatin’, that sh-t was a waistband/ But wait, I stopped the facin’ ’cause sh-t just start erasin’/ But wait, it opened gates and this shit just start paradin’, olé/ We out the basement, on one floor where it’s vacant/ She feelin’ anxious to be out where it’s dangerous/ Love all the chains and especially how I bang it/ Jamaica-Spanglish, she mixed up in her language,” he shouted on the chorus as the massive crowd below went beserk.

Ahead of his performance, the rapper teased the premiere on Instagram, writing, “SOME ONE ASK ME HOW IM STARTING TONIGHT OFF IMA MAKING A ESCAPE. WHOS READYYY. I WANT THE RAGE TONIGHT.”

“Escape Plan” is likely set to be included on Utopia, the star’s follow-up to his hit No. 1 album Astroworld, along with previously-released singles “Highest in the Room” and “Franchise.” The upcoming LP is expected to drop sometime later this year. Watch Scott’s performance of “Escape Plan” after the jump.

Up next, the rapper is set to headline multiple festivals, including Day N Vegas Festival, Rolling Loud NYC, and the return of his very own Astroworld festival in Houston. He also recently provided a guest assist on Lil Durk and Lil Baby’s star-studded collaborative album The Voice of the Heroes and teamed up with Baby Keem on new single “durag activity.”