Hip Hop star Travis Scott is coming under fire, after 8 people died at his Astroworld concert with hundreds of others injured.

As MTO News reported to you previously, people are blasting Travis for the tragic loss of life and his seemingly callous behavior at the concert, as his fans were dying. According to fans, Travis continued to perform as concertgoers where being trampled and killed and seemed “unbothered” by it all, even as fans begged him for help.

Now as details of the events have continued to unfold, Travis and his team are calling what happened a “terrible accident.” But people have been seriously injured at Travis’ concerts before. And Travis seemed to take pleasure in trolling the people who died or were seriously injured at his concerts.

MTO News did a bit of digging into Travis Scott’s Instagram, and what we found was VERY disturbing. On at least 3 past incidences, Travis Scott has posted pictures of people who appear to have died, or been in serious distress at one of his concerts.

But instead of showing concern for his fallen fans – Travis seemed to think their deaths were funny.

In the first picture, taken in 2014, Travis posted a pic of a man laying on the ground, who looks to be dead. Travis posted the picture of the man, and simply used the caption “WTF.”

In the second picture, from 2015, a security team is seen offering first aid to a fan who appears to be in serious distress at a Travis Scott concert. Travis made light of the young man’s condition by posting the pic with the caption, “To the kid who blackout [sic]. Ur a hero.”

In the third image, from 2015 Travis posted a pic purportedly from concert during his Rodeo Tour. Travis claimed that the image was of the “Kid that didn’t survive the Rodeo.” Travis refers to the dead concertgoer as a “hero.”

Here are the uncensored images – we warn you, they are VERY disturbing:

Here are the links directly to Travis’ Instagram, as receipts that the posts really came from him: 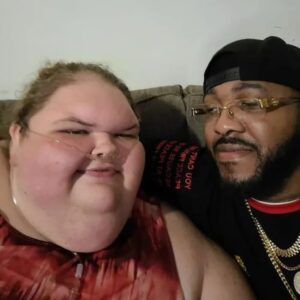