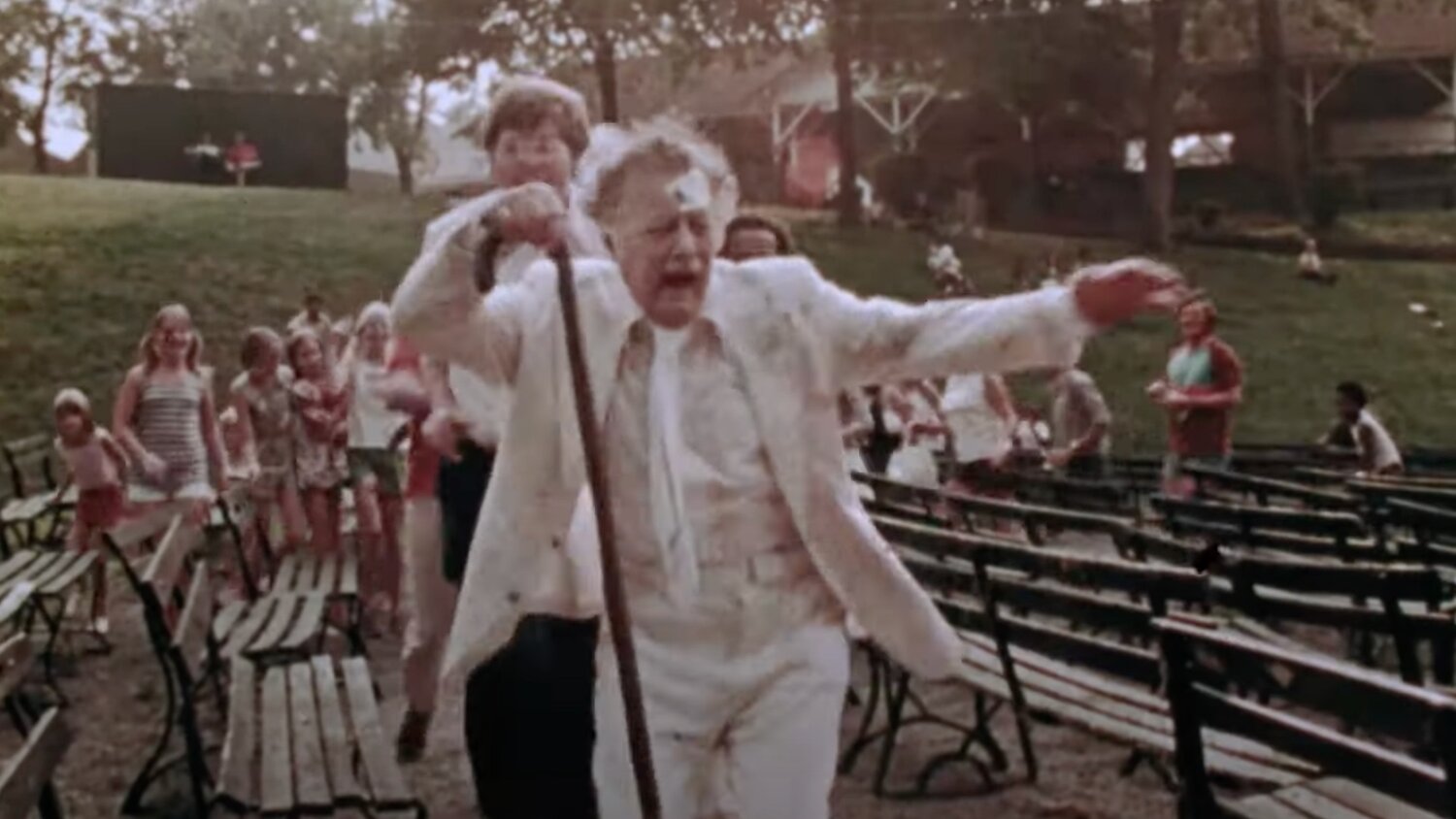 Shudder has released the first trailer for director George A. Romero’s The Amusement Park. All the prints of this film were thought to be lost, but one was found and now Shudder is going to release it.

The Amusement Park stars Lincoln Maazel “as an elderly man who finds himself increasingly disoriented and isolated during a visit to the amusement park. What he initially assumed would be an ordinary day quickly turned into a hellish nightmare filled with roller coasters and chaotic crowds.”

It’s said that the film is “perhaps Romero’s wildest and most imaginative movie, an allegory about the nightmarish realities of growing older, and is an alluring snapshot of the filmmaker’s early artistic capacity and style and would go on to inform his ensuing filmography.”

Romero’s wife Suzanne Desrocher-Romero shared in a statement, “The first and only work-for-hire in Romero’s career sheds a new perspective on an ongoing issue of ageism and Romero’s uncanny sense of reflection on society, and the Romero ‘footprint’ is ever-present and bodes well for the future of his impact on American cinema. We are thankful to Yellow Veil Pictures who helped forge a path for us to find the most perfect custodian for this piece. Shudder understands that this film adds an important element to the Romero oeuvre. We are grateful.”

She added, “A lot of people are like, ‘Oh, my God, I can’t wait to see it.’ And I go, ‘It’s not a zombie movie now, remember.’ And what’s also terrific is that you see his footprint. You see how he shoots and the story. It’s a unique find. I’m so happy I have it.”

You can watch The Amusement Park when it debuts on Shudder on June 8th. Watch the trailer and tell us what you think.