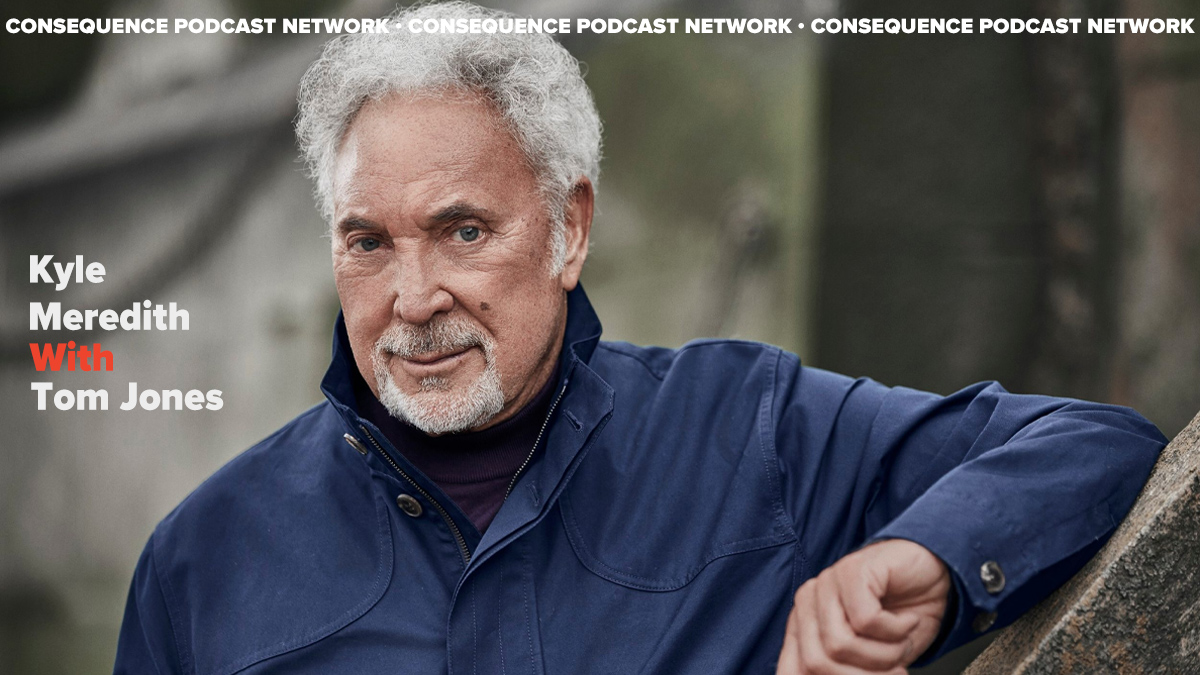 Tom Jones catches up with Kyle Meredith to talk about Surrounded by Time, his latest record alongside longtime co-producer Ethan Johns.

The legendary singer discusses going in a new direction for sound that is both atmospheric and psychedelic at times and the surprise of having a number one album in the UK, breaking the record for oldest artist to do so, a record previously held by Bob Dylan.

Speaking of Dylan, Jones tells us about covering “One More Cup of Coffee” and Cat Stevens’ “Pop Star,” including what that latter song means for him that is different from when Stevens released it. Tom also looks back at the psychedelic rock period of the late ’60s and his reaction to it at the time, as well as what to expect from the upcoming live shows.

Stream the episode above, or watch the video interview below. Don’t forget to subscribe to Kyle Meredith With… above, and be sure to follow the Consequence Podcast Network for updates on all our series.