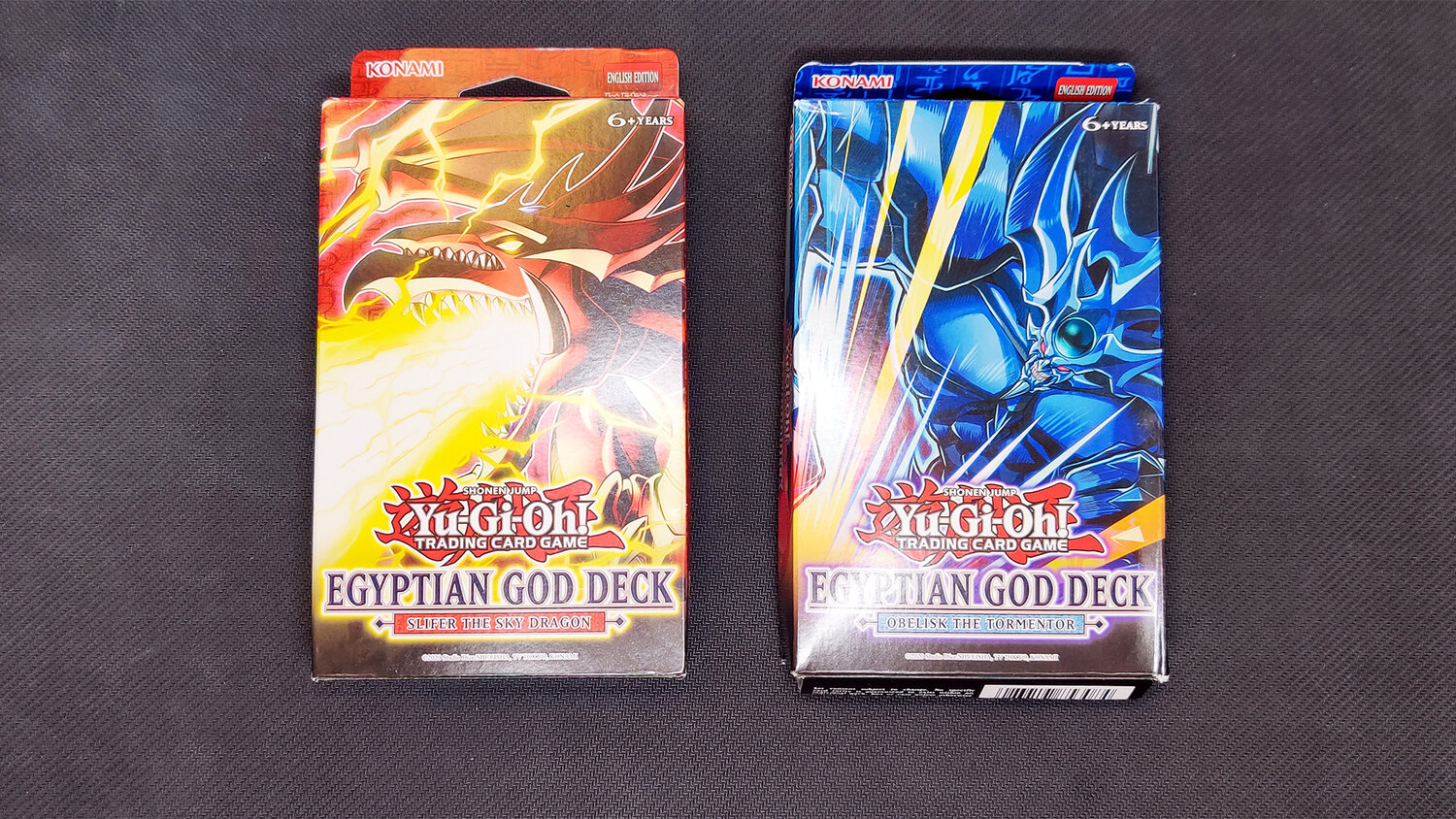 Konami released the Egyptian God Decks for Yu-Gi-Oh! over the weekend. They are something. A lot of fans are upset about the contents of the decks and the exclusion of Ra which are valid complaints. Konami sent me one of each deck and I got to open them up and see what was inside. I agree that there could’ve been better cards included. However, these decks still look like fun to play. Now, you aren’t going to do well in any kind of competitive scene and even in casual scenes, I wouldn’t recommend using these decks. However, playing with your friends can be a blast with these decks. As an example, I’ve included a recent video from Team APS below.

One thing that hurts and helps the decks simultaneously is the fact that they are not copying each other. For both Obelisk and Slifer, you really want a lot of the same cards because you need 3 Monsters on the field to summon them. However, Konami decided to make them really unique. Only 5 cards are found in both decks. This helps provide variety in their feel and create fun moments. However, I would argue that Ra’s Disciple should have been one of those cards that was in both decks. It’s designed to be used to summon the three God Cards. Why would you not have that in a Slifer deck?

I think these decks are fun and do have an audience. People who played the game or watched the anime way back during the days of the Duel Monsters anime will be drawn to these decks even if they haven’t played Yu-Gi-Oh! in a long time. Yes, Konami does do a lot of nostalgia bait for DM fans. It tends to work well for them. One of my favorite things though is that I now have Harpie’s Feather Duster! Let me know your thoughts on these new decks and I challenge you to pick one of these two gods and come up with a better decklist that doesn’t have more than 2 generic staples, only 1 card from Rage of Ra reprinted, and would still be fun to play with the win condition of getting your chosen god onto the field. I want to see what you can come up with.