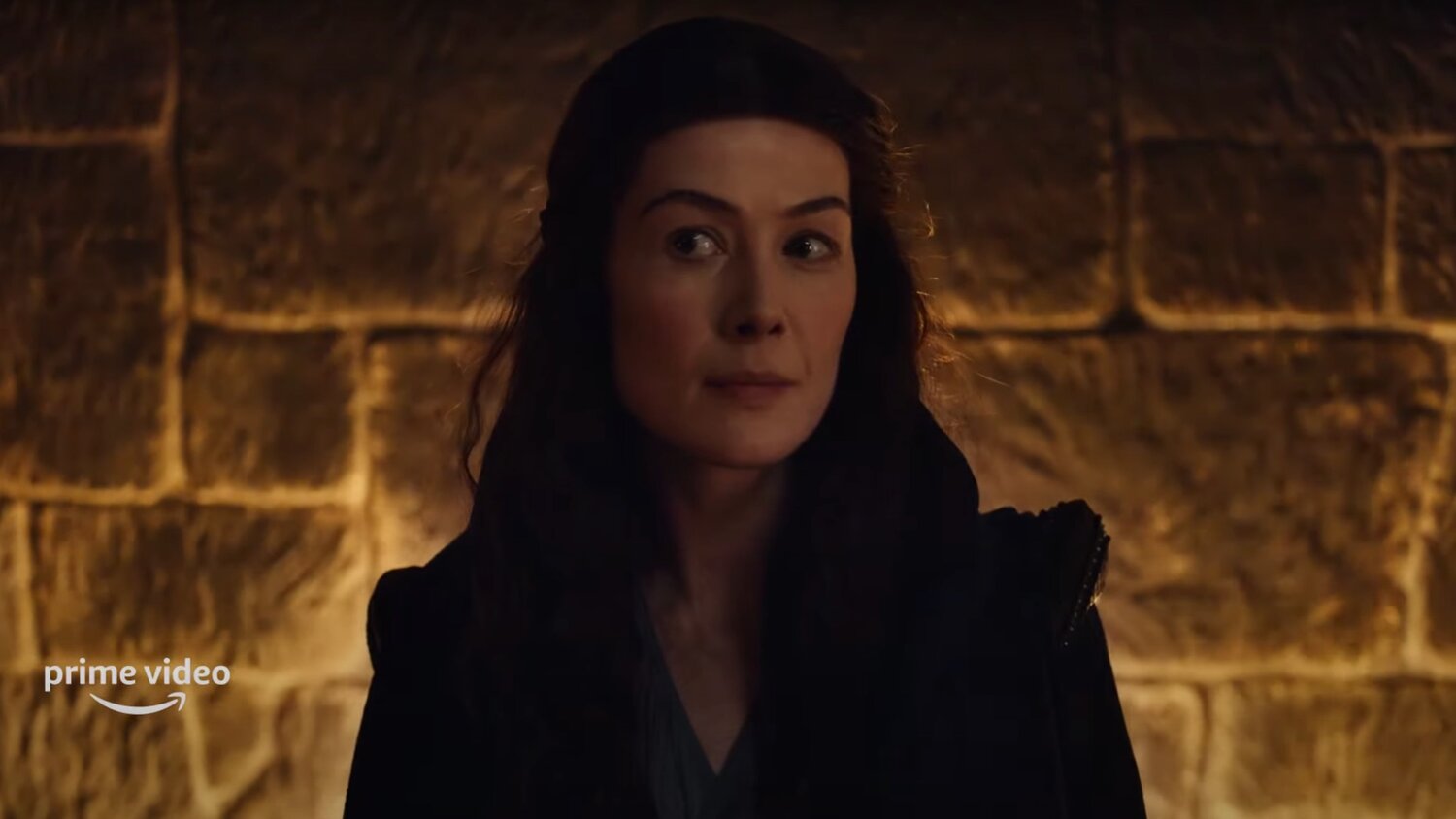 Amazon Studios released a new clip for its highly-anticipated fantasy epic The Wheel of Time, which is based on Robert Jordan’s fantasy novels. A lot of fans are looking forward to watching this series, and it actually looks like it’s gonna be good!

The clip is titled “Winespring Inn” and and the scene is set in the local tavern in the town of Two Rivers. The tavern is filled with locals and as they are all enjoying themselves Rosamund Pike makes her big mysterious entrance with her traveling companion Lan Mondragoran (Daniel Henney) for the first time. Their entrance definitely turns some heads and causes a hush of silence in the tavern as they all stare at the newly arrived guests.

The story is set in a sprawling, epic world “where magic exists and only certain women are allowed to access it.” Moiraine is “a member of the incredibly powerful all-female organization called the Aes Sedai, as she arrives in the small town of Two Rivers. There, she embarks on a dangerous, world-spanning journey with five young men and women, one of whom is prophesied to be the Dragon Reborn, who will either save or destroy humanity.”

It was also announced that Ceara Coveney (The Amazing World of Emma), Natasha O’Keeffe (Peaky Blinders) and Meera Syal (Broadchurch) have been added to its Season 2 cast.

Rafe Judkins, and Uta Briesewitz are the showrunners of the show with Briesewitz directing the first two episodes.

The first three episodes of The Wheel of Time will premiere on Amazon Prime on Friday, November 19th. New episodes will premiere every Friday for the next month, with the season finale premiering on December 24th.