Getting this week started with some tech-death. As one might expect from an Artisan Era band, this is an album of complex musicianship combined with moments of earworm melodies. This one also dips into prog territory as many of the songs are lengthy. Austin has a full rundown as part of Tech-Death Tuesday here.

Deadscape – Of The Deepest Shade

Next we have some solid melodic death metal. The sound of this is like a combination of Amon Amarth, Soilwork, The Agonist, and a dab of Katatonia. The multiple voices on this one really create a compelling and dynamic experience as well. Their vibe is constantly shifting between driving, soaring, catchy, and a little sad.

Over the years there have been several Star Wars influenced bands. You’ve had Galactic Empire and WAY back in the day Anchorhead, and others. Now rather that playing metal versions of the the Star Wars score you’re getting bands playing straight ahead metal tracks about the universe. Over this EP’s four track Ecryptus created death metal about lightsaber death, dying in a sarlacc pit, and more.

I frankly know little of Enterprise Earth. The samples I’ve found of this record showcase a band that is one of the more frantic and one of the more melodic bands in their genre. Some choruses border on post-hardcore, but when they shift back to deathcore guitar chugging it gets real chunky.

Fit For An Autopsy – Oh What The Future Holds

Since deathcore is the underlying theme of this week, here we have the latest from Fit For An Autopsy. Like the chaps above, this has really grand melodic moments and lots of chunk, but the truly evil sounding moments separate the two bands. They pair well together though.

Lee McKinney – In The Light Of Knowledge

Born of Osiris‘ guitarist is dropping one of the cooler shred albums I’ve heard in a long time. There is plenty of guitar frettery here, but Lee implements some weird techniques that I have never heard before. When you’re not impressed by the sheer skill, you’ll be wondering what the hell is happening. It’s also a rather beautiful record.

Wit’s End is a two-track EP that will haunt your brain. The title track is a doom epic that’s just shy of fifteen minutes and the second is a spooky ambient soundscape that is sure to be conjuring something.

Party Cannon are great at standing out. Every time they pop up on a flyer there will be a sea of pointy borderline illegible metal logos, and then in colorful balloon letters, “PARTY CANNON.” On Volumes Of Vomit, they bring the slamming death metal party. Lyrically, this is goofy, but fuck it hits hard.

We have reached the end of my unintentional deathcore trifecta, and this one is the most epic of the bunch. While the others I mentioned are no strangers to grand moments, Shadow Of Intent keep the symphonies going throughout. They also implement some more traditional death metal in their sound, so this isn’t just violins and breakdowns. These guys have grown up a lot since their early days as a Halo worship band. Max has a full review here.

Wrapping this week with the second album form Underoath since their reunion. Like lots of albums, this saw delays due to supply shortages, covid stuff, you know the drill. Fans, of empowered, synthy metalcore with have a lot to enjoy here. 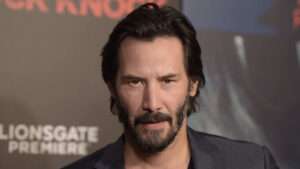 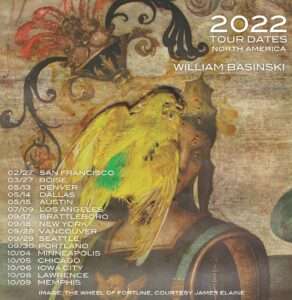