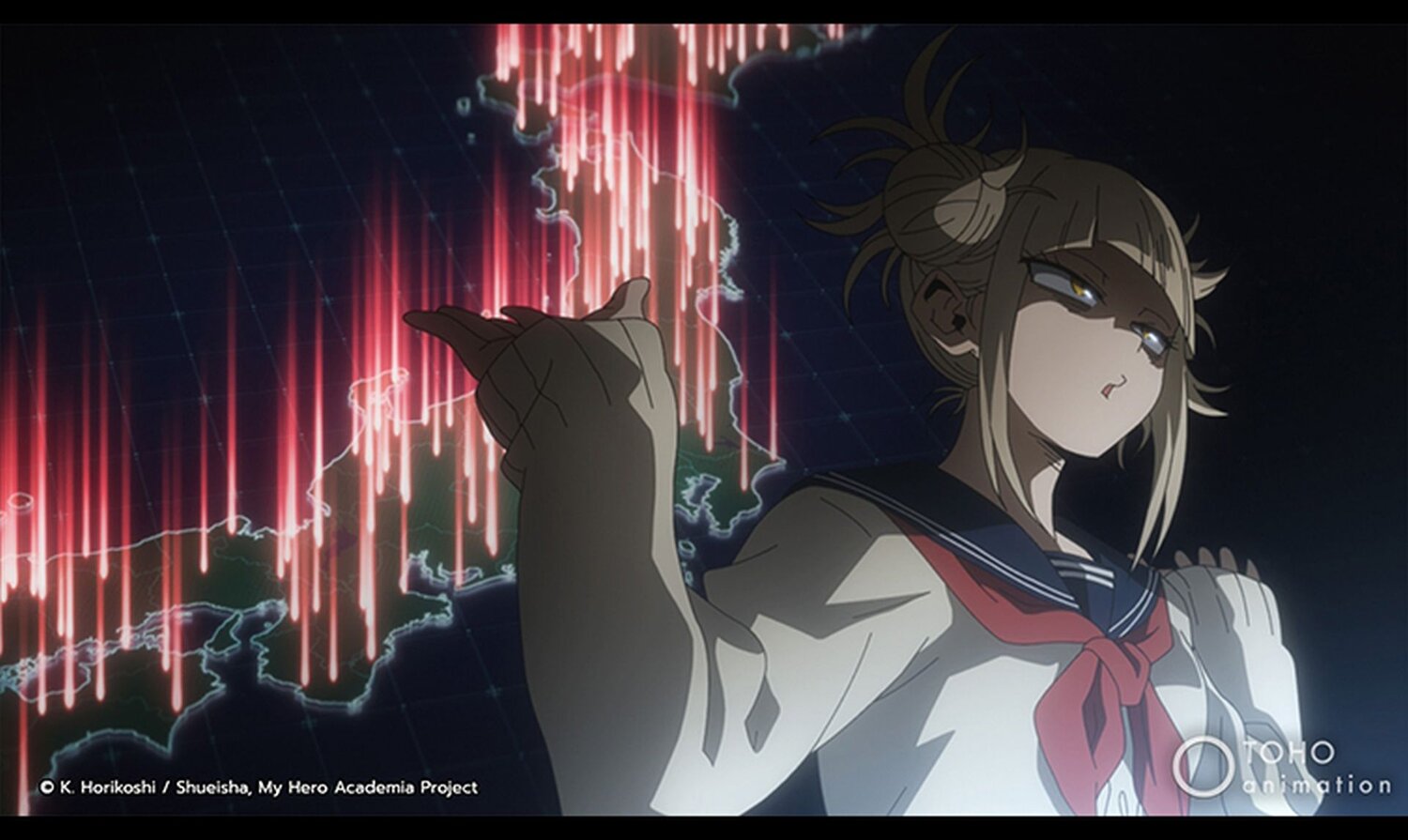 Fans of My Hero Academia will be able to see things from a different perspective soon. The next story arc in the fifth season of the hit anime series is called “My Villain Academia” and includes the Meta Liberation Army coming out to destroy the League of Villains. For a few episodes, fans will follow the League of Villains as they train to become the best bad guys out there with help from Gigantomachia.

The League of Villains is dead broke and getting nowhere fast. All For One’s enormous bodyguard Gigantomachia arrives to pulverize them into shape. But before they’re back on their feet, the sinister Meta Liberation Army, led by Re-Destro, comes out of the woodwork to destroy the League and anyone who tries to regulate Quirks.

This multi-episode arc is dedicated to the bad guys, old and new, of My Hero Academia and will be an edge-of-your-seat thrill ride, including Himiko Toga in a bloody showdown and new insights into Tomura Shigaraki’s tortured past. What secrets will the League of Villains unlock within themselves as they clash against their greatest opponents yet?

Fans will be able to watch “My Villain Academia” on Funimation starting August 21 via simulcast with English subtitles. If you prefer the dubs, those will come a few weeks later.