With the release of Denis Villeneuve’s Dune right around the corner, the illustrator of The Promised Neverland manga series, Posuka Demizu, has created a spectacular Dune poster in celebration. The film is set to hit Japan on October 15, one week before it launches in theaters in the United States on October 22.

The poster, of course, bears a striking similarity to the art style of The Promised Neverland, and it even drew praise from Villeneuve himself. “It’s very meaningful to me that other artists can draw inspiration from my work and incorporate it into their own,” said Villeneuve. “I consider it a beautiful gift. There is something so special about using gravity in such a dynamic way to enhance the drawing. I think it’s very beautiful and very poetic.”

Check out The Promised Neverland illustrator’s Dune poster below: The Promised Neverland’s original manga run lasted from August 2016 through June 2020 and consisted of twenty volumes. The series has since ended, but was given an anime adaption in 2019. While the first season of the show was met with rave reviews, the second season had less than stellar reception from fans due to animation quality and some pretty major changes to the source material.

Meanwhile, Dune is the second feature film adaptation of the prolific sci-fi book series, with the first being David Lynch’s Dune released in 1984. At the moment, Warner Bros. has not greenlit a sequel for the 2021 film. 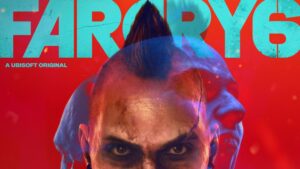