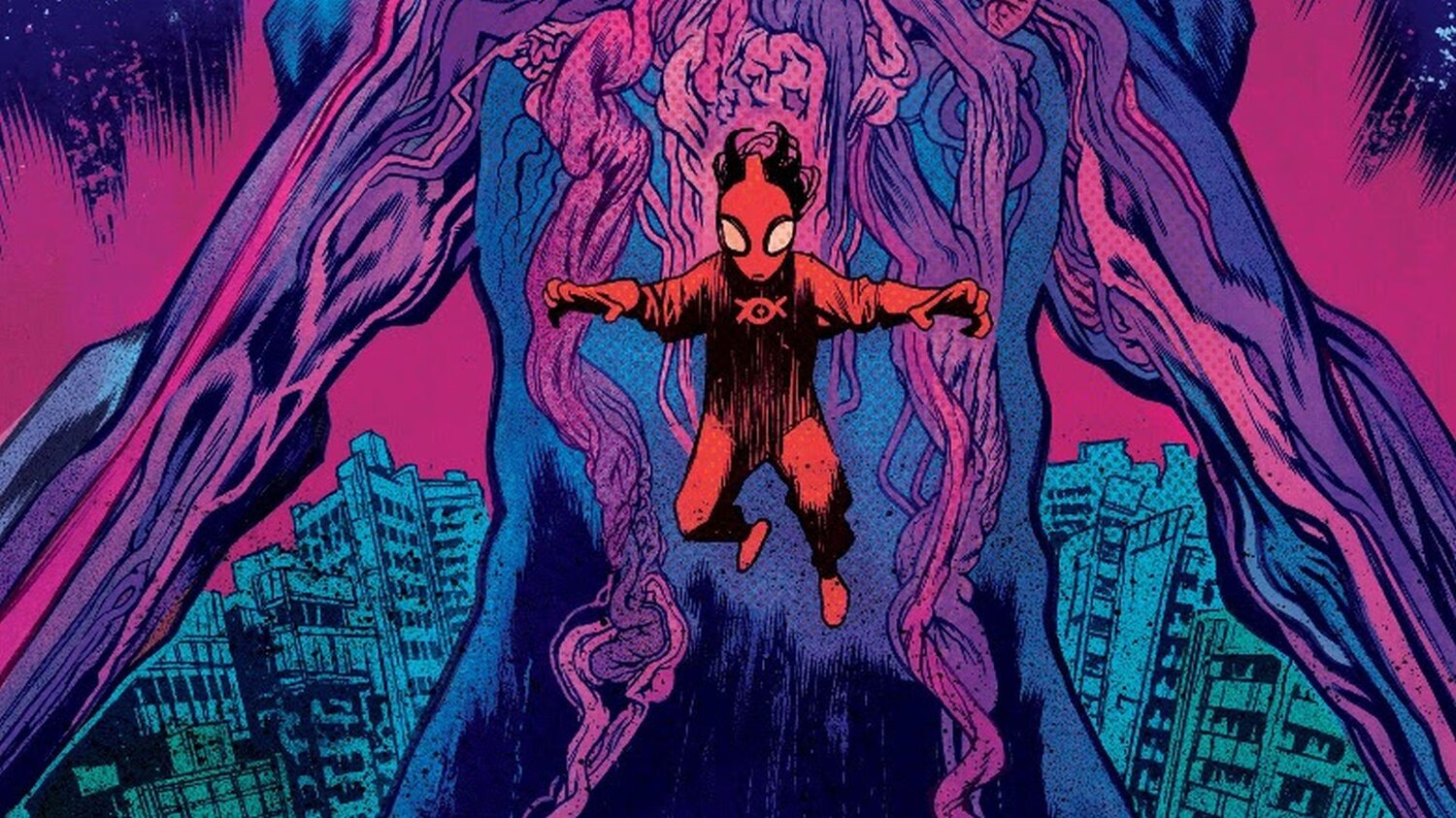 Ultramega is a very bloody tokusatsu comic from James Harren and colorist Dave Stewart. Image/Skybound has released a first look at the next issue, Ultramega #4, and it includes our look at a new Ultramega! This is sure to excite fans of the series.

In the world of Ultramega, a cosmic plague has spread and transformed everyday people into violent, monstrous kaiju. Only the Ultramega—three individuals imbued with incredible powers—hold the line against this madness.

Now, it’s the FIRST APPEARANCE of a new Ultramega… but with great power comes incredible horror and violence. It’s the NEW Ultramega vs Kaiju King for the future of humanity!

The extra-length issue will feature 46 pages of storytelling with a main cover by Harren and variants available from Paul Pope & Mike Spicer and a Pride variant by Kris Anka. Black and White versions of Harren’s and Pope & Spicer’s covers will also be available. You can read Ultramega #4 on June 16 with physical copies at your local comic shop or digital copies from Amazon Kindle, Apple Books, comiXology (affiliate link), and Google Play.