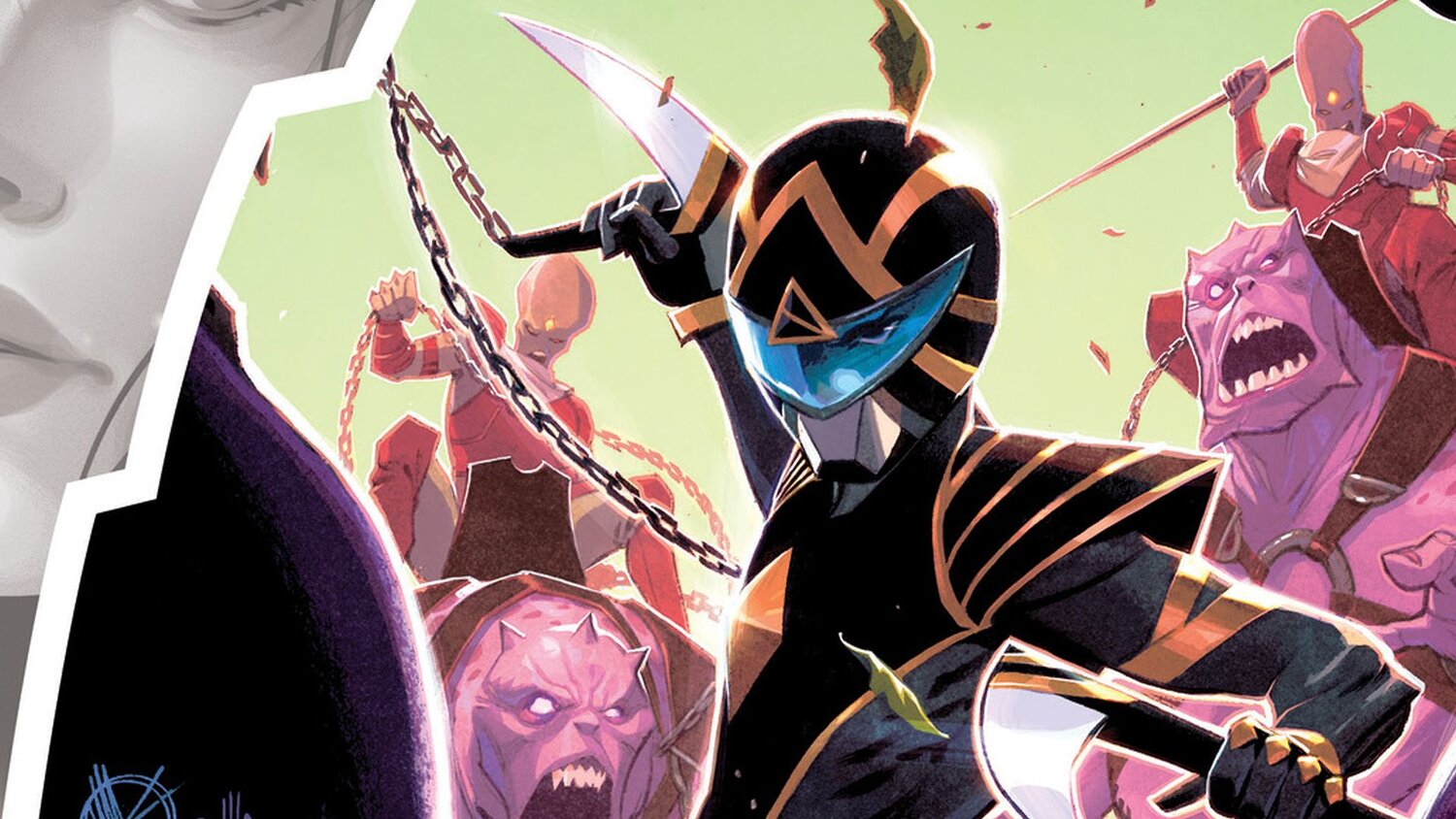 Lord Drakkon is a devious character. BOOM! Studios has released a preview for Power Rangers #7 and it doesn’t look like much, but there are some layers. The story just keeps accelerating and I’m starting to question if Ryan Parrott knows how to slow things down. Everything’s been so crazy that the Omega Rangers barely get a break it seems. Sure, we see them playing a game of Torono Ball but that doesn’t mean everything’s slowing down. Zack does a move that’s definitely cheating which helps feed Drakkon’s little mind games. You also have Trini who’s so pissed she’s smashing pots with her hammer training. You can tell that Drakkon’s getting under her skin. I love these comics. The art is by Francesco Mortarino, with colors by Raúl Angulo and Jose Enrique Fernández, and letters by Ed Dukeshire.

The Omega Rangers and Drakkon are on the run in space, but they must find new allies if they want to defeat the Empyreals. But that means trusting someone they’re not sure is friend or foe if they are to save the universe. And then… there’s Drakkon.

Fans will be able to read Power Rangers #7 on May 19 with physical copies at local comic shops and digital copies available through comiXology (affiliate link), Google Play, iBooks, and Madefire. The main cover art is by Matteo Scalera with variants also available from Daniele Di Nicuolo and Peach Momoko.