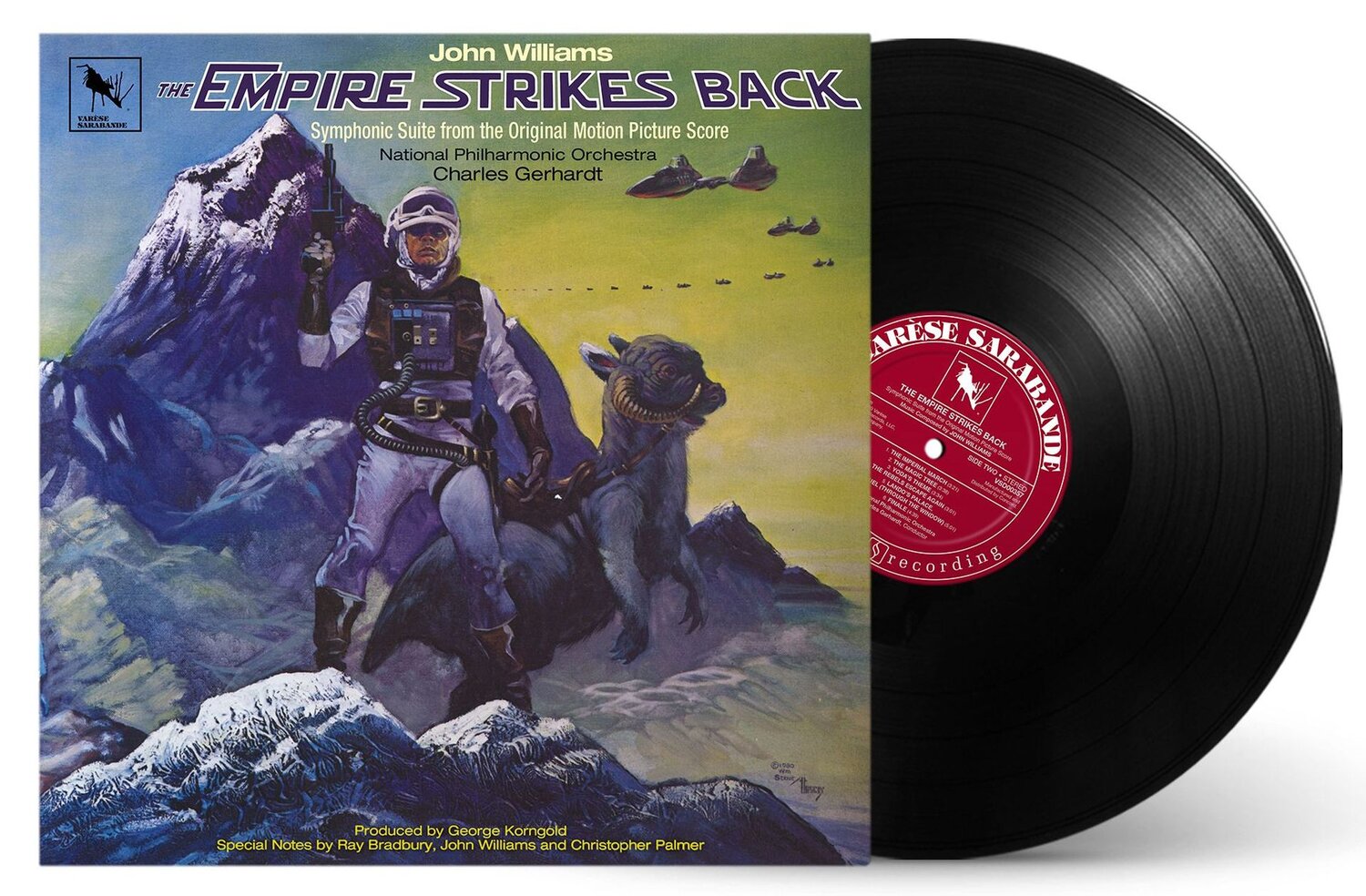 Star Wars is known for a lot of great things like action, adventure, lightsabers, and great stories. Another huge highlight is John Williams’ score. Varèse Sarabande Records announced on Star Wars Day that The Empire Strikes Back – Symphonic Suite from the Original Motion Picture Score is going to be re-issued as a vinyl LP for the first time since 1980! The 180-gram black vinyl comes in a gatefold jacket with the original Star Wars painting and notes. I do want to stress that this is not the entirety of the movie’s soundtrack. Williams explains:

The Suite, which I had specially written and adapted for concert performance […] had been skillfully augmented with other music from the film to form a unified whole. A great orchestra and Gerhardt’s opulent sound and dramatic phrasing combine to make a fine addition to a rapidly growing list of great recordings of film music.

You can pre-order your copy of the LP from Varèse Sarabande with an exclusive “Ice Planet Hot Blue” version being sold at Vinyl Me Please, an exclusive “Imperial Grey Marble” version at Newbury Comics, and a Canadian exclusive “Cloud City Orange” version at Sunrise retail shops. The LP is set to release on July 23 and this is a really special treat for fans to enjoy.