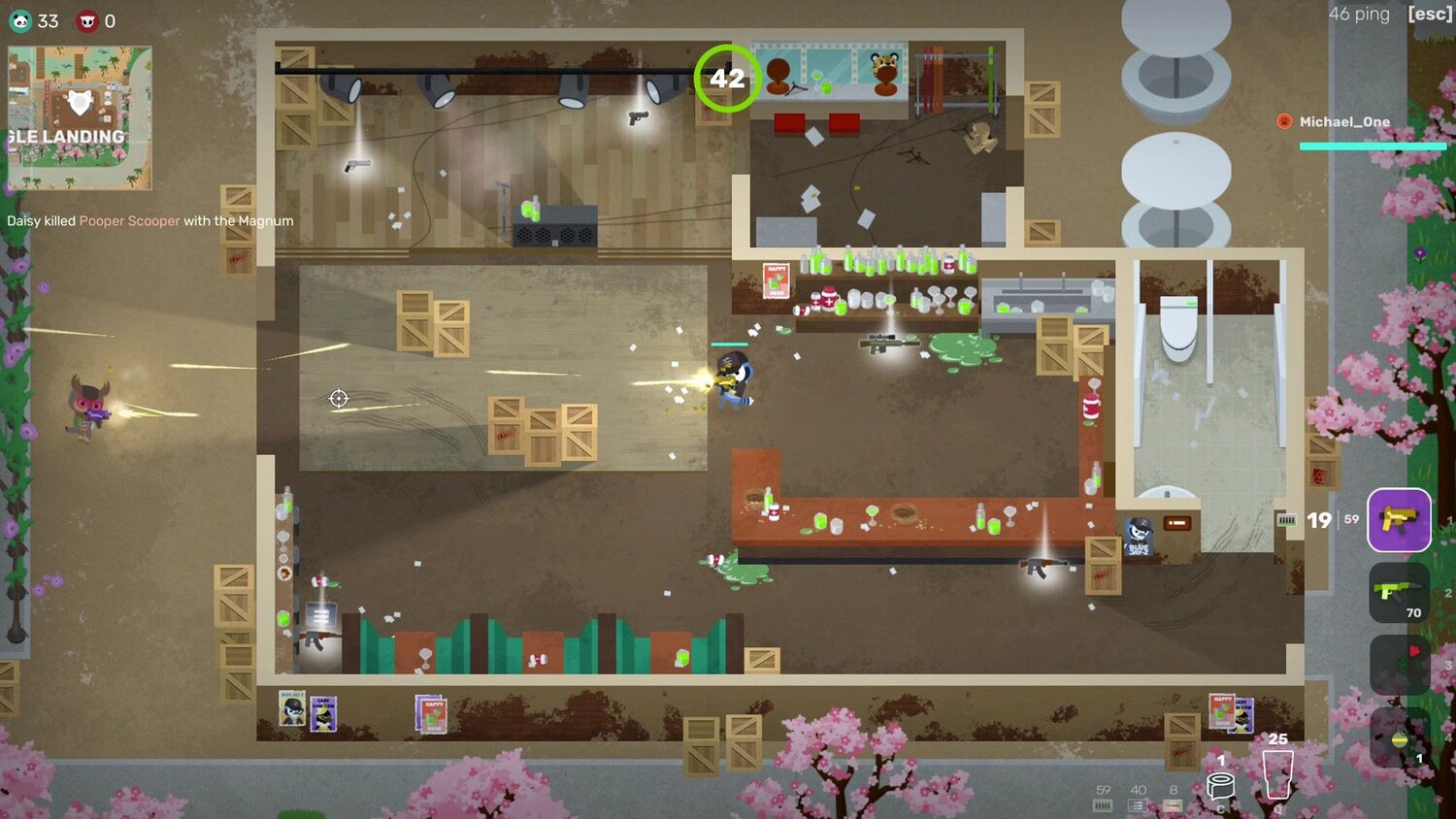 Super Animal Royale is a battle royale game from Pixile Studios and Modus Games. It is currently available on Steam through Early Access and on Xbox One and Xbox Series X|S consoles through the Xbox Game Preview program. The teams behind it asked me to check it out and loaded me up with a Super Edition of the game on Xbox Series X|S which just adds some cosmetics as well as gives the player a head start on the currency for buying more goods. I’ve spent a little bit of time playing it and wanted to share some impressions I’ve had.

Super Animal Royale is a battle royale with a zoological twist. Play as your favorite cuddly, genetically modified animal picked from 300+ breeds, find your style with 600+ cosmetic items, and jump off the back of a Giant Eagle and into a 64-player fight to the death! You’ll fire shotguns and sparrows, toss grenades and bananas, ride emus and hamster balls all the way to the top of the food chain. The explosive top-down action pairs perfectly with an expressive flat-design style, and the innovative fog-of-war-system enables a game that’s as deep and strategic as it is fun and accessible.

This game is more fun than I thought it would be. I’m not the biggest fan of battle royale games, but I found this one to be less stressful and more leisurely. Maybe it’s the fact that everyone runs around as adorable animal characters dressed up to look cool and weird to their tastes or if it’s the 2D environment and gameplay. Going through and designing your character is fun as you unlock new breeds of animals and cosmetic items.

Honestly, I think the 2D aesthetic of the game helps it feel more fun. In 3D games, you’re always worried about someone being behind you, and you don’t have that in Super Animal Royale. That’s one stress off your plate. You still have to worry about players hiding behind things, but that helps keeps the game interesting and providing more strategy to the game that I felt was enjoyable.

Also, Xbox and PC players can currently enjoy cross-save and cross-platform matchmaking. This will continue on when the game fully launches to include the other platforms as the game releases, and I’m always a big fan of this.

Even if you don’t normally like battle royale games, I would consider downloading Super Animal Royale. It’s 100% free, so there’s nothing to lose and it barely takes up any space. If you like it, you can buy different cosmetic items to help support the game. Using real money provides no gameplay advantage.