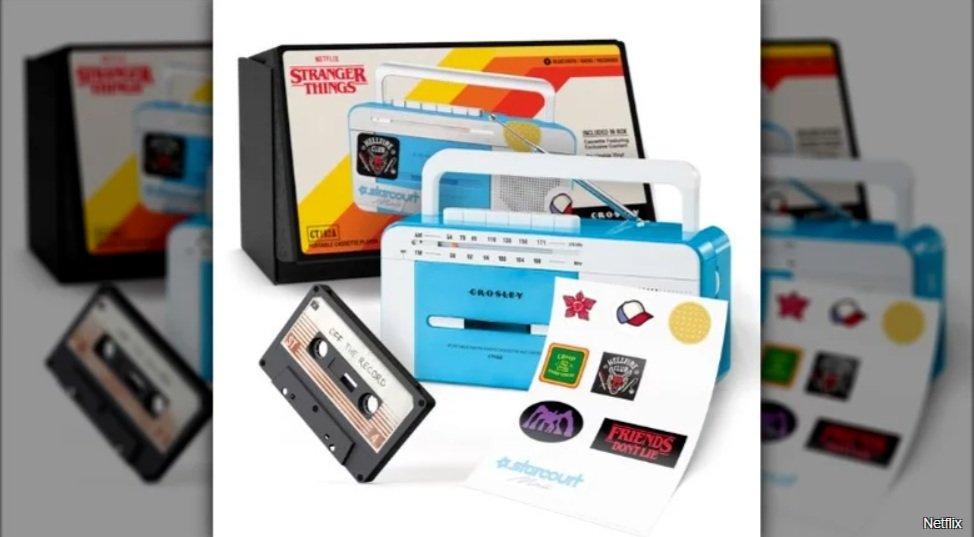 We are finally in the home stretch, getting closer to the fourth season of Stranger Things, which debuted its first trailer recently. Fans are going on what we’ve seen so far to know what to expect in the coming episodes, which isn’t much except for a creepy new storyline in a haunted house. But fans have another way of gathering a little bit of info.

Walmart has revealed that they are releasing a limited edition Stranger Things branded Crosley Audio Cassette Player. Not only does it look awesome, but you can listen to music the way we 80s kids did back before CDs came along. Another cool perk built into the product exclusively for fans is an included cassette that reveals new content from season 4.

The Walmart Exclusive Crosley cassette player bundle comes with a tape that comes with a secret voicemail left by a “mysterious figure” from season 4. The neon blue player is fully operational, with a tape deck, AM/FM radio, tape recording, and bluetooth functionality, if you want to get digital with it. The bundle also comes with eight vinyl stickers based on the show, including a “Friends Don’t Lie” sticker in the Stranger Things font, a Starcourt Malls sticker, and Dustin’s hat.

You can pre-order the cassette player on the Walmart website now for $64.88. It is expected to go on sale Friday, November 19, 2021. Will you be picking one up this Christmas?