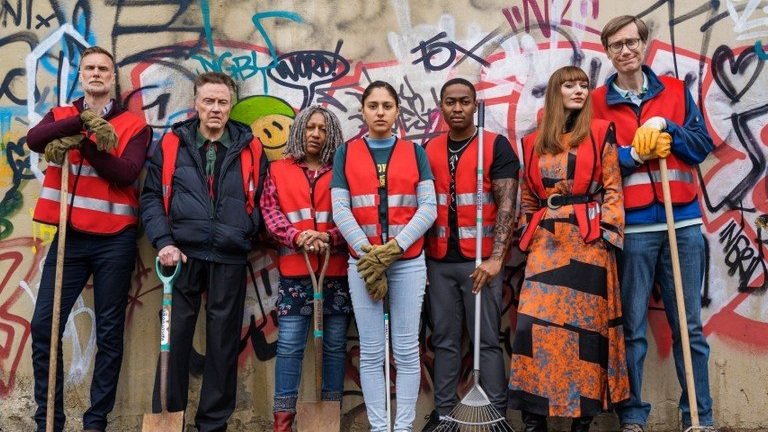 The BBC/Amazon series The Outlaws, from The Office creator Stephen Merchant, and Elgin James (Mayans M.C.), will return for a second season. The comedy thriller follows seven convicts completing community service in Bristol, U.K. The second season, which has already wrapped and is due to air next year, follows on directly from Season 1. Both seasons were filmed back to back.

According to the BBC, The Outlaws has been the broadcaster’s biggest comedy launch in 2021 and has been streamed on iPlayer 11 million times. Season 2 will premiere on BBC One and BBC iPlayer in the U.K. and on Amazon Prime Video in the U.S., Canada, Australia, New Zealand and Nordics.

Are you a fan of the series? I didn’t even know about it, but I’m a fan of Merchant and Walken, so I will be checking it out.