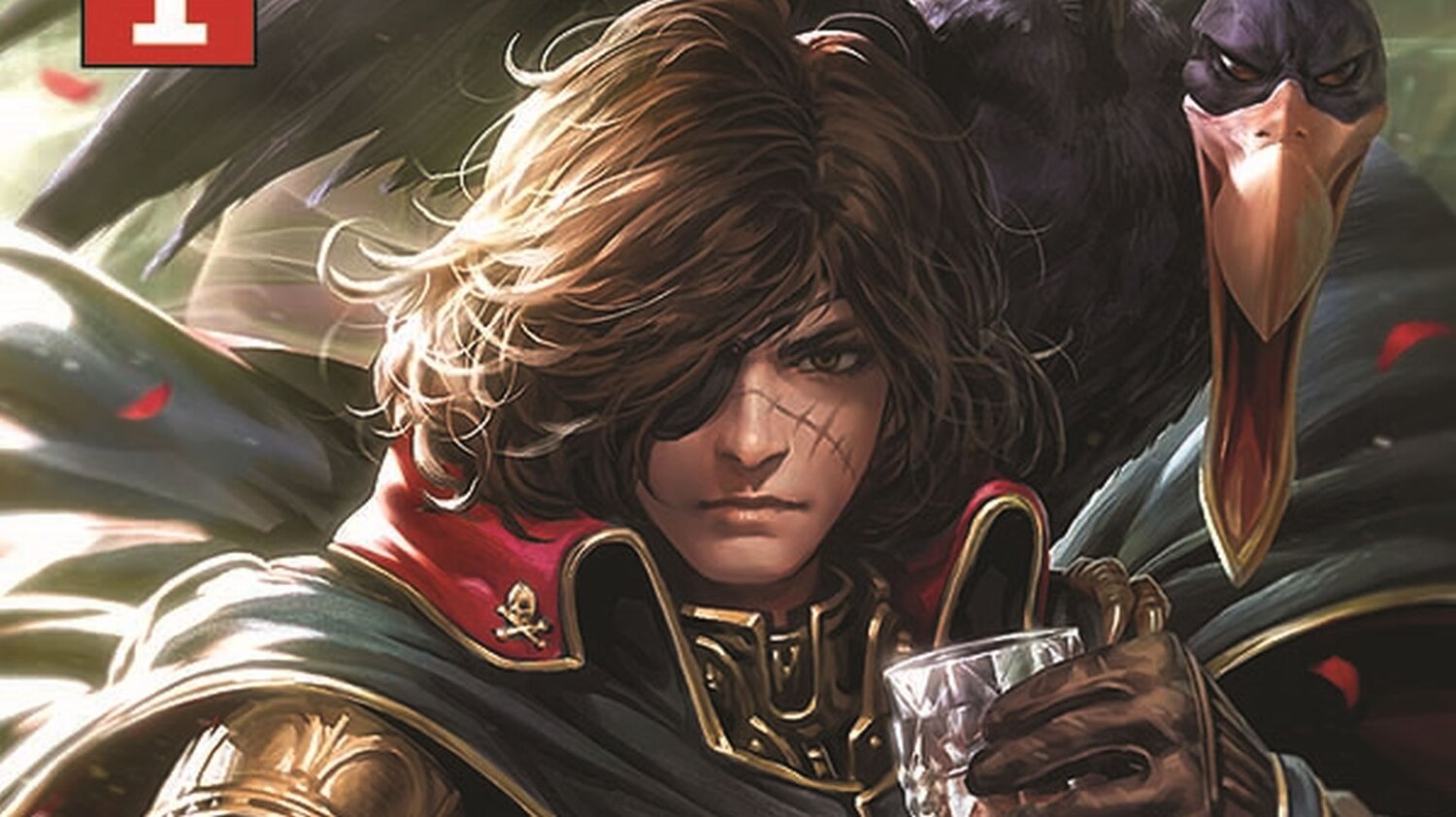 Set within the timeline of the original series, this brand-new Captain Harlock adventure marks the beginning of a new story arc. Planet Earth is threatened by an upcoming invasion by the Sylvidres and despite being banished as a pirate, Captain Harlock won’t give up trying to save the world. This time, the source of danger comes directly from Earth, not outer space. A team of scientists discovers a Sylvidres mausoleum where they find information about terrifying genetic manipulations and a destructive power capable of either providing the Sylvidres with immortality or putting an end to their civilization. The unprecedented cold spell hitting Earth might only be a taste of what this new enemy has in store…

Will Captain Harlock and his crew manage to solve this mystery and save the Earth from yet another menace?

Each issue of Space Pirate Captain Harlock will feature 32 full-color pages with beautiful artwork. The first issue will launch on June 9 and is available to pre-order from local comic shops, comiXology (affiliate link), or wherever you like to buy comics. We’ve got a look at the covers for the first issues below. For the first issue, the cover art comes from Derrick Chew, Kendrick Lim, Leirix Li, Yanick Paquette, Miguel Mercado, Andie Tong, and Alquié.