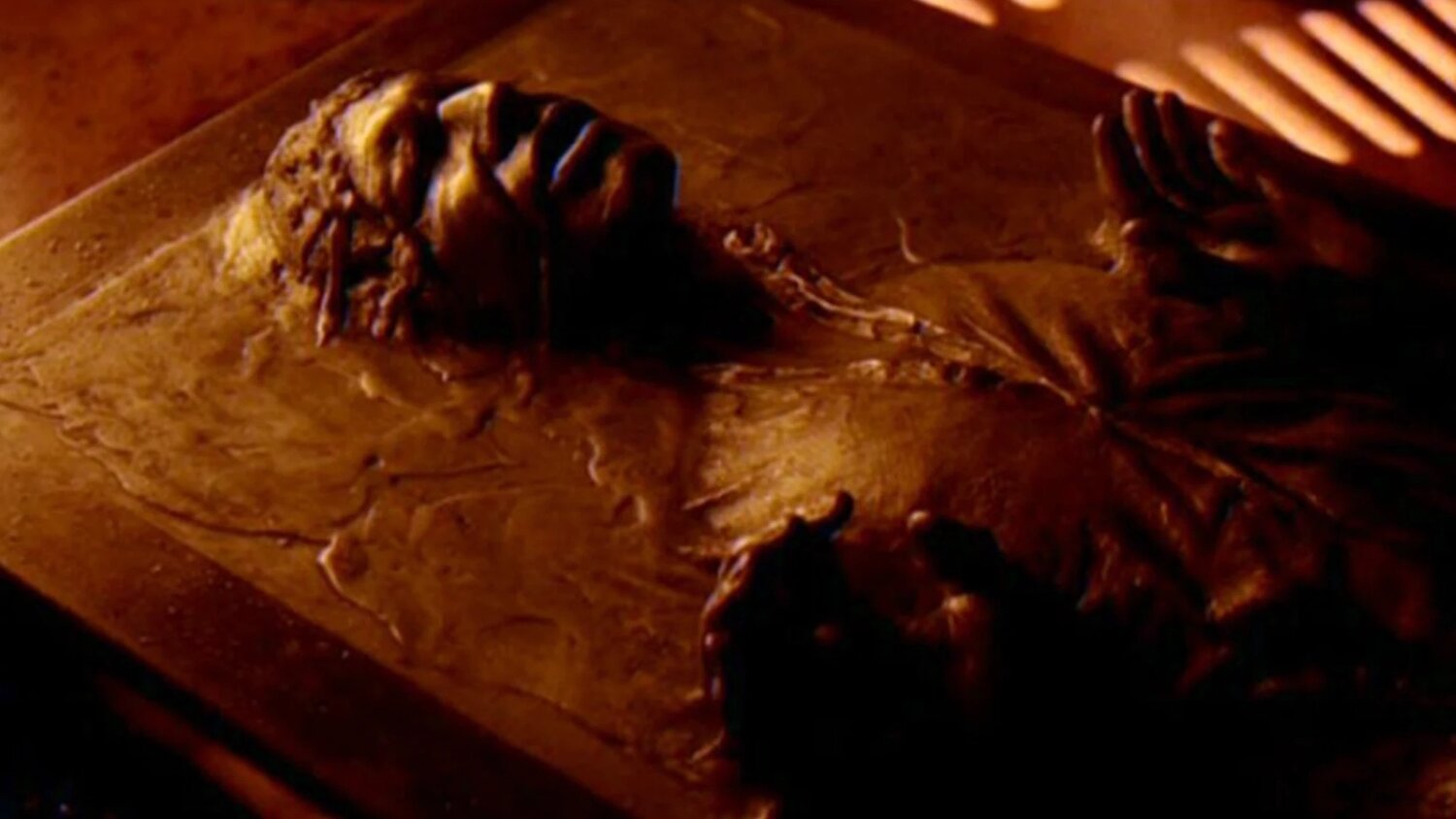 Here’s a bit of fun Star Wars trivia for you today! All these years after George Lucas’ original trilogy was released, we are still learning all kinds of new things about the film that we didn’t know before!

Today I learned that it’s not Harrison Ford in the carbonite. Now, the prop was made from a cast of Ford’s face and hands, but there was a different Star Wars actor that stood in for the rest of the body.

This fun bit of info comes from the film’s make-up artist Nick Maley, who runs his own “Yoda Guy Movie Exhibit” in Sint Maarten in the Netherlands. He shared a video in which he explains all the details of how this prop was created.

Maley says he’s “the last person still living who made the original life cast of Harrison Ford in order to put Han into carbonite.” He went on to explain, “You don’t do a full body cast of your main actor if you don’t have to.”

As for the person’s body used in the prop, that was the body of Alan Harris, who also played Bossk in The Empire Strikes Back.