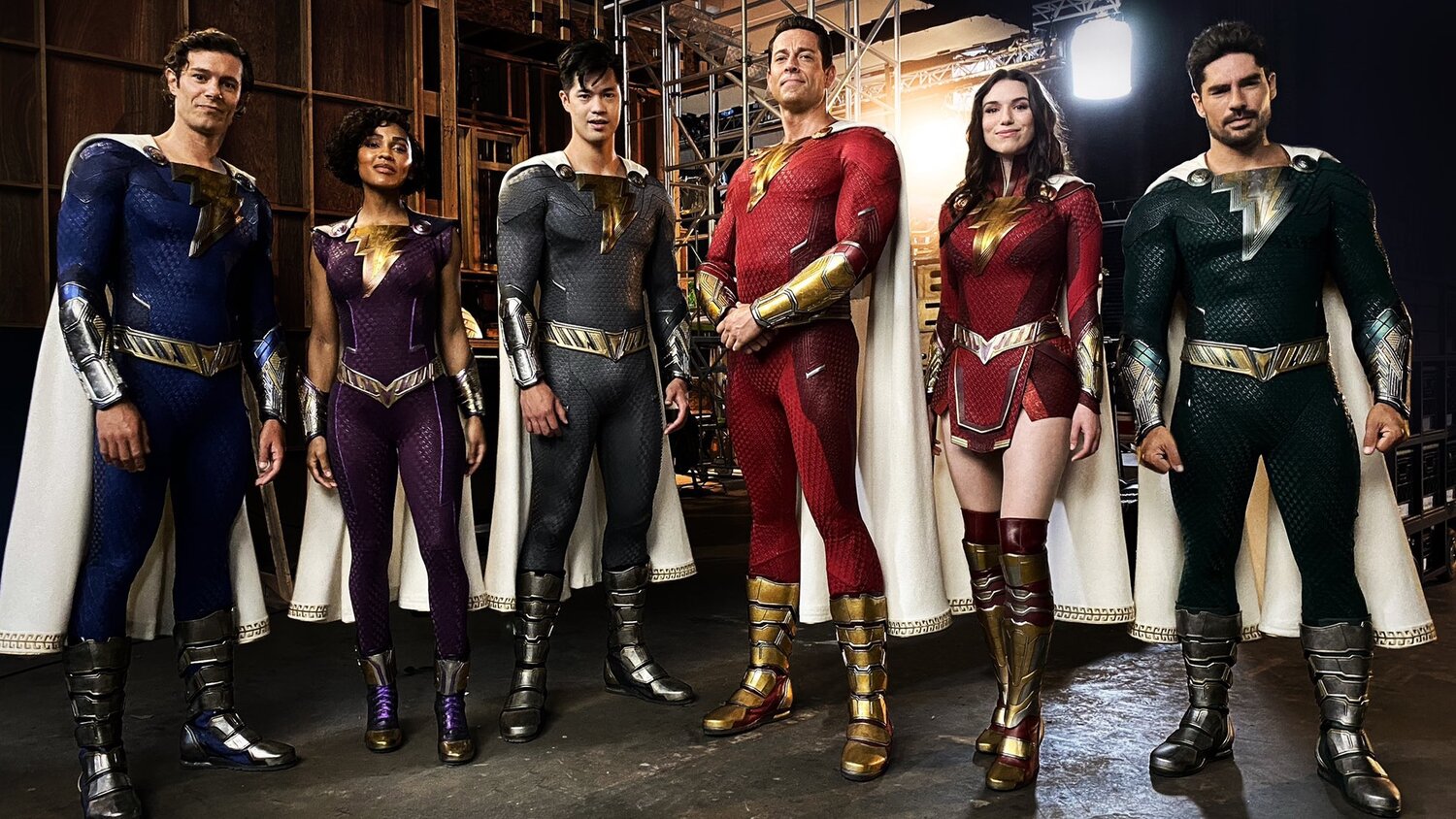 With all the photos leaking from the set of Shazam! Fury of the Gods, director David F. Sandberg decided to share an official behind-the-scenes photo from the set of the film. This photo gives us our first official look at the Shazam Family in costume!

Shazam! Fury of the Gods will continue the story of teenage Billy Batson, who upon reciting the magic word “SHAZAM!” is struck by the Living Lightning of the gods and transformed into his adult superhero alter ego, Shazam. He has the powers of six gods: the wisdom of Solomon, the strength of Hercules, the stamina of Atlas, the power of Zeus, the courage of Achilles, and the speed of Mercury.

This next film will see the Shazam family taking on more dangerous threats, with the introductions of the daughters of Atlas, Hespera, and Kalypso, who are being played by Helen Mirren and Kill Bill actress Lucy Liu.