The vampire-horror shooter will arrive exclusively on next-gen Xbox consoles.

Arkane Studios has unveiled their next project in Redfall, an open-world co-op shooter that modernizes vampire lore for a new age. The upcoming FPS will launch exclusively on the Xbox Series X|S and PC next summer.

During the end of their E3 showcase, Xbox had one more trick up its sleeve when Phil Spencer announced the development of Arkane Studios’ next project, Redfall. The first trailer features a stylistic and fresh take on vampires that sees players hunt them down as a diverse group of original characters with unique abilities. Stuck on an island under siege by the blood-sucking monsters, players will have to team up with others to save the town and themselves. No gameplay is featured in the announcement, but it’s assumed the first person mechanics will resemble those of other Arkana Studios titles.

Famous for its Dishonored franchise, Arkane Studios has been making a pivot to new original games as of late. Deathloop is another next-gen shooter that will arrive sooner rather than later, and while its gameplay seems quite familiar, it’s a fresh original property that separates itself from other titles. The announcement of Redfall shows they are keen on creating new IPs that push innovation rather than banking on proven franchises. Bethesda has been criticized for doing the latter, but Arkane Studios continues to be a bright spot for the recently-acquired company.

Here’s the official synopsis for Redfall:

“The quaint island town of Redfall, Massachusetts, is under siege by a legion of vampires who have blocked out the sun and cut the island off from the outside world. Trapped with a handful of survivors against diabolical enemies threatening to bleed the town dry, choose your hero from a diverse roster, grouping up with others to create the perfect team of vampire slayers.”

Redfall arrives exclusively on Xbox Series X|S and PC in Summer 2022. Check out the announcement trailer below:

KEEP READING: ‘Marvel’s Guardians of the Galaxy’ Game to Bring Star-Lord & Co. to Consoles and PC This Fall

Our little Morningstar has gone through so much! 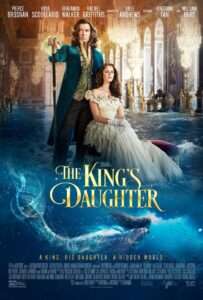