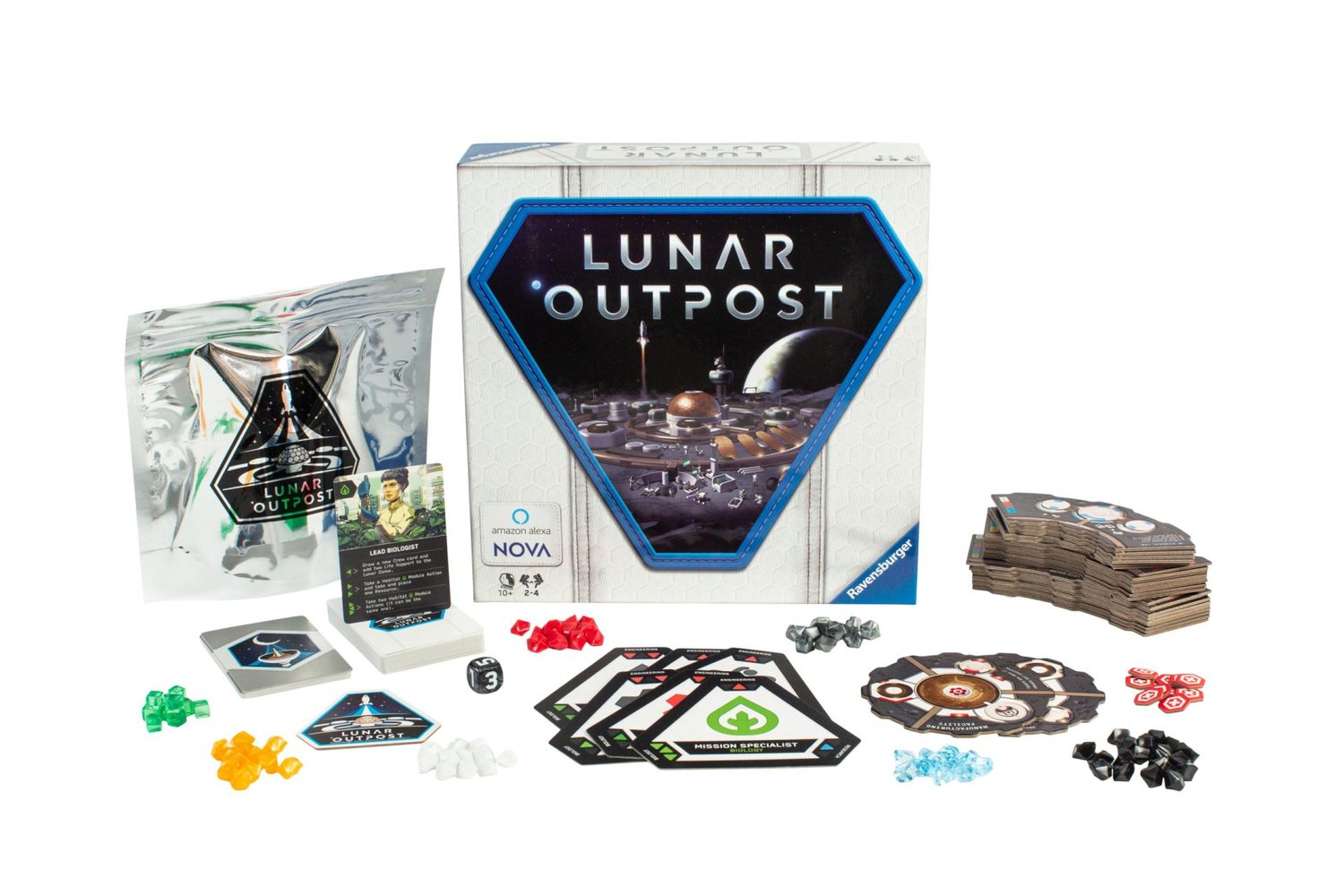 Last week, Ravensburger announced a new cooperative board game called Lunar Outpost. This new game is inspired by NOVA, the PBS science series, and was developed with NASA astronaut Dani Tani which is pretty awesome. The game sees players work together to build some kind of base on the moon. That could be a habitat colony, research center, or more. As you build the base, events will arise that will have you dealing with less than ideal circumstances like meteorite strikes. The game will use Amazon Alexa for Mission Control (or there’s a deck of event cards that can be used for offline play).

In Lunar Outpost, players work together to mine lunar elements and build a circular base on the moon. Players can choose to build a starter base, habitat colony, research center, or manufacturing facility. Each type of base is comprised of different “modules,” such as a solar monitor or a machine shop, some of which allow the players to do more as the game goes on. The game also comes with a “Training Mission” to get new players up to speed.

Throughout the game, players will need to contend with events ranging from oxygen leaks to meteorite strikes. A newly created Alexa skill serves as Mission Control, keeping track of the team’s progress and announcing the special events for each round. Players can also play offline using a deck of event cards.

Tani helped provide the game designers with information about what it is like to live and work in space which she has first-hand experience with after spending time on the International Space Station. Talking about working with Ravensburger on Lunar Outpost, Tani said:

It was a pleasure to work with the Ravensburger team on the Lunar Outpost game. This game conveys the excitement, planning and intricacies involved in building something as complex as a lunar base. I was impressed with the technical, visual, and even interpersonal fidelity that the game makers insisted upon. I’m proud to be involved with this game and hope that our future lunar architects and explorers get their start on this game board!

Lunar Outpost is set to release in June and will support 2-4 players. It is suggested for people ages 10 and up and is rated to take approximately 45 minutes to complete. You can pre-order your copy now from Amazon for $34.99.