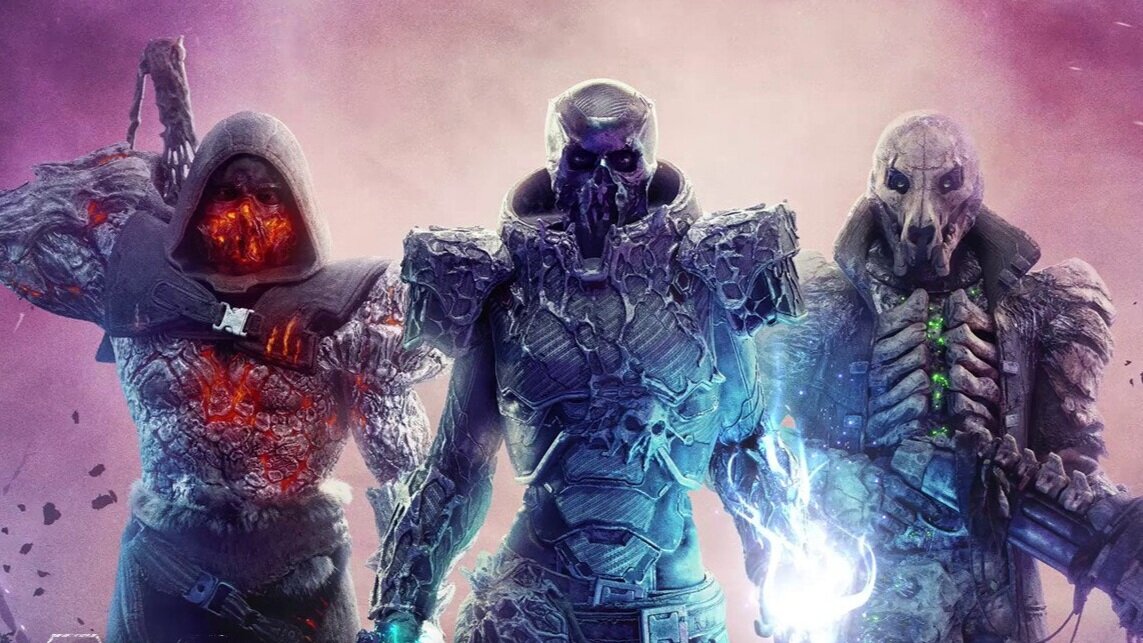 This is a shooter game first and foremost. The abilities will and can be used about as much as guns sometimes, but you’ll still need a gun for most instances and when your abilities are on cooldown or to get those pesky snipers. The shooting isn’t as tight as Uncharted or Gears of War, but it is good enough. The guns aren’t particularly unique with the exception of the full-auto

shotgun. If you enjoy shooters and just the raw gameplay, you’ll be happy with how things are in Outriders, but it isn’t going to convert other gamers to like shooting games.

This might be the most polarizing part of the game. I could see some people hating the cheesy delivery of some of the lines, the generic style, and predictable plot points. But, there could also be people that look at the game as a B-movie, SciFi channel, original story with crazy monsters, over-the-top acting, and lots of sci-fi tropes. The characters weren’t terribly memorable and the story only had a few moments of genuine originality, but I was well enough entertained by the random plot developments, silly lines, and less than serious tone (even if it wasn’t meant to be that).

After the main campaign is finished, players can go back and do all the side quests (which are basically find a boss and kill it). But along with those side missions is the real “endgame”, which is this series of increasingly difficult Expeditions for drop pods that lead to one last epic battle. They drop lots more loot and better quality loot depending on how quickly a player/s can finish the missions. I didn’t feel any urgency to play through to the end, but I did find myself more curious and interested in playing with new builds and unlocking new armor/guns for cosmetic reasons, and the best way to do that is by playing these Expeditions. I doubt that there will be a large, ongoing following and grind as we find in Diablo, World of Warcraft, or Destiny, but this game isn’t like those. Outriders is built to be a game that can be started one day and finished another. It may take some time to level up, find good enough loot, unlock all mods and go through all that on each character, but this game isn’t built to last forever.