The study, published online in Nature Communications, successfully demonstrated using human cells that a T-cell receptor, or TCR, therapy could be designed to mobilize an immune system attack on mutated KRAS solid tumors and shrink them. The preclinical work has laid the groundwork for the first-in-human clinical trial now in the planning stages for the treatment of advanced pancreatic cancer in patients whose tumors harbor specific KRAS mutations and express a specific type of human leukocyte antigen, or HLA, the therapy is built to recognize.

“We’ve shown that targeting mutant KRAS immunologically is feasible and potentially generalizable for a group of patients with lung, colorectal and pancreatic tumors,” said senior author Beatriz M. Carreno, PhD, an associate professor of Pathology and Laboratory Medicine in the Perelman School of Medicine at the University of Pennsylvania and a member of the Center for Cellular Immunotherapies, the Abramson Cancer Center, and Parker Institute for Cancer Immunotherapy at Penn. “We look forward to taking this research to the next level and closer to clinical study.”

KRAS mutations are among the most prevalent mutations observed in cancers and have been shown to drive tumor development and growth. Only recently have targeted therapies been shown to successfully treat a specific KRAS mutation found most commonly in lung cancer; however, no treatments currently exist for the majority of other KRAS mutations more prevalent in other tumor types. Immunological targeting of mutant KRAS represents an alternative treatment approach but has been less studied and understood.

Using a multiomics approach, the Penn team identified specific neoantigens associated with mutations at the G12 site on the KRAS gene. Neoantigens are protein fragments that form on the cancer cell surface when certain mutations occur in tumor DNA. More than 75 percent of the alterations in the KRAS protein occur at G12, making it an ideal site to target with therapies.

Armed with this knowledge, the researchers tested a TCR therapy directed toward specific KRAS G12 mutations present in conjunction with particular HLA types highly prevalent among patients. They showed in a mouse tumor model that it was effective at attacking and eliminating tumor cells. HLAs are an important part of the immune system because they encode cell surface molecules that present specific neoantigens to the T-cell receptors on T cells.

In other words, HLAs are key genetic codes needed for these engineered T cells to find and attack tumors.

The research further supports the use of neoantigens for targeting tumor cells, for both cellular therapy and cancer vaccines, which have been underway at Penn Medicine and elsewhere.

Importantly, the neoantigen and HLA information from this latest study is being used to develop TCR therapies to treat solid tumors, as well as new cancer vaccines. Based off these latest findings, the team initiated a vaccine clinical trial led by Mark O’Hara, MD, an assistant professor of Hematology-Oncology at Penn and co-author on the study, in pancreatic cancer targeting mutated KRAS.

The first clinical trial for the TCR therapy is projected to launch as soon as 2022, depending on regulatory approval, at Penn’s Abramson Cancer Center for patients with advanced pancreatic cancer who have both the KRAS mutation and specific HLA types identified in this latest study — which could represent up to 10 percent of patients with pancreatic cancer. The study opens the door, however, to expand the patient population as researchers continue to discover more about the neoantigens derived from regions of the KRAS gene and other mutated oncogenes implicated in driving cancer.

“We provide evidence that this oncogenic protein is a very promising clinical target of immune-based therapies,” said lead author Adham Bear, MD, PhD, an instructor in the division of Hematology-Oncology at Penn and member of the Parker Institute for Cancer Immunotherapy at Penn. “The goal, now that we have identified these neoantigens and T cell receptors, is to translate these findings and apply them to develop new therapies at Penn.”

The study was supported by the National Institutes of Health (R01 CA204261, P30 CA016520, CA196539 and CA232568), The Stand Up to Cancer/Lustgarten Foundation Pancreatic Cancer Collective, the Penn Institute for Immunology, and the Parker Institute for Cancer Immunotherapy. 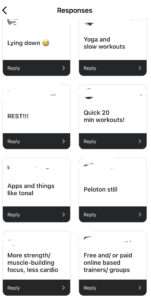 Fitness Trends for 2022 – The Fitnessista 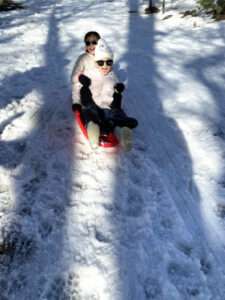 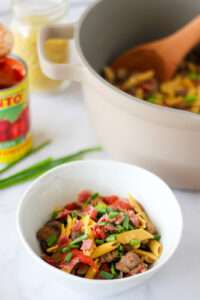 One Pan Pasta Toss – The Fitnessista