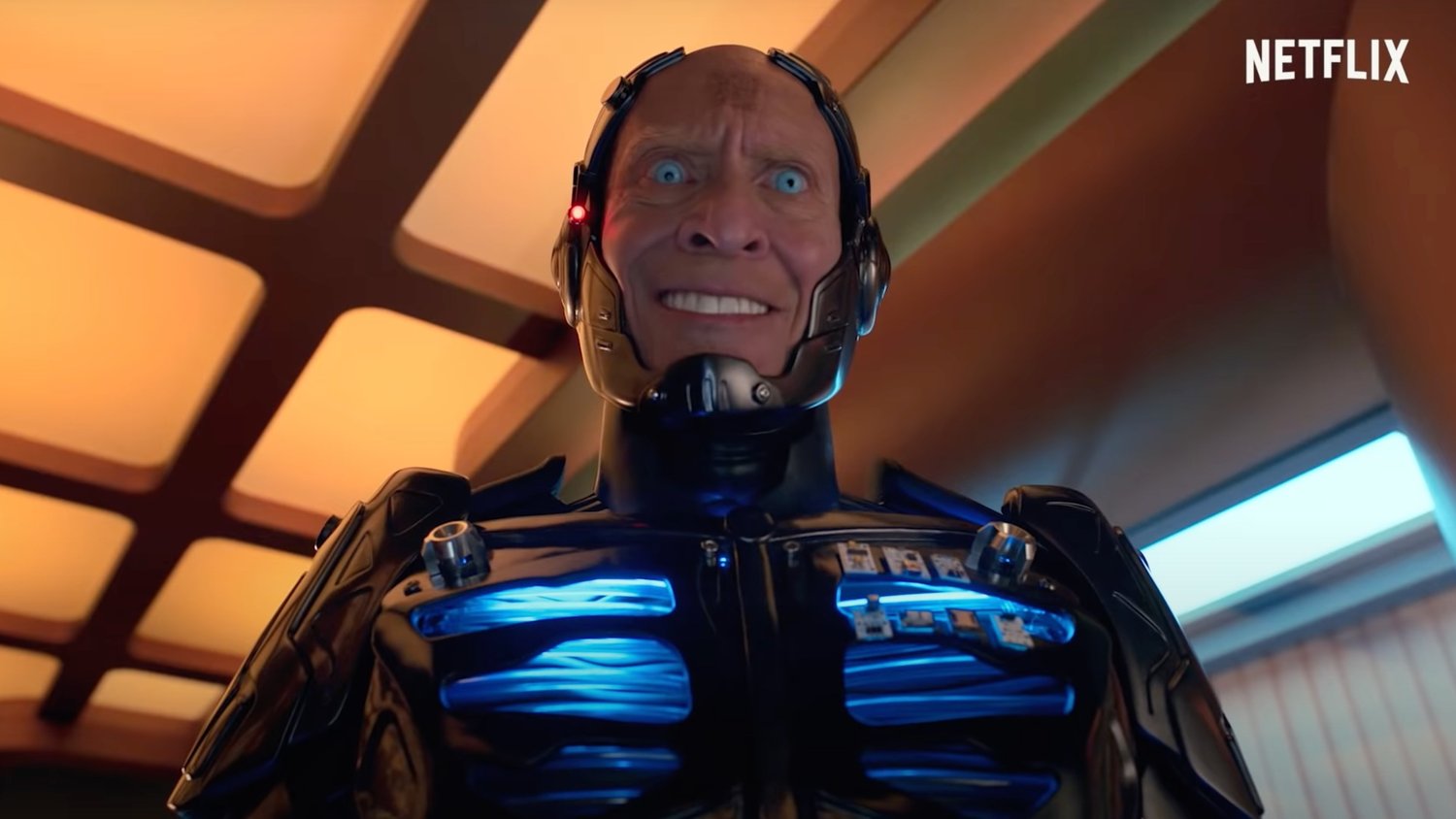 Netflix has released a full trailer for the upcoming sci-fi comedy Bigbug, which comes from director Jean-Pierre Jeunet, the creator of films such as Amélie, Delicatessen, and City of Lost Children. For those of you familiar with Jaunet’s crazy and fun work, you know what to expect from this latest project of his, and this one looks vibrant, wacky, and wild.

The show follows a group of suburbanites who are locked inside their homes by their robots when an android revolution starts outside. The synopsis for the film reads:

In 2050, artificial intelligence is everywhere. So much so that humanity relies on it to satisfy its every need and every desire – even the most secret and wicked… In a quiet residential area, four domestic robots suddenly decide to take their masters hostage in their own home. Locked together, a not-quite-so-blended family, an intrusive neighbour and her enterprising sex-robot are now forced to put up with each other in an increasingly hysterical atmosphere! While, outside, the Yonyx, the latest generation of androids, are trying to take over. As the threat draws closer, the humans look elsewhere, get jealous, and rip into each other under the bewildered eyes of their indoor robots.

Bigbug will be released on Netflix on February 11th, 2022.