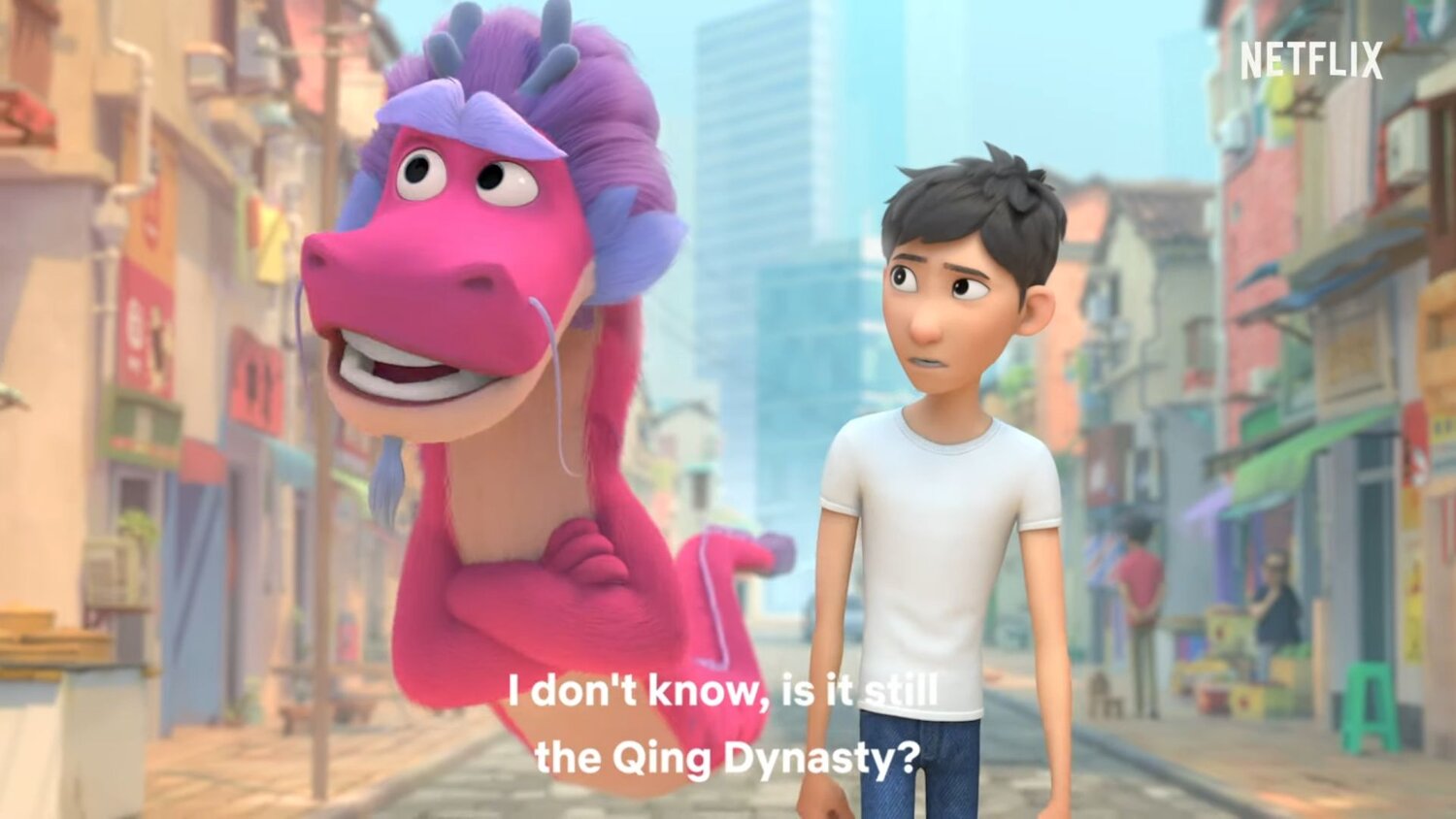 Netflix has released a new teaser trailer for the upcoming animated film Wish Dragon from Sony Animation. The film is a Chinese co-production and already released earlier this year in China, but Netflix is bringing it to more audiences this June. The series is based on a story by Chris Applehans who wrote and directed the film, which is a genie-in-a-bottle story set in contemporary China. The teaser looks so fun!

In Sony Pictures Animation’s Wish Dragon, Din (Jimmy Wong), a working-class college student with big dreams but small means, and Long (John Cho), a cynical but all-powerful dragon capable of granting wishes, set off on a hilarious adventure in modern day Shanghai in pursuit of Din’s long-lost childhood friend, Lina. Their journey forces them to answer some of life’s biggest questions – because when you can wish for anything, you have to decide what really matters.

Wish Dragon will release on Netflix on June 11 and features John Cho as the dragon, Jimmy Wong as the dragon’s new friend, as well as the voices of Constance Wu, Natasha Liu Bordizzo, Will Yun Lee, Bobby Lee, Jimmy O. Yang, and Ian Chen. Jackie Chan serves as a producer and according to FirstShowing.net he may have a voice cameo in the film.