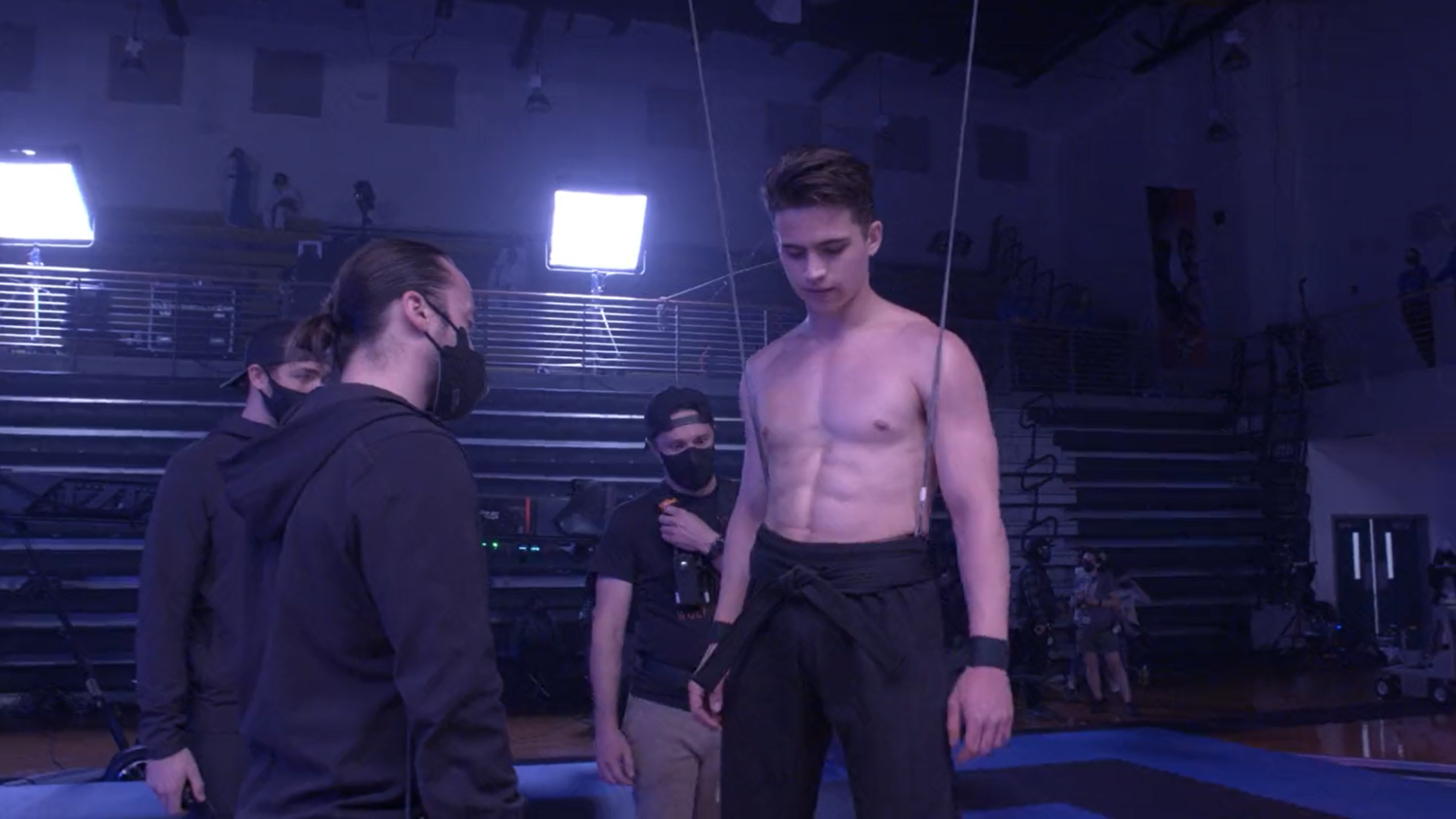 Netflix has released an awesome behind the scenes featurette from the making of our favorite karate show, Cobra Kai. The video goes into what it takes to bring us the awesome fight scenes and action sequences from the series, this season in particular. While the video doesn’t get into the nitty gritty of what went down at the end of this season, it does show off a few spoilery plot points that you may not want to see until you’re done watching Season 4.

Cobra Kai Seasons 1-4 are available to watch now on Netflix, and Season 5 is currently shooting, so expect another awesome season headed our way in the next year. Watch the video below, and let us know which fight scene was your favorite this season. Even though they didn’t get into the choreography of it in this video, mine was the prom after party.