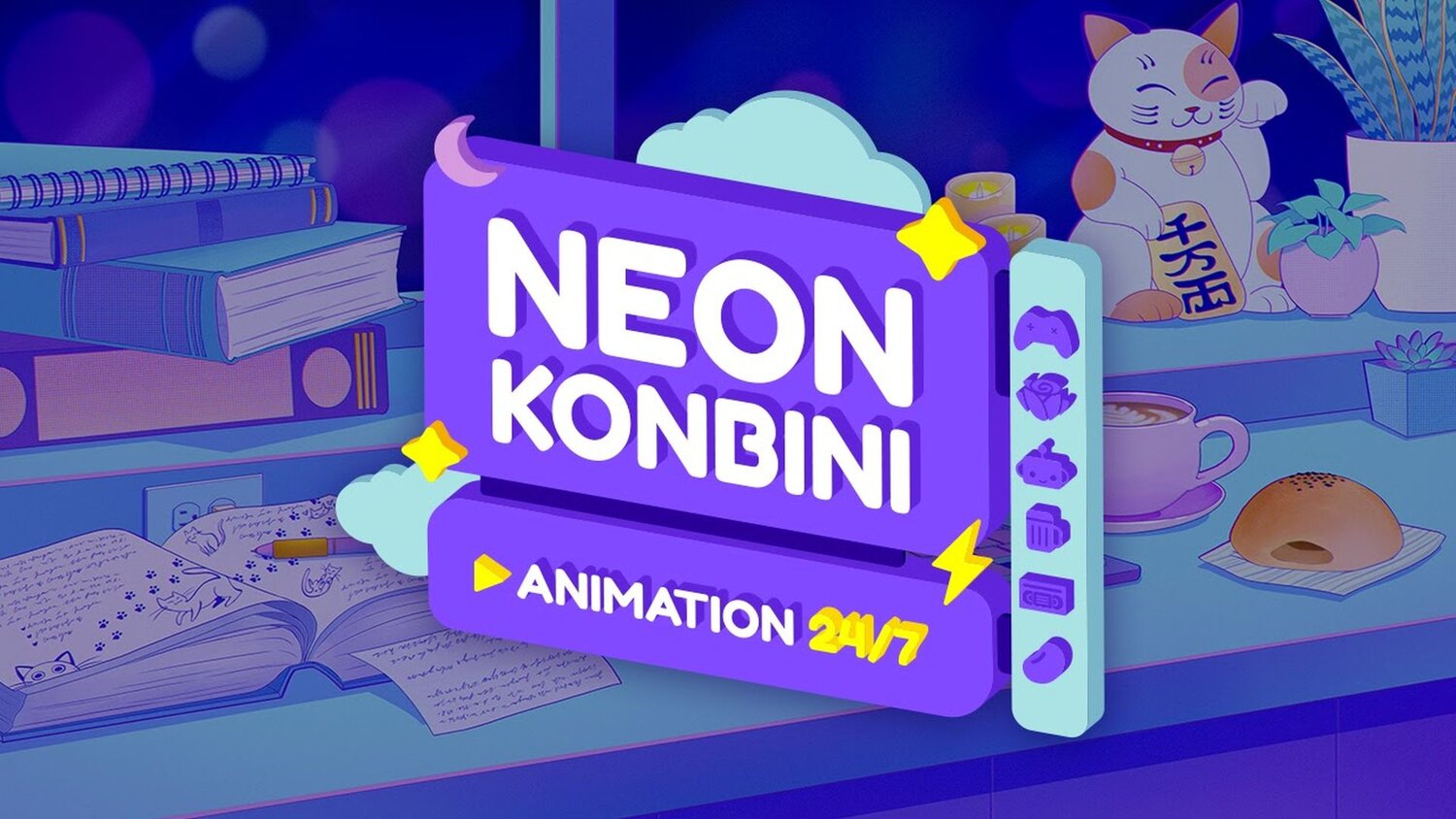 Neon Konbini is a new series from Rooster Teeth with various shorts compiled into a single episode. The series premiered last Friday and will run for 8 weekly episodes and is directed by Jordan Cwierz and produced by Sean Hinz. It features shorts like RWBY Chibi, Hero High, and brand new ones that vary drastically. The show is exclusive to First members (included in a VRV subscription), and Rooster Teeth was kind enough to give me the first 3 episodes to check out.

Due to the nature of the show, Neon Konbini is a grab bag. Not everything will be a hit, but the variety does allow for a very wide audience as one thing may not be popular with one person, but could be another’s favorite part of the show. For instance, there’s a section in each episode where someone (I imagine a staff member at Rooster Teeth) drunkenly talks about a random game that they enjoy. Some people are going to enjoy this while others think it’s boring as someone talks about Hamtaro: Ham-Ham Heartbreak. Here are some of the ones that I think have more potential.

RWBY Chibi is first on my list and probably the most recognizable. It’s already had a few seasons of being its own thing and has a fan base. The one thing that will divide fans is that we only get one of the segments per episode instead of the 3-5 segments that used to create an episode. Previously, episodes would feature shorts that typically tied together in some form and I hope that similar threads are still weaved in the new format.

Next is Hero High. This is a fantastic animated series from YouTube. Unfortunately, due to a lack of funding, the series had to be canceled after only a few episodes. It looks like it might get new life thanks to Neon Konbini and new fans are already falling in love. There is a catch though. Hero High episodes were roughly 4-6 minutes long (the premiere taking 8 minutes) and this means that for Neon Konbini, those episodes have to be cut. I’m hopeful that after they get caught up, they’ll be able to create new episodes that fit the short format a little better. I do want to applaud them though because it sounds like they touched up the audio and maybe even re-recorded some lines.

Human Beans is another interesting one that follows sentient beans in the human world. It’s weird but fun.

One of my favorite new shorts though is S.T.A.R. Bursters. This is a series that redubs some old anime and creates hilarious shorts. Each one had me laughing, but I think so far the second one is my favorite.

One thing that I don’t like about Neon Konbini is that all of the shorts are mixed together and not all of them seem to have titles which makes it a little annoying if you want to show someone a specific one. That’s just how these types of shows are though.

Overall, Neon Konbini is full of fun, weird, and amazing content. If you’re looking for fun things to watch, you’ll probably find a couple things to enjoy in this program. What’s your favorite short?