Magic in the making! While working with Megan Fox and Machine Gun Kelly on the set of Midnight in the Switchgrass, it didn’t take long for Randall Emmett to notice the costars’ spark.

Emmett “would get so caught up in the performance” because the Transformers star, 35, and the musician, 31, were “so amazing to watch.” Getting to see the couple interact behind the scenes was “special, for sure,” he said.

“Clearly, there was chemistry,” Lala Kent‘s fiancé added. “Clearly, there was a connection … but I was looking at it from a direction point of view and I was like, ‘Man, I’m a genius.’ Like, ‘They’re great! I’m so good at this!’”

The Florida native thought he’d found lightning in a bottle with his movie’s “incredibly talented” leads — and he wasn’t the only one who saw something special about Fox and Kelly.

“I remember after the first day of filming with them, I remember going home and … telling my sister and I was like, ‘God, man, that is some good stuff. Like, this is as good as it gets,’” Emmett told Us. “And people are coming up to me around the set saying, ‘God, they’re so good together.’ … I think when you have two people that love life so much, it’s so fun to watch and … I see them out and it just seems like they both are madly in love. They’re having the time of their lives.”

As for whether the director feels responsible for the steamy stars’ successful romance, he joked, “If it all started on my film, hey, that’s pretty cool.”

Fox and the “Bloody Valentine” artist were first linked shortly before Brian Austin Green announced in May 2020 that he and the New Girl alum had gone their separate ways. The former couple share sons Noah, 7, Bodhi, 6, and Journey, 4, and were married for nearly 10 years.

“From what she’s expressed, he’s a really just nice, genuine guy. And I trust her judgment. She’s always had really good judgment,” the Anger Management alum, 48, said on his “… With Brian Austin Green” podcast at the time.

In June 2020, Us confirmed that Fox and Kelly were “officially dating,” with a source noting, “They’re enjoying spending more and more time together and have a strong connection.” One month later, the couple sat down with Emmett and Kent, 30, for their first joint interview — and gushed over their instant spark.

“I was like, ‘Who is going to play this role?’ And [Emmett] was like, ‘Oh, we just got Machine Gun Kelly,’ and immediately, I was like, ‘Uh oh,’” the Jennifer’s Body actress teased. “I could feel that some wild s–t was going to happen to me from that meeting, but I wasn’t yet sure what. I just felt it like, deep in my soul.”

Fox felt a connection with the Big Time Adolescence star “right away,” calling him her “twin flame,” an even stronger version of a soul mate. “A twin flame is actually where a soul has ascended into a high enough level that it can be split into two different bodies at the same time,” she explained. “So we’re actually two halves of the same soul, I think. And I said that to him almost immediately because I felt it right away.”

Kelly is equally smitten by his girlfriend, who has been a longtime crush, and “basically worships the ground she walks on,” a source previously told Us.

“He would marry her in a heartbeat, but Megan isn’t in any rush to get married again right now,” the insider said in February. “She is enjoying the pace that their relationship is going in and is content with how things are currently.” 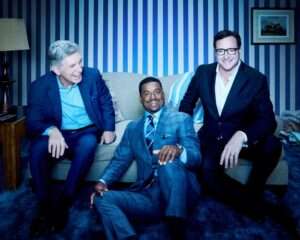 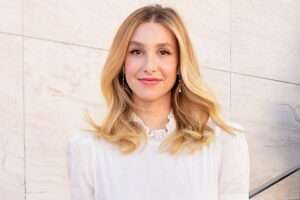 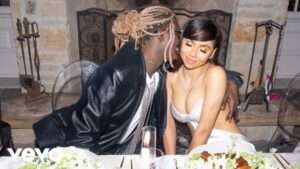