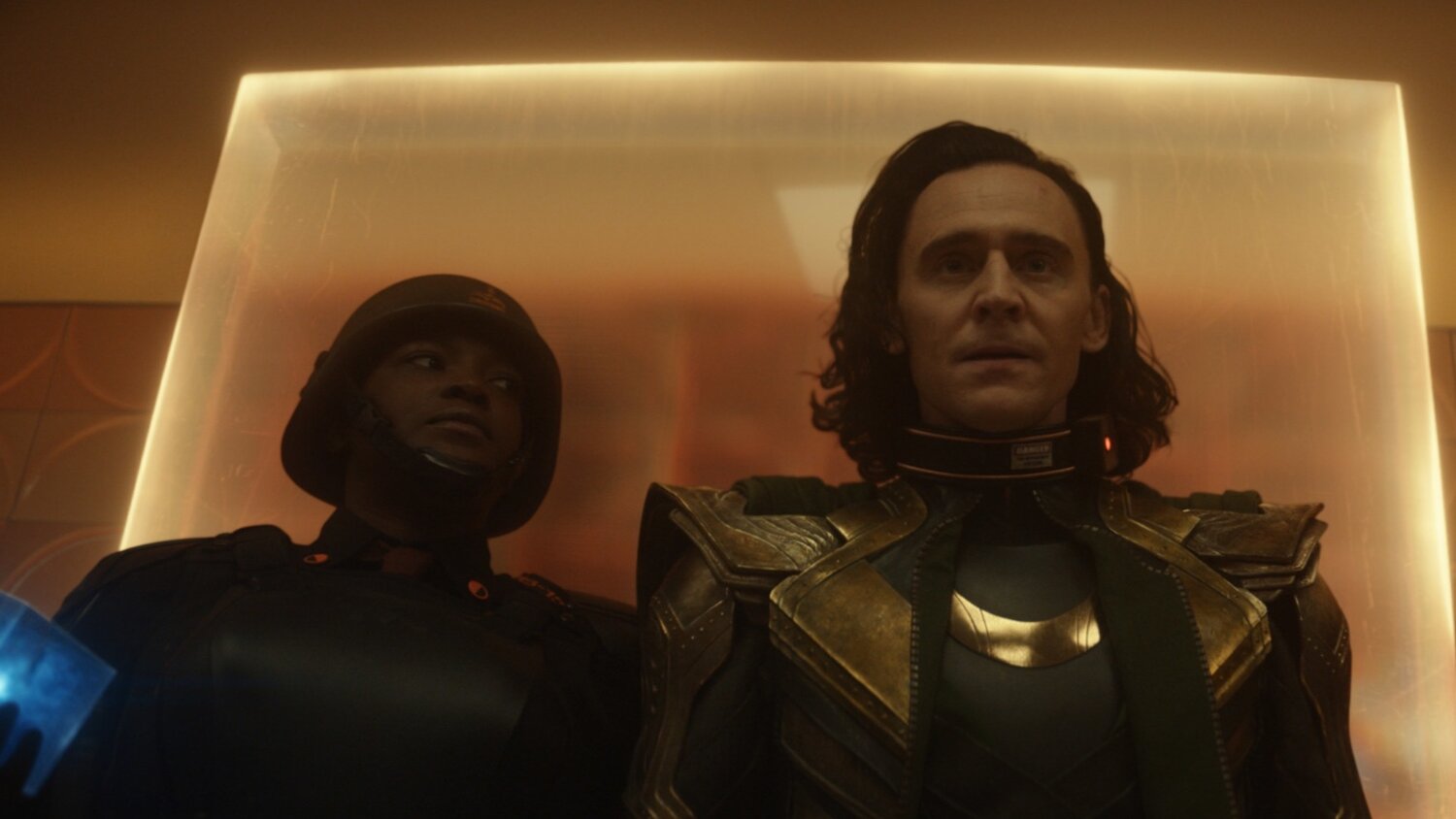 Marvel’s Loki is about make its big debut on Disney+, and I was lucky enough to watch the first two episodes. Before I dive into it, I’ll let you know that this is a spoiler free review.

Out of all the Marvel shows that have been in development for this first round of series projects, Loki is the one I looked forward to watching most. From what I’ve seen in the trailers, the show looked like it was going to be an absolute blast, and you know what? It totally is!

The first two episodes of Loki exceeded my expectations and were filled with a lot of surprising and unexpected things that I enjoyed. These first episodes did a fantastic job setting up what is sure to be one hell of a wild ride! I love how they are playing with the God of Mischief in this series. The creative team is going about it in a unique and unexpected way.

The story for the series picks up right after Loki escapes with the Tesseract in Avengers: Endgame. He is almost immediately captured by the Time Variance Authority, and that’s where his new and exciting journey begins.

As previously confirmed, Loki is recruited by Owen Wilson’s Agent Mobius to help them catch and stop multiple variant Loki’s from screwing up the timeline. The whole idea behind recruiting Loki is that the TVA need a Loki to catch a Loki.

There’s a lot of information thrown at us in these first two episodes. We are learning these things as Loki is learning them, and at the same time Loki is learning a lot of things about himself, things that the audience knows, but he doesn’t. It’s really interesting to see Loki reacting to certain things that he finds out. These things also affect his motivations as he works with the TVA.

There’s also an explanation behind the TVA and their purpose in the MCU. It’s actually incredibly fascinating, and there’s some great discussion about its purpose and those who are behind it between Loki and Mobius. I won’t get into the details here, I’ll leave that for you to discover as you watch the series for yourself.

It’s great to see Loki’s story continue in this series and I’m so excited to see how that story plays out over the course of the series. I’ve always enjoyed the character and he’s had a great story arc over the course of MCU films, but with this series, his story just got a hell of a lot more interesting.

Also, I just have to mention that I love Owen Wilson in this show! You just can’t help it! He plays such a likable character, and I really hope Marvel keeps him around for awhile.

The series also stars Gugu Mbatha-Raw, Richard E. Grant, and Sophia Di Martino. It was directed by Kate Herron, and Michael Waldron is the head writer. Kevin Feige is producing the series, and this creative team is delivering something truly special.