Get ready for a head-scratcher. Famed leaker Daniel Richtman is claiming that Marvel Studios is making sure Ryan Reynolds and Scarlett Johansson won’t work together in the MCU. The two stars were once married and have indicated that they don’t want to share a scene for the foreseeable future. Now it seems this may be enforced contractually, as Reynolds is reportedly trying to get a guarantee that Deadpool and Black Widow won’t meet on screen.

Now I know what you’re thinking. Scarlett Johansson’s Black Widow died in Avengers: Endgame and will pass the mantle to Yelena Belova (Florence Pugh) in the upcoming Black Widow, which is set between Captain America: Civil War and Avengers: Infinity War. Natasha’s death seemed final, so given that Deadpool isn’t expected to reappear until 2023 at the earliest, you’d think her being a rotting corpse on the other side of the universe would prevent a team-up.

Then again, with the MCU apparently set for some kind of multiversal calamity in Doctor Strange and the Multiverse of Madness, Loki and Spider-Man: No Way Home the writers at Marvel Studios seem to have been let off the leash. We’ve heard rumors of cameos from alternative versions of the Avengers, so who’s to say another Natasha Romanoff couldn’t hop over from a parallel dimension?

So, if this story is true, it’s probably a ‘just-in-case’ clause intended to avoid any potential awkwardness. And honestly, if you’re on bad terms with an ex, it wouldn’t be pleasant to have to work alongside them.

Whatever the case, right now Scarlett Johansson’s MCU swansong will be Black Widow, which is now coming out on July 9, 2021 in theaters and on Disney+. Meanwhile, Ryan Reynolds’ R-rated Deadpool 3 is currently in development with Bob’s Burgers writers Wendy Molyneux and Lizzie Molyneux-Logelin on script duties and aiming for a summer 2023 release. 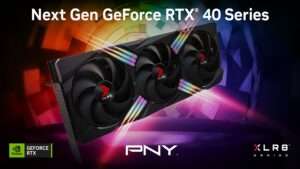