Metabolic-associated fatty liver disease (MAFLD) is a growing global health challenge and poses a substantial economic burden. A large-scale epidemiologic studyin China has identified links between long-term exposure to ambient air pollution and MAFLD. These links are exacerbated by unhealthy lifestyles and the presence of central obesity, report scientists in the Journal of Hepatology, the official journal of the European Association for the Study of the Liver, published by Elsevier.

The incidence of MAFLD has increased steadily since the 1980s, currently affecting a quarter of the global population and a majority of patients with adult-onset diabetes and poses a substantial global burden. In Asia, MAFLD increased to 40% between 2012 and 2017. Formerly known as nonalcoholic fatty liver disease (NAFLD), it may progress to end-stage liver diseases such as cirrhosis and liver cancer, liver transplantation and liver-related death.

“The MAFLD epidemic corresponds to environmental and lifestyle changes that have occurred alongside rapid industrialization worldwide, especially in many Asian countries,” explained lead investigator Xing Zhao, PhD, West China School of Public Health and West China Fourth Hospital, Sichuan University, Chengdu, Sichuan, China. “A growing number of studies have suggested that ambient air pollution, which is the biggest environmental problem caused by industrialization, may increase the risk of metabolic disorders such as insulin resistance and dyslipidemia, and related diseases such as type 2 diabetes mellitus and metabolic syndrome. However, epidemiologic evidence for the association was limited, so we conducted this research to improve our understanding of the effects of air pollution on human health and also to help reduce the burden of MAFLD.”

Investigators conducted an epidemiologic study on the potential role of ambient air pollution in the risk of MAFLD in approximately 90,000 adults in China based on the baseline survey of the China Multi-Ethnic Cohort (CMEC), a prospective cohort that enrolled nearly 100,000 participants in southwest China from 2018 to 2019. The CMEC collected participant information including sociodemographics, lifestyle habits, and health-related history through verbal interviews performed by trained staff and subsequently assessed anthropometrics, biosamples (blood, urine, and saliva), and imaging data.

Researchers found that long-term exposure to ambient air pollution may increase the odds of MAFLD, especially in individuals who are male, smokers, and alcohol drinkers, and those who consume a high fat diet. Unhealthy lifestyle behaviors and an excess accumulation of fat in the abdominal area may exacerbate the harmful effects.

“Our findings add to the growing evidence of ambient pollution’s damaging effects on metabolic function and related organs,” commented Dr. Zhao and his co-investigators. “However, physical activity did not seem to modify the associations between air pollution and MAFLD. We suggest that future studies explore whether the timing, intensity, and form of physical activity can mitigate the harmful effects of air pollution.

The investigators propose that air pollution should be recognized as a modifiable risk factor for MAFLD. Populations at high risk should be aware of the air quality in the areas where they live and plan their activities to minimize their exposures to air pollution.

In an accompanying editorial, Massimo Colombo, MD, San Raffaele Hospital, Liver Center, Milan, Italy, and Robert Barouki, MD, PhD, University of Paris, Inserm Unit T3S, Paris, France, noted that the assessment of the major determinants of mortality worldwide by WHO showed that global pollution topped the list, ranking higher than smoking, alcohol consumption, and major infectious diseases, and that air pollution, the most critical component of global pollution, is likely to be responsible for millions of deaths per year worldwide.

“A better characterization of the liver exposome is expected to improve prevention and precautionary counseling,” commented Dr. Colombo and Dr. Barouki. “Indeed, whereas physical activity together with a healthy diet stand as a primary pillar in the fight against metabolic syndrome associated morbidities, including MAFLD, the findings that ambient pollution could exacerbate MAFLD risk might offer new clues to refining the counseling of these patients, for instance by restricting exposure of risk populations to open air settings at high level of pollution, as is recommended for patients suffering from severe asthma. It also constitutes an additional incentive for decision makers to speed up the efforts to conform with the WHO guidelines and limits on air pollution, as many cities in Europe and worldwide are still well above those limits.” 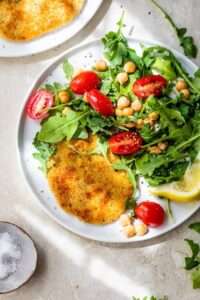 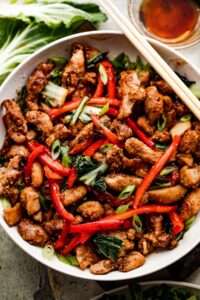