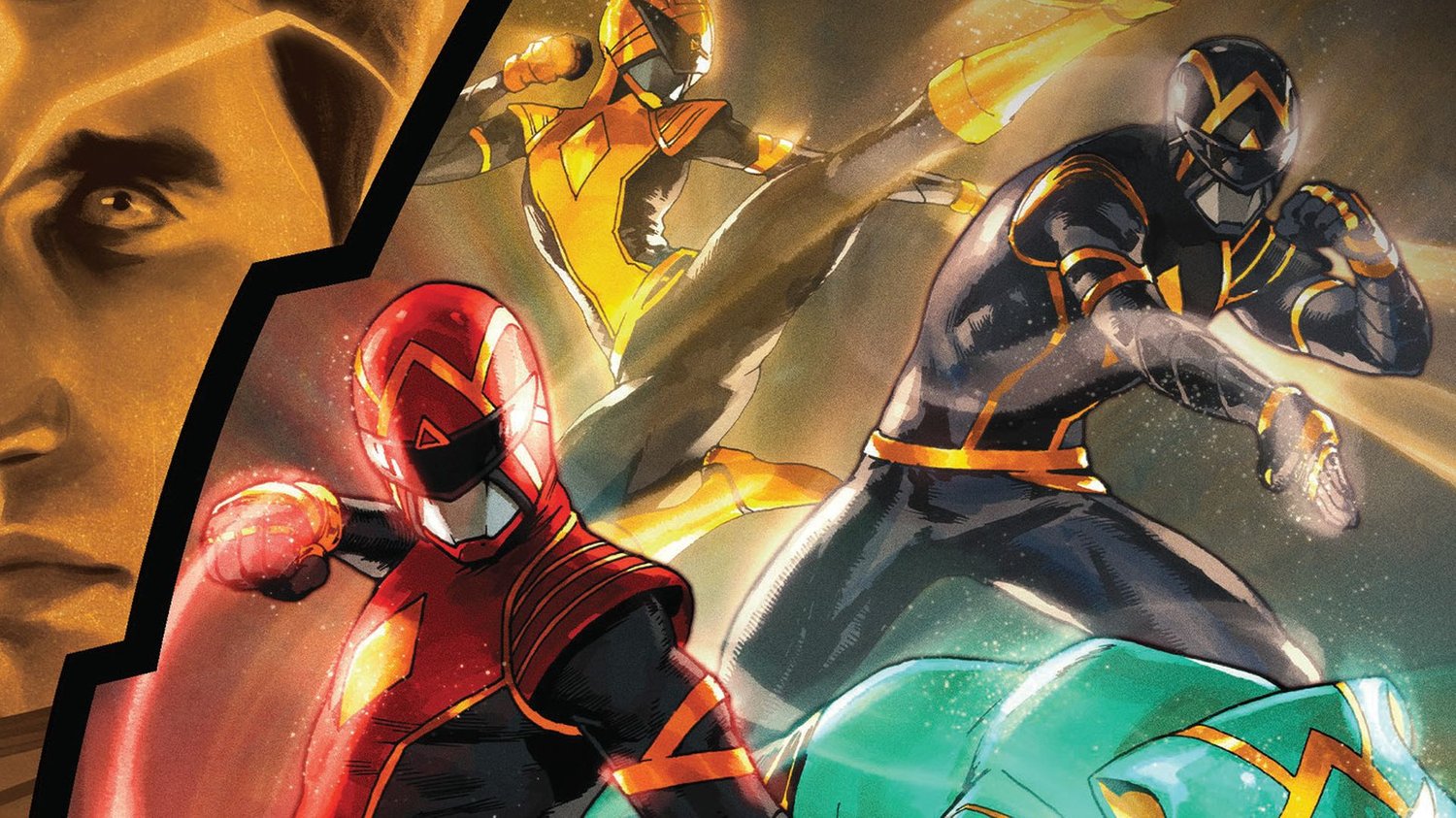 Picking up where the preview left off, the Power Rangers are struggling to hold off the Eltarians. They’ve go the Sentry Force Four and a horde of foot soldiers to deal with and they’re refusing to call in the Zords as it would break Zordon’s rules. Tommy tries baiting Zartus into joining the fight and Zartus basically just laughs at Tommy and talks about how weak and stupid humans are. This is when the game changes as the Omega Rangers arrive.

With the aid of the Omega Rangers, the Eltarians have a lot more to worry about and it looks like the Rangers might actually be able to fend off the alien force. I particularly love when Yale tackles the portal-hopping Zag. It just brings a smile to my face. Sadly, Zartus has a trump card called the Empyreals who arrive and just decimate Promethea. The Omega Rangers are able to use the Master Arch to get all the Rangers to safety even if some, like Kim, would rather stay and fight a losing battle. I can’t say I blame Kim. It would be hard to not be stubborn and/or tenacious in trying to defend my home from evil aliens, but they do need to regroup.

That’s not all that happened in this issue though. Bulk and Skull are streaming the fight and I really hope they’re okay after the Empyreal attacks. They seemed to have been pretty close to the action, but surely they’re fine. Maybe captured, but that’s it. Right? In addition, an Empyreal shows up to the moon and blows up Bandora’s Palace. Zedd called it and he watches as the Empyreal unleashes his attack. There’s also the matter of Billy and Alpha.

Those two have been captured by some Eltarians and Alpha’s being questioned about what they were doing when he initiates a security protocol that takes out two of the guards and then he pushes the third into a laser cage and fries him. Holy crap Alpha! The two then try to find a place to be able to teleport to Promethea, but when they get there they can’t get a hold of Grace and Billy knows something bad has happened. Before they can get out, Zedd’s generals arrive pointing weapons at them and even know that Zordon’s remains are in the container. This is when Jason shows up to grab Billy and Alpha and breaks the news to the bad guys that the Moon Palace and Zedd are gone because of the Empyreals. He then invites them to come with them to live or be blown up. As they go through the portal, the Command Center is destroyed and Zartus claims Earth for Eltar.

There’s quite a bit in this last section. First, I don’t think Zedd is dead. Zedd sent his generals on a specific mission and he knew Zartus would send the Empyreals to destroy him. I think the mission was to grab Zordon’s remains and possibly bring him back for some reason. I also think he had an escape plan. Zedd’s been shown to be an incredibly smart and prepared person. I would find it very hard to believe he didn’t have a plan for escaping this mess. Second, I love how Jason invites the generals to go with them. They’ve fought countless times and yet, he’s still willing to show them mercy. I imagine they’ll team up to fight off Zartus, but maybe I’m wrong. Third, I find it interesting that Finster has a gun of some kind, but then no longer is holding it after hearing about the potential death of his boss. Could he be in on Zedd’s plan? Probably.

What do you think happened to Zedd? What will be the Rangers’ next move?