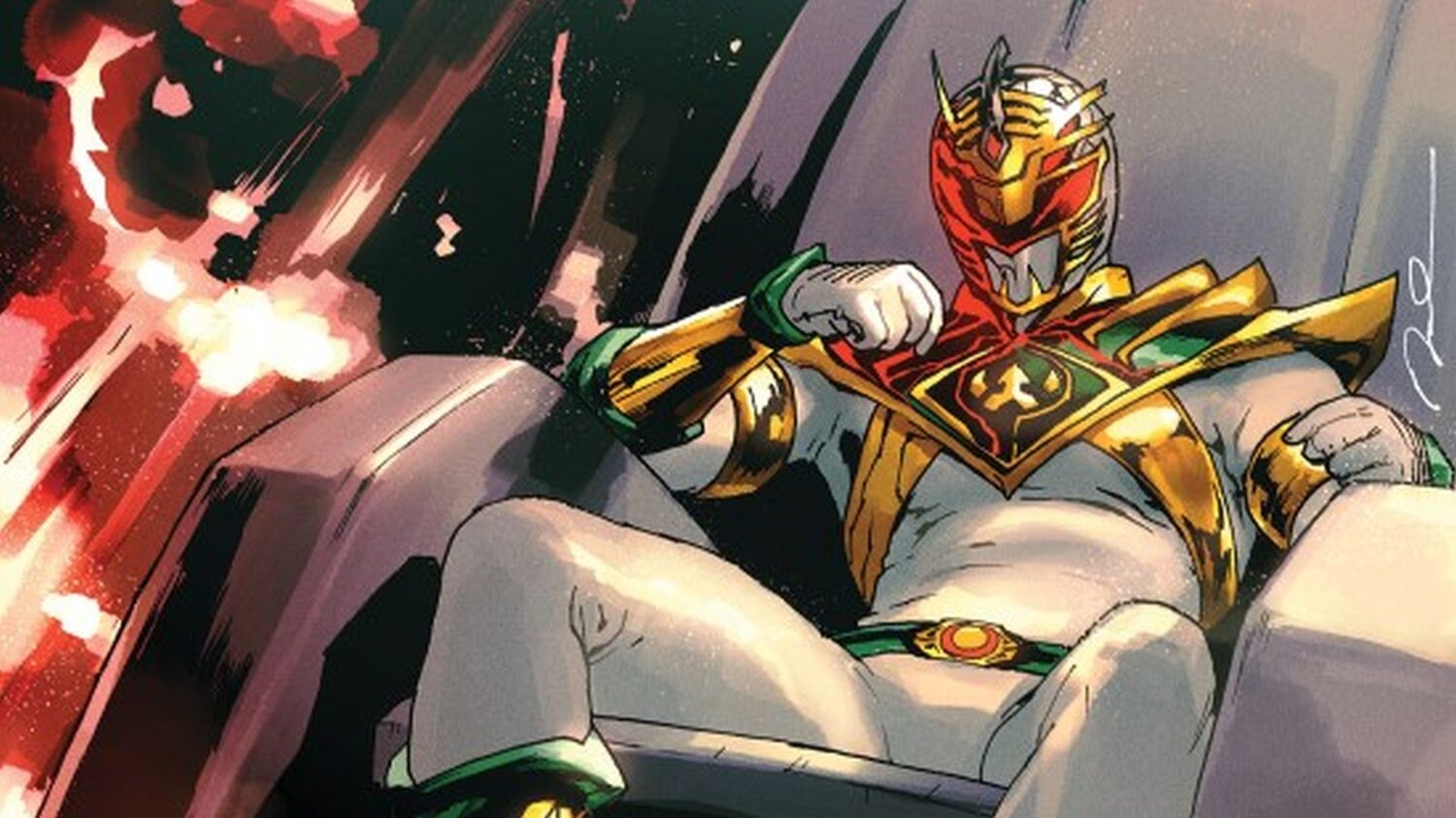 This issue is a real downer. In the preview, we saw the Empyreals rip the Yellow Emissary apart, and Drakkon’s betrayal of the Omega Rangers comes full circle. Jason tries to reason with Drakkon, but Drakkon has resigned himself to the universe being doomed. At this point, Zartus shows up and raises the final Empyreal who pledges allegiance to him. The three Empyreals then begin the destruction of whatever world the Rangers are on, and then we hear a bit of their personalities as they don’t want to work for Zartus and are eager to no longer work with him saying that for now they “tolerate his will.” Could they end up being the end of Zartus in the upcoming Eltarian War?

The Rangers are able to survive the initial catalyst that has sent the world on a downward spiral to self-destruction, but they’ve got a lot of problems. They don’t know where they are, they don’t have a ship, lava is rising, they don’t have food or water, they can’t call the Omegazords, and the only chance they have of reaching out is by praying that Xi’s corpse is able to get a message out. This is actually heartbreaking as Trini is the one sending messages. She explains as much as she can, and she’s desperate. She knows that their chances of survival are almost nil and so there’s no point in keeping her identity a secret. She even has a message for her parents hoping that they’ll be proud of her. She does start to say something else, but the transmission ends because the batteries die. What could it be!?

Meanwhile, Zack keep hallucinating that the emperor of Hartunia is there. He eventually comes clean to his companions and explains himself. I don’t know that they necessarily like it, but they’ve got more pressing matters when the confession happens.

Before that confession, Jason has been spending his time trying to connect to the Red Emissary like Trini did with the Yellow Emissary on Safehaven. Unfortunately, the difference is that the Yellow Emissary wasn’t destroyed yet. Jason’s desperate and doesn’t have any other ideas which is 100% fair.