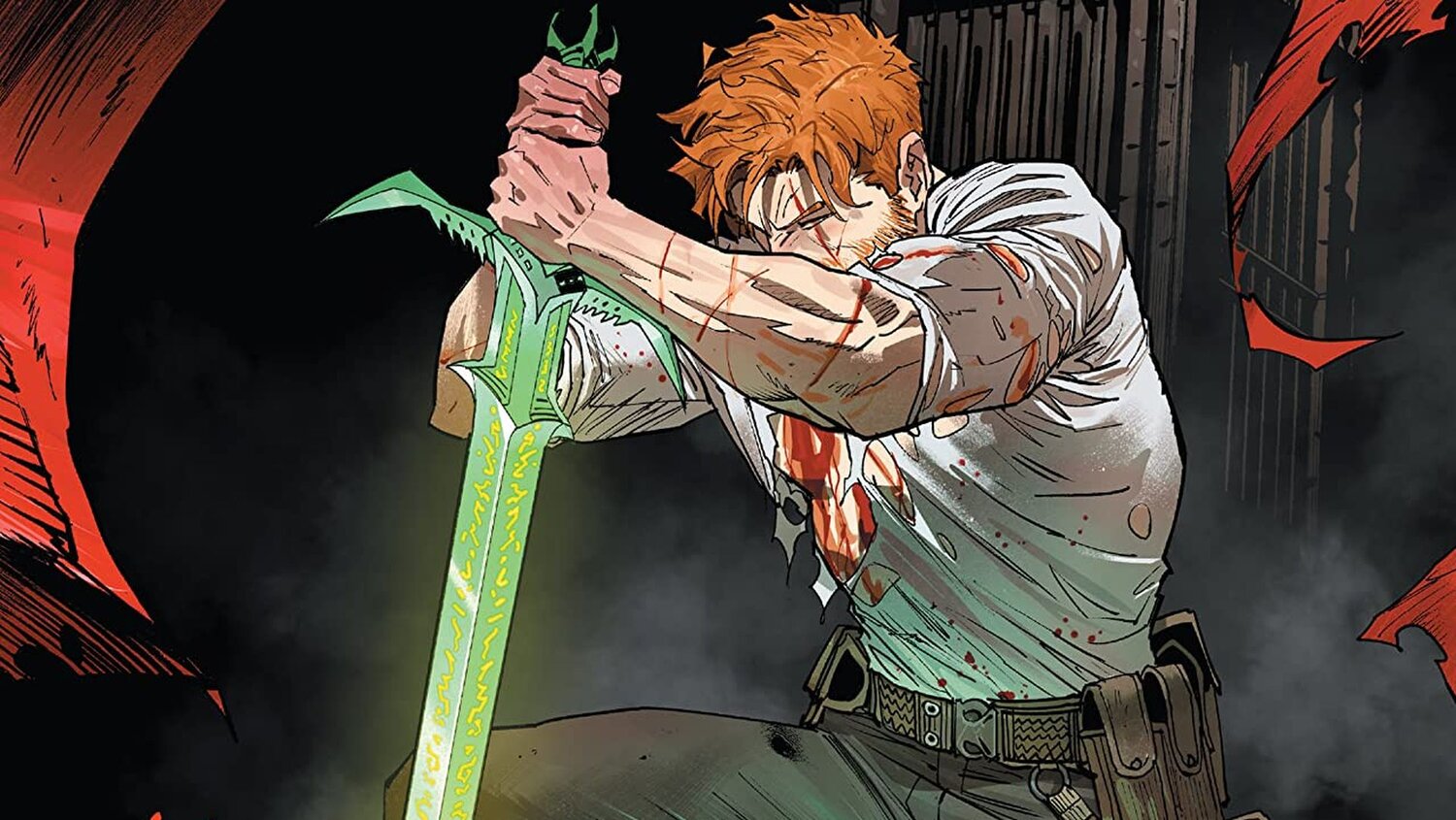 Picking up where the preview leaves off, Duncan and everyone barely make it back to the real world. The soldiers are all very shocked. Hempleworth is also shocked, but not as much which makes sense since he’s known about this stuff. Rose, Duncan, and Bridgette head back to the retirement home to relax for New Years and have a drink. Meanwhile, Hempleworth is giving a report to the Prime Minister. Arthur is basically dying in the meantime since Galahad was unable to bring him the Grail. Cue crap hitting the fan.

The Prime Minister has lost it and is looking for a war to unite the people. This is not how any world leader should do. Well, James, one of the soldiers with Hempleworth comes in during the briefing and starts explaining in more detail what’s going on. Hempleworth doesn’t like this and tries stopping him, but is unsuccessful. The Prime Minister then gives a press conference which pre-empts all the television programming and he releases footage from James’ body cam form his little adventure in Otherworld.

To quote Bridgette, “NO!” Why are politicians so stupid? Now that the people know about Otherworld it restores Arthur back to closer to full power than we’ve seen. This is terrible news. He then is able to teleport to the press conference and decapitates the Prime Minister. Rose is blown away since this is what her reading the other day was telling her and Bridgette and Duncan are at a loss of what to do.

This is a ripe old mess that has happened. Right when they almost had things under control, the stupid politician had to treat it like a game. I love the final panel full of monsters, by the way. I think that’s gorgeous.

From here, I have no idea what’s going to happen I could see a small time skip taking place, but I can also see it picking up roughly from where we’re at. What do you think of where Once & Future has gone?