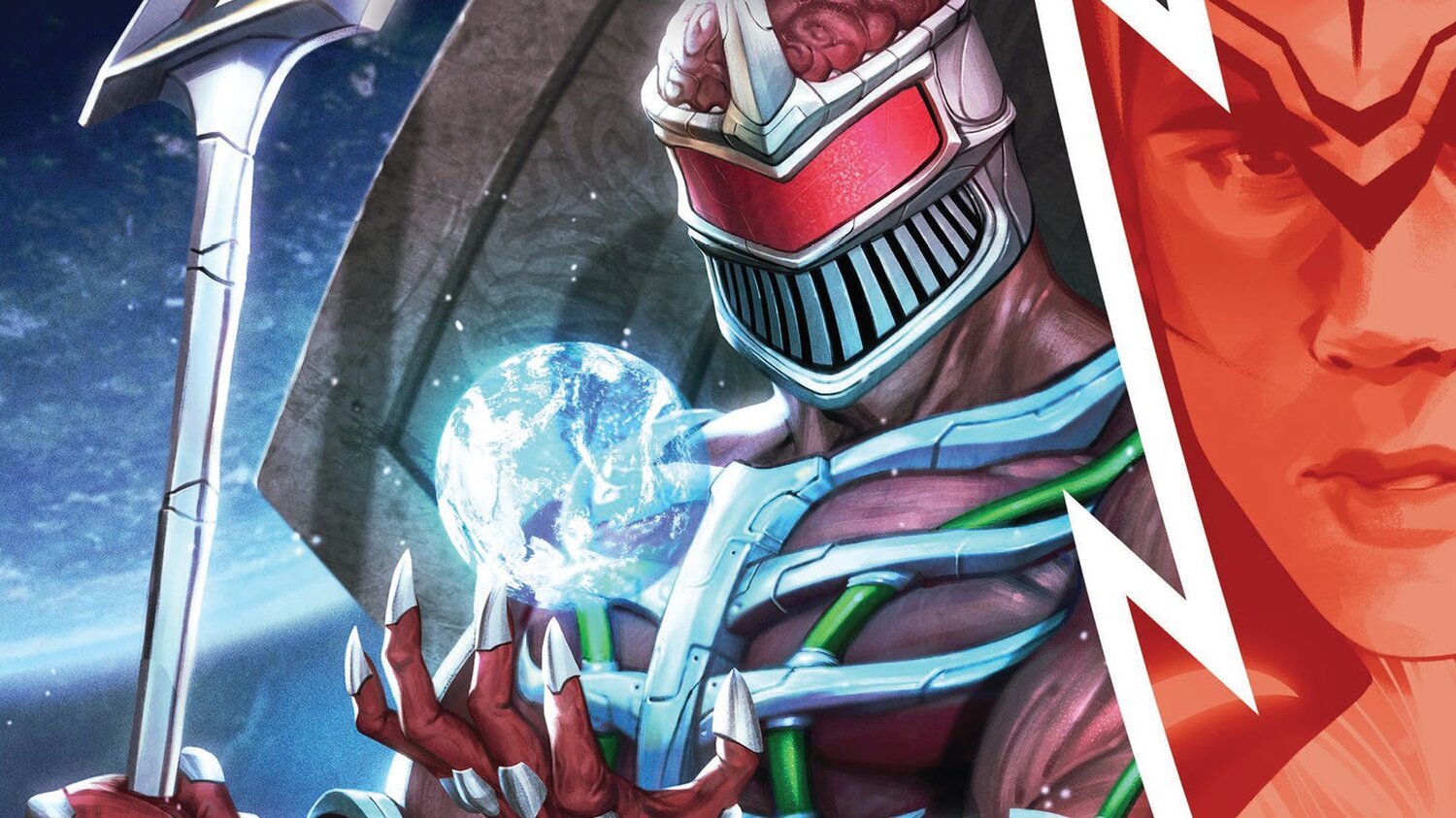 Picking up where the preview ends, Bulk and Skull are talking to some other kids who are also making a documentary about life inside the shield. Bulk loses his temper a few times, and the other kid, Brady, doesn’t want to share footage with them because they’re competing. Skull is softer and explains that he just wants to look at footage hoping to find Candice who has been missing for a few weeks. Brady agree,s and it is hurting Aisha that they can’t tell Skull anything about what happened. I feel really bad for Skull, but I am glad he’s able to stay somewhat calm.

We’re going to lump everything that happens on the moon later on. The Rangers arrive at the dog park because they got some dangerous energy readings. Matt is there for the same reason, but pokes fun at the Rangers and how all six of them are there for a “routine sweep.” Sure enough, the Rangers find a putty that was disguised. Tommy and Matt fight each other more than the putty while the others use the Power Blaster to annihilate the putty. After that’s done, all the Rangers except Billy are teleported back to the Command Center. Matt feels bad for Billy and thinks it’s because of him that Billy’s in trouble, but Billy corrects him.

At the Command Center, Zordon tells everyone about what Billy did, and as they’re true friends, they all want to give him some slack and the benefit of the doubt. Zordon is not so fond of this and even mentions looking for a replacement Blue Ranger. At this point, Zartus enters the Command Center. He jokes a bit with Zordon and the Rangers are a little shocked to see this side of Zordon and learn a bit more of who Zordon once was, and then Aisha asks the all important question of why the leader of Eltar is at Earth. Zartus explains that he’s there to free Zelya (Candice’s Eltarian name) from Lord Zedd and to form an alliance with Earth. I think this is going to develop in a very interesting way. We know that Zartus is working with the Empyreals to some degree. Could this story be leading to Zordon leaving Earth?

Let’s talk about Zelya on the moon. She’s locked up in Zedd’s prison, and Squatt and Baboo bring her some food. It’s all blue and they’re proud of that. Is the Eltarian diet just blue food? That would be a little weird, but very Power Rangers. She then freaks out Squatt by reading his mind. I think this is more of a mentalist thing and not really a mind reading thing, but it’s kind of funny to see Squatt so terrorized.

Next we see her, she’s doing some one-handed pushups. Then, Zedd shows up to talk to Zelya. She gets ready to fight Zedd and he pulls out a weapon from no where and pins her to a wall leaving her to ask what the heck? He explains that he’s been killing Eltarians for centuries and claims to know the truth about Eltarians and hwo they’re conquerors, not champions or protectors. Zelya doesn’t believe him but he says that he plans to tell her a story and then she’s free to go. No torture, no brainwashing, just a story. This is going to lead to Mighty Morphin #10 which has an awesome figure on the cover that many believe to be Zedd and I’m excited!